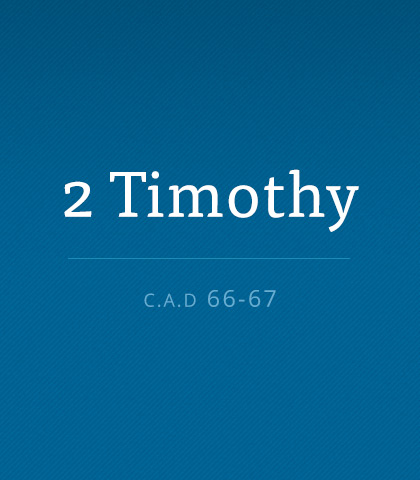 Second Timothy offers a picture of Paul at the end of his ministry, just before his death. Details reveal a man settling his accounts.

Read more about the book of Second Timothy.

Leadership isn’t for the faint of heart—not because it’s so demanding (though it is) but because it’s so isolating. This was true of Paul. All his life, he was engaged in the nitty-gritty of ministry. But sitting in a dark dungeon awaiting death, loneliness crept into his lap and refused to leave. So Paul took his pen and wrote his friend.

Grace to the Very End

Being trustworthy means showing up, ready and available, season after season. Showing up is a crucial part of faithfulness—and sometimes the hardest part.

Many pastors offer easily accessible, appealing content. But it hides a weak gospel. The teaching may look tasty and easy to swallow, but it’s shallow—a meal with no nutrients.