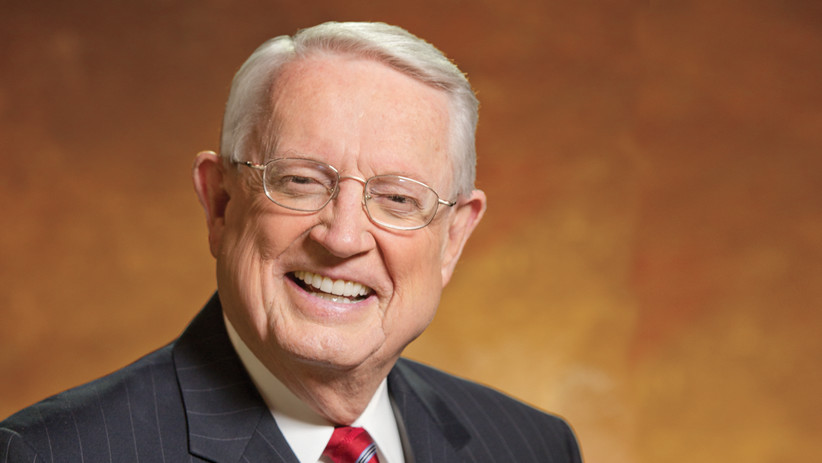 Charles R. Swindoll has devoted his life to the accurate, practical teaching and application of God’s Word and His grace. Since 1988 he has served as the founder and senior pastor-teacher of Stonebriar Community Church in Texas, but his listening audience extends far beyond a local church body.

His international radio program Insight for Living has aired for more than 35 years. Chuck’s trademark humour, integrity, and authenticity have made him one of this century’s most beloved and trusted preachers.

Chuck’s extensive writing ministry has also served the body of Christ worldwide and his leadership as president and now chancellor of Dallas Theological Seminary has helped prepare and equip a new generation for ministry. Chuck and Cynthia, his partner in life and ministry, have four grown children, 10 grandchildren, and two great-grandchildren.

While on the island of Okinawa during his tour of duty in the United States Marine Corps, Chuck recognized the Lord’s call to devote his life to ministry.

After being honourably discharged from the Marine Corps, Chuck enrolled in Dallas Theological Seminary. Chuck’s course of study and the lifelong mentors he met there have permanently marked his life and ministry.

As a pastor, Chuck has received the following awards.

As teacher on Insight for Living, Chuck has received the following awards.

As a writer, Chuck has received the following awards.

Find out more about our history in Canada