The Problem with Progress 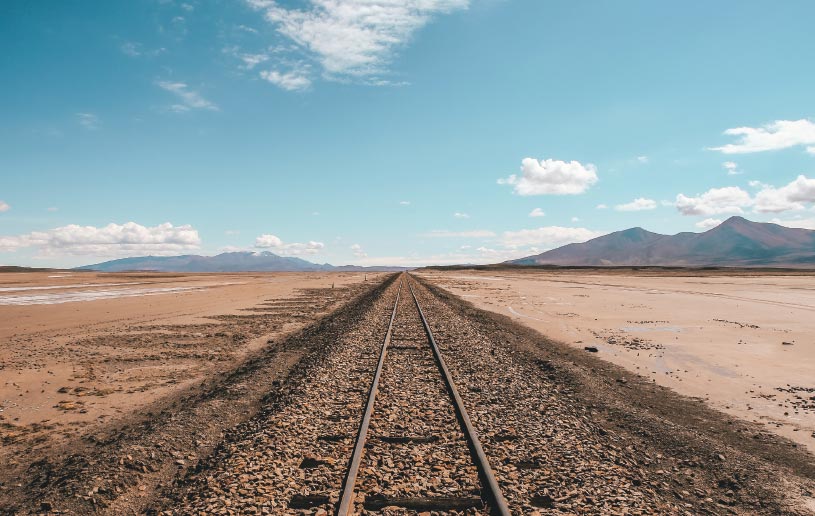 Looking back on it, it is admirable, almost heroic. We salute visionaries of yesteryear. They emerge from the pages of our history books as men and women of gallant faith. We shake our heads in amazement as we imagine the herculean courage it took to stand so confidently when the majority frowned so sternly. Yesterday’s progress earns for itself today’s monuments of stone.

Looking back, we laud those who refused to take no for an answer. We quote them with gusto. We even name our children after them.

But today? What do we do with such creatures today? We brand them as irritating malcontents, reckless idealists who simply won’t sit down and be quiet. Today’s progressive dreamers are seen as permissive, wild-eyed extremists.

Not showing much corporate promise (since they hate the status quo mould), most of them have a tough time going along with the system. They in fact loathe the system. But what they lack in diplomacy they make up for in persistence. Co-operative they’re not. Resilient they are. Give most of them a couple hundred years and they’ll be virtually knighted. But at the present moment, they seem nuts.

I can scarcely think of a half dozen churches today, for example, that would so much as consider having Martin Luther candidate for the pulpit. It’s doubtful that very many of you in business would hire Thomas Edison or Leonardo da Vinci into your company. And which evangelical seminary would chance turning over its students majoring in systematic theology to a firebrand like John Knox? Or tell me, how would an emotionally charged free spirit like Ludwig van Beethoven fit the stuffy chair of any university’s department of music? And who today would choose to go into battle with a blood-n-guts, straight-shooting commanding officer like George Patton or “Howlin’ Mad” Smith? For that matter, how many votes would a crusty, outspoken, overweight visionary like Winston Churchill...or the rugged Andrew Jackson get in our day of slick government and touch-me-not bureaucrats and politicians? You think we’d respect their progressiveness and value their vision? Don’t bet on it. People didn’t in their day.

I came across a rather remarkable letter purportedly written over 150 years ago by Martin Van Buren to President Andrew Jackson. The contents? A strong, critical warning that the “evil” new railroads would disrupt business, boost unemployment, and weaken our nation’s defence. Historians may debate the authenticity of this little epistle, but see if the underlying tone doesn’t sound vaguely familiar.

The canal system of this country is being threatened by the spread of a new form of transportation known as “railroads.” The federal government must preserve the canals for the following reasons:

One. If canal boats are supplanted by “railroads,” serious unemployment will result. Captains, cooks, drivers, hostlers, repairmen and lock tenders will be left without means of livelihood, not to mention the numerous farmers now employed in growing hay for horses.

Two. Boat builders would suffer and towline, whip and harness makers would be left destitute.

Three. Canal boats are absolutely essential to the defense of the United States. In the event of the expected trouble with England, the Erie Canal would be the only means by which we could ever move the supplies so vital to waging modern war.

As you may well know, Mr. President, “railroad” carriages are pulled at the enormous speed of fifteen miles per hour by “engines” which, in addition to endangering life and limb of passengers, roar and snort their way through the countryside, setting fire to crops, scaring the livestock and frightening our women and children. The Almighty certainly never intended that people should travel at such breakneck speed.

How wildly progressive can you get? Just imagine the shock of the Almighty(!) as those iron horses began to rumble by at such “breakneck speed.” It may be amusing in our day of moon shots, Concorde jet flights to London, and intercontinental ballistic missiles, but when the late Governor Van Buren dispatched that epistle in the winter of 1829, he was sober and serious as a judge. The very idea of a President even tolerating such a thought smacked of temporary insanity. Maybe the heat from Old Hickory’s “kitchen cabinet” was getting to him.

Are you an eagle-type, soaring to heights beyond your peers? Do you find yourself bored with the maintenance of the machinery...yawning through the review of the rules...restless to cut a new swath...excited rather than intimidated by the risks? Don’t expect pats on the back or great waves of applause. Not today. Chances are good you’ll lose a few jobs, fail a few courses, ruffle tons of feathers, and be the subject of the town gossip. Mavericks who don’t colour within the lines are also notorious for not staying within the fences. And that makes folks terribly uncomfortable.

There’s something about that old progressive giant that currently casts a shadow on your genius. But take heart! Many an alleged heretic today will be a hero tomorrow. Which is another way of saying, “first the cross, then the crown.”

Subscribe to our monthly magazine
Date:
July 19, 2019
Type:
Topic:
Back to Top