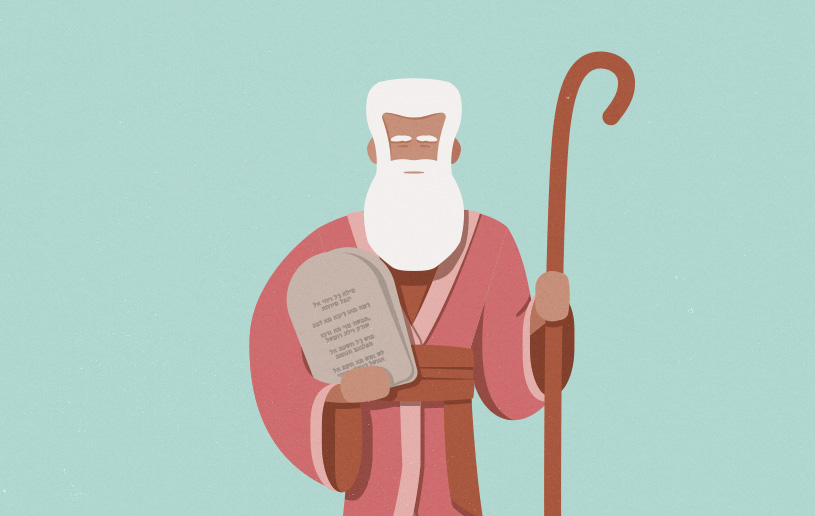 One of the most misunderstood literary types in the Bible is the law, which includes Leviticus, Deuteronomy, and chapters 20 to 32 of Exodus. Some scholars also include the rest of Exodus as well as Genesis and Numbers.

The law was the written expression of God’s expectation for His chosen people, Israel. It contained their civil, ceremonial, and moral law. It established the ways they were to live in community with one another and provided instructions on how to worship the one true God in their covenant relationship with Him.

The law also gave the Israelites boundaries with regard to the cultures around them. Many things in the law trouble us today because we don’t understand that the Israelites were intended to stand apart from the cultures surrounding them as a testimony to their unique relationship with God. The law was put in place so they would always keep in mind that their holy God dwelled among them and they must separate themselves from unholy things.

While the law was a covenantal gift to God’s people, it is not our covenant law as Christians. We live under the new covenant, so interpreting the old covenant law can be challenging at times.

Here are some general characteristics about the law to help us understand it.

1.  It is typically conditional

This is the type of covenant that contains promises made by a sovereign (God) to subordinates (Israel), conditional upon their obedience to Him.

2.  The law serves to prepare us for the new covenant in Christ

3.  Old Testament laws are commands to be obeyed when they are renewed in the New Testament

For instance, the New Testament renews specifically each of the Ten Commandments, except the Sabbath command (Exodus 20:8–11). And Jesus renewed the first, second, and third commandments with His prescription that we are to “love the Lord your God with all your heart, all your soul, and all your mind” (Matthew 22:37).

4.  Old Testament laws are principles to understand when they are not renewed in the New Testament

For example, kosher dietary laws were extremely significant to Hebrew life (Leviticus 11). But these laws are not renewed in the New Testament, and in fact are specifically not enforced for Gentile followers of Jesus (Acts 15:28–29). While they are not required for Christians today, they teach the principle that God cares about our diet and health, and wants us to behave in ways which are distinct from the pagan culture in which we live.

5.  Laws given to a specific person or groups retain illustrative principles for life today

An example of this is the command against sacrificing an animal outside the Tent of Meeting (Leviticus 17:3–4). Now that the Tabernacle is no more this clearly cannot be obeyed literally. But this law illustrates that God wants us to bring our offerings to Him in worship today.

What are the steps to interpret and apply the law?

First, identify what the particular law meant to the initial audience using grammatical and historical tools.

Second, determine the difference between the initial audience and believers today. Is the law repeated in the New Testament for believers and if so in what way?

Third, if it is not a binding law for us what are the universal and theological principles from the text?

Fifth, apply the modified universal principle today in the context of grace. Obedience does not earn God’s favour. Rather it positions us to receive what God’s grace wants to give (Ephesians 2:8–9).