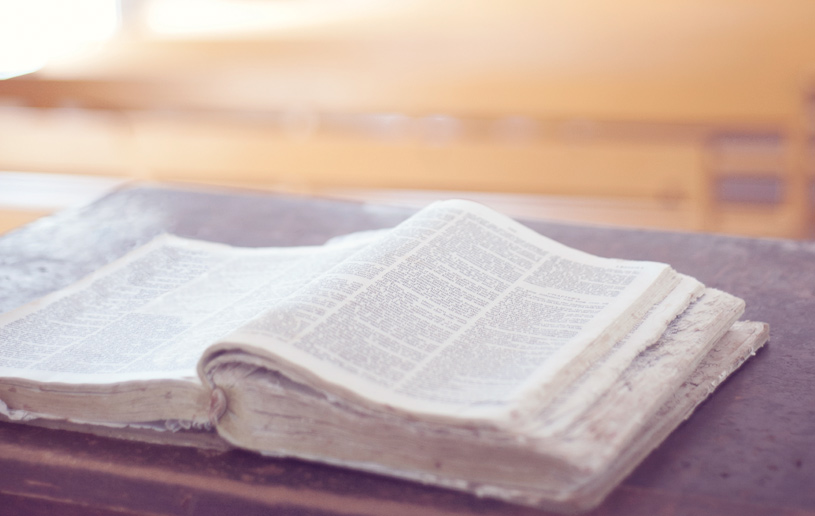 A number of years ago, a friend dropped by my study. He's a true friend, one who knows me well…and loves me, warts and all. He also speaks the truth in love, which is exactly what he did in the last 20 minutes of our visit that day.

I could tell we weren't through when he closed his folder. He had that look of unfinished business as he tilted his head and took a deep breath. I appreciated his reluctance; he didn't want to come storming into a somewhat sensitive subject…but he couldn't leave without looking at me squarely in the eyes and saying some hard things.

“Go ahead…tell me what's eating away at you,” I urged. “Well, I don't know how I should say these things, Chuck. But I can't just ignore them either. The fact is, I'm concerned.”

“Concerned about what?” I probed.

“You. This recent decision you've made to add the presidency of Dallas Seminary to your responsibilities. It's not the decision itself; I'm pleased with that. It's what it could do to you. I mean, you already have a lot on your plate...and now you're adding this. I'm concerned that you might get so busy you'll start cutting corners in your preaching. I've never worried about you falling morally. But I do worry that you could be tempted to decrease your time with God. It could easily become less important to you. I want to urge you: Do not let that happen. We need you to continue doing original work, reading widely, thinking deeply…and speaking with the kind of depth and passion we have come to expect.”

He said several other equally important things, which I'll not forget. As he finally stood to leave, I walked over and embraced him. I told him how much I appreciated his words, the genuineness of his heart, the courage of his warning.

He left as he had arrived—quietly, unobtrusively. I sat back down, swallowed hard, and sighed. His visit was both timely and memorable. Not only did he need to say those things, I needed to hear them. Solomon's words, which I often quote, bore fruit that day. “Faithful are the wounds of a friend” (Proverbs 27:6 NASB).

You need to know, just as my friend did, that I remain deeply committed to pastoring the local church. It's my primary passion, regardless of any additional roles I undertake. Whether you listen to sermons on the Insight for Living broadcast or sit in a pew at Stonebriar Community Church, you have every right to expect me to feed the flock carefully prepared meals…and not stumble into the traps that litter the path of over commitment. As my mother used to say, “Congregations should be fed good diets of solid meat, not a bunch of pea-patch stories. They should never leave hungry. Do your job, Charles.”

Ours is a day of superficiality. If you can fake it, you're often admired as being clever, not criticized for being phony. The ministry is no exception. People trust ministers to be diligent and spiritually sensitive, to do their homework and think creatively, to remain fresh and innovative, to stay excited about their callings, faithful in prayer, and pure in their motives.

But the painful truth is that we ministers can be lazy, indifferent, perfunctory, controlling, and mean-spirited. We're not above predictability or plagiarism, especially if we've not managed our time well. I know of few professions where envy can be more prominent or pride can be more manipulative. It's easy to learn how to hide those ugly faces behind pious masks.

So…at the risk of appearing stronger than I am or coming across in tones too religious to be real, I'm going to risk making a few promises to you that I made to my friend many years ago. They're just as important today as they were then.

First, I promise to keep doing original and hard work in my study. No hectic schedule of mine will rob you of a strong pulpit or Bible-teaching ministry. You deserve the best of my efforts.

Second, I promise to maintain a heart for God. That means I will pray frequently and fervently. I will stay devoted to Him and to the things of my calling. I won't simply talk about doing those things…I'll do them.

Third, I promise to remain accountable. Living the life of a religious Lone Ranger is not only unbiblical, it's dangerous. I am committed to being open with other men of integrity.

Fourth, I promise to stay faithful to my family. My wife deserves my time, affection, and undivided attention. Our now-grown children and grandchildren, the same. I won't forget that, no matter what.

Fifth, I promise to be who I am. Just me. No amount of public exposure will turn my head—scout's honour. If I start acting sophisticated, remind me how disgusting it looks, how ridiculous shepherds appear when they start using pious words, trying to strut their stuff. I plan to keep laughing, saying things a little off-the-wall, hanging out with the guys who aren't impressed, and making a few mistakes each month. Sort of keeps the ol' humanity gears greased.

I have my friend to thank for these thoughts. He deserves the credit. He's like my mother with guts enough to remind me, “Do your job, Charles,” to warn me of potential pitfalls, to remind me that he's not ready to put an X across the face of another minister he once respected.