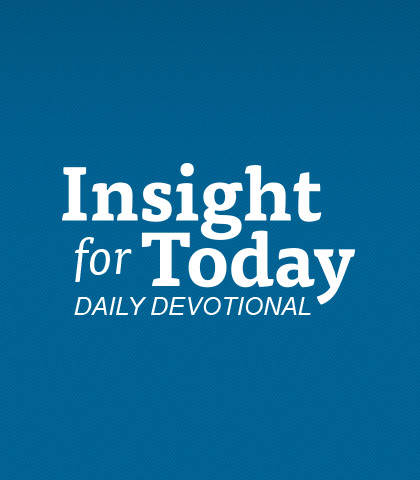 Articles of this Type

The Voice of God

You can't always tell from Scripture whether God's voice is audible or "heard" by some other means. When Saul (later Paul) was on the road to Damascus, he heard the voice of the resurrected Jesus talking to him in a vision, and the sound could be heard by his entourage. It was audible.

The setting is Israel before the glory days of King David. There has been a long period—a couple hundred years—of intermittent warfare, cycles of events during which Israel would suffer invasion followed by famine; then a judge would emerge and win a temporary peace.

Nine months before that wondrous night in Bethlehem, the Father sent His Son. Christ willingly left His seat of absolute power in heaven, set aside the voluntary use of His divine authority, and became a helpless infant. As a human, subject to all the pains and sorrows and limitations that affect us all, He would mature, learn, minister, suffer...and die. If the Father was willing to release His own Son to us, what could be so much more precious to us that we would withhold it from Him?

This isn't a movie. As far as Abraham was concerned, the drama didn't have a surprise ending. The knife goes up in order to bring it down into his son's chest or across his throat, and what will happen next is the death of his boy. This is real! This is faith in the wild where the stakes are incredibly high—life and death!

Some of you parents may find yourselves in a similar situation as you read these pages. Your relationship with your child may have reached a point where you have no other choice but to commit him or her completely to God's care. You would love to work out the details, but you cannot. You know the Lord is good, and you have prayed for a resolution, but nothing has changed. Only God can intervene.

But I do know that when God does a transforming work in you that involves a trial, He's not testing other people; He's testing you. Because this experience is designed for you, it isn't necessarily required or even appropriate for you to share the whole story with everyone else. Or, for that matter, with anyone else. Occasionally, strength is mustered in keeping it to ourselves...completely.

This has to be one of the toughest questions any parent has to consider: Do I adore the gifts God gives me more than I adore the Giver? Have I begun to worship the relationships that God has granted me rather than the One who gave me these delights?

Each of our children grew to become a self-sustaining, responsible servant of Jesus Christ, in his or her own way. As God intended from the beginning, we released them to follow their destinies.

Sadly, in an alarming number of churches today, God's people are being told what they want to hear rather than what they need to hear. They are being fed warm milk, not solid meat. A watered-down gospel may attract large crowds (for a while), but it has no eternal impact.

All those going through a storm need to be engaged in the process. No one is promised a magical escape clause. Passivity is faith's enemy. It isn't an acceptable option to fold our arms and wait for the storm to pass.