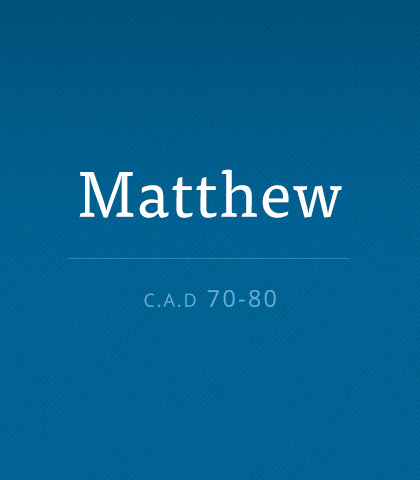 Matthew wrote his account of Jesus' ministry to show that Jesus was and is indeed the King, Israel's long-awaited Messiah.

Read more about the book of Matthew.

Pastor Chuck Swindoll draws out timely truths from Matthew 9:35–10:10 for those who follow Jesus today, working in God’s mission with similar motives and methods as the disciples themselves.

Sheep among Wolves: What to Expect

In this exposition of Matthew 10:11–31, Pastor Chuck Swindoll gives straight talk about living in a treacherous world. Learn how the presence and power of Christ frees us from fear.

A Severe Checklist for Disciples

Pastor Chuck Swindoll digs deep into the words of King Jesus to help us plant them deep within our hearts and so fortify our resolve to follow Him when the going gets tough.

God not only moves in unusual ways, He also moves on uneventful days. He’s just as involved in the mundane events as He is in the miraculous. His hand is in it all.

One of the most remarkable eras in the history of the church occurred during the first century. Shortly after Christ had left the earth, His disciples (who became apostles) led congregations into new and exciting vistas of faith. Though young and relatively inexperienced, the believers who comprised the first-century church showed evident marks of maturity…the children were now growing into adolescence!