Your Testimony | Insight for Living Canada
Skip to main content 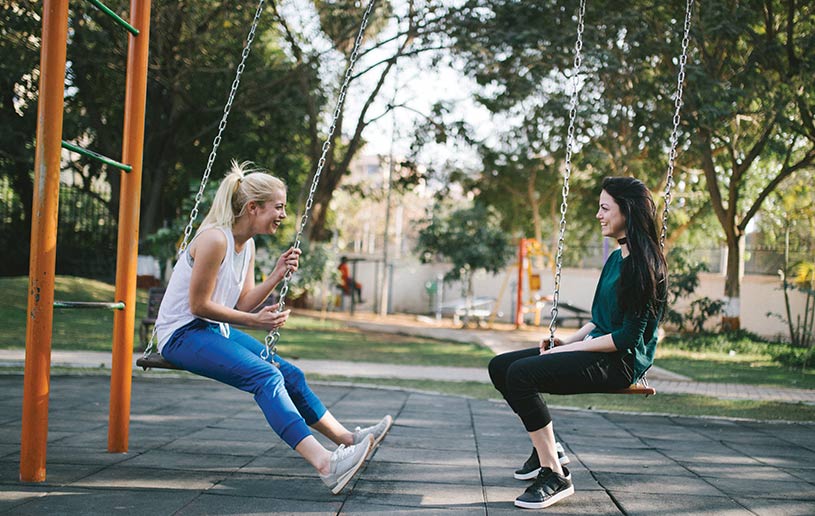 One time-honoured and effective method of evangelism is the giving of your personal testimony. The skeptic may deny your doctrine or attack your church, but he or she cannot honestly ignore the fact that your life has been changed. The skeptic may stop his or her ears to the presentations of a preacher and the pleadings of an evangelist, but this person is somehow attracted to the human-interest story of how you found peace within.

Believe me, the steps that led to your conversion and the subsequent ramifications are far more appealing and appropriate to the non-Christian than a pulpit exposition of John 3 or Romans 5. If you have not discovered the value of telling others how God rearranged your life, you’ve missed a vital link in the chain of His blessing.

On six separate occasions between Paul’s third missionary journey and his trip to Rome, he stood before different audiences and presented Christ to them (Acts 22–26). Six times he stood alone. Six times he addressed unbelievers, many of them hostile and rude. Do you know the method Paul used each time? His personal testimony.

Each time he spoke, he simply shared how his own life had been changed by the invasion of Christ and the indwelling of His power. Not once did he argue or debate with them. Not once did he preach a sermon. Why? Because one of the most convincing, unanswerable arguments on earth regarding Christianity is one’s personal experience with the Lord Jesus Christ. No persuasive technique will ever take the place of your personal testimony. I challenge you to give serious consideration to thinking through and then presenting the way God saved you—along with the exciting results of His presence in your life.

Think of three specific and important changes Christ has accomplished in your born-again life. These can become a part of your spoken testimony to unbelievers. And, if you know your testimony could use some written work and planning, schedule a time for it now—and write it on your calendar. This is exciting stuff!

Believe it or not, your personal testimony is one of the most powerful and compelling tools God has given you in reaching nonbelievers with the Gospel. Now, I’m not talking about the common, garden-variety, churchy “braggamony.” We have all yawned and groaned as others rambled and preached their way through a so-called testimony—which was about as fresh, appealing, and tasty as warm, month-old lettuce.

That kind of testimony never attracted anyone!

I’d like to help you carry out the project of preparing your testimony, that it might become an effective, powerful missile launched regularly from your lips into the ears of the unsaved. Consider these five suggestions:

No one, no matter how gracious, enjoys being bored. It’s a contradiction to talk about how exciting Christ really is in an uninteresting way. Work on your wording, your flow of thought, your key terms. Remember, the person isn’t saved, so guard against religious clichés and hard-to-understand terminology.

I suggest that you think of your salvation in three phases...and construct your testimony accordingly: (a) before you were born again—the loneliness, lack of peace, absence of love, unrest, and fears; (b) the decision that revolutionized your life, and (c) the change, the difference He has made since you received Christ.

3.     You want the moment of your new birth to be clear, so be specific

Be extremely careful here. Don’t be at all vague regarding how you became a Christian. Speak of Christ, not the church. Refer to the decision you made, the moment of time when you received the Lord. Be simple and direct. Emphasize faith more than feeling.

4.     You want your testimony to be used, so be practical

Be human and honest as you talk. Don’t promise, “All your problems will end if you will become a Christian,” for that isn’t true. Try to think as an unbeliever thinks as you are speaking. Refuse to pick theological lint. Restrain yourself from plucking the wings off religious flies. Theoretical stuff doesn’t attract his or her attention as much as practical reality.

5.     You want your testimony to produce results, so be warm and genuine

A smile breaks down more barriers than the hammer blows of cold, hard facts. Be friendly and sincere. Let your enthusiasm flow freely. It’s hard to convince another person of the sheer joy and excitement of knowing Christ if you’re wearing a jail-warden face. Above all, be positive and courteous.

Give thought to this, my friend. Ask God to open your lips and honour your words...but be careful! Once your missile hits the target, you’ll become totally dissatisfied with your former life as an earth-bound, secret-service saint.