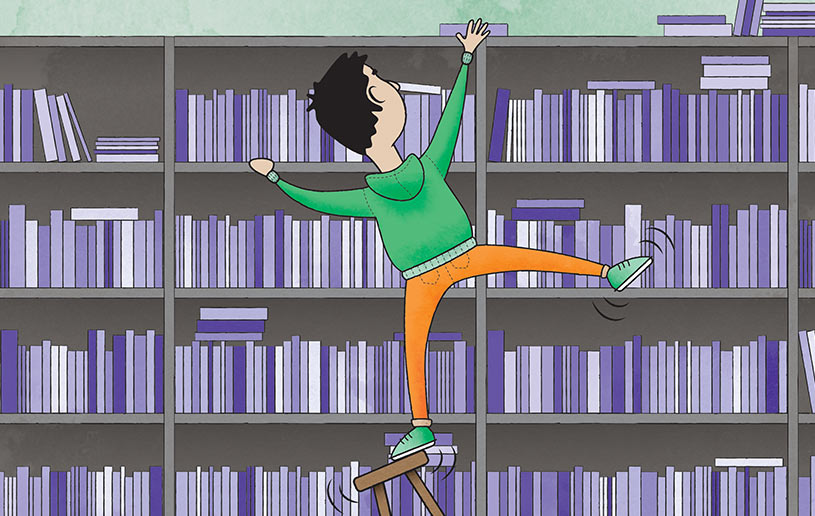 If I said, “Once upon a time, long ago, and far away there was a magic kingdom,” you would surmise I was telling you a fairy tale. That’s because different literary forms have recognizable features. We don’t interpret fairy tales in the same way as historical narratives. Once we identify the features of the writing, we can determine the type of literature we are dealing with and apply the appropriate methods of interpretation.

People have always been concerned with how to live happily and successfully. They have also been concerned with some of life’s bigger questions such as, “Is there meaning to life?” “Why do I exist?” “What gives my life purpose?” Throughout history, people have written brief, memorable sayings to help others, particularly the young, navigate through the complexities of life toward success and happiness. In many of the ancient civilizations, including ancient Israel, this kind of writing was called “wisdom literature.” We find some of this in the Bible.

The Bible’s wisdom literature was different from that of Israel’s neighbours because it was rooted in the theology that God has created an orderly universe with both a natural and moral law. God has wired his creation according to those laws. Wisdom seeks to discern and the wise strive to live in harmony with that law. That is why fearing the Lord is the first and controlling principle to gaining wisdom (Proverbs 1:7). The Lord, who made all things, is the great presupposition to all true knowledge.

While the wisdom literature of the Bible is scattered through parts of the Old Testament it’s mostly found in Job, Proverbs, Ecclesiastes, and some Psalms. It is identifiable by its various themes, such as contrasting the wicked and the righteous, the fear of the Lord, practical advice about life, and those big life questions like, “Why do the righteous suffer?”

Wisdom literature is also identifiable by the forms it takes. There are proverbs, which are short, pithy expressions of experience, observational statements about life, admonitions and warnings, and even wisdom hymns and prayers like Psalm 1.

It is also identifiable by stylistic features and characteristics, such as parallelism. Some parallelism shows comparisons and similarities, some shows contrasts. Still other types are synthetic, where the second line completes or supplements the first line.

All of this can seem very academic so here are some general keys to remember when interpreting and applying wisdom literature.

1. The purpose of wisdom writing is not to teach theology but to make us wise and able to discern truth from error in everyday life and make righteous life choices.

2. The writers of wisdom literature were not making promises. They were giving brief general truth about life based on observation and experience filtered through biblical revelation. The briefer the statement is, the less likely it is to be totally precise and universally applicable. This means while they are generally true, they can’t be claimed as a promise to hold God to. Some wisdom writing is merely descriptive, showing life as it is. “A bribe is like a lucky charm; whoever gives one will prosper!” (Proverbs 17:8). Some is prescriptive, attempting to influence behaviour, “The Lord detests the use of dishonest scales, but he delights in accurate weights” (Proverbs 11:1).

3. Wisdom literature uses many figures of speech and stylistic devices to make a memorable point. Hyperbole is deliberate exaggeration. Similes make comparison. Stylistic devices such as parallelism, repetition, and synonyms are used for emphasis. Unless we recognize the many different figures and stylistic devices we will make all kinds of strange misinterpretations.

4. It is important to correctly understand the characters of wisdom literature. A fool is not dim-witted but rather an unbelieving pagan. The simple are those who are immature and naive. The sluggard is one who is unproductive and lazy. And the mocker is one who is antagonistic and hard-hearted.

5. Context determines meaning. Wisdom writing needs to be fully contextualized to include its historical context of the Ancient Near East and to be read as a whole collection. Job needs to be taken as a whole rather than by single verses or chapters to comprehend how God’s justice is vindicated in light of human suffering. Ecclesiastes can only be understood when viewed from the context of living a life as if God doesn’t exist. Problematic passages in all wisdom writings need to be understood in the context of the rest of Scripture.

All wisdom literature is to point us forward to Jesus who made ultimately wise decisions and lived a perfect life in the midst of this broken world. It helps us see our foolishness and need for His grace.