True Teamwork: What It Takes | Insight for Living Canada
Skip to main content

True Teamwork: What It Takes 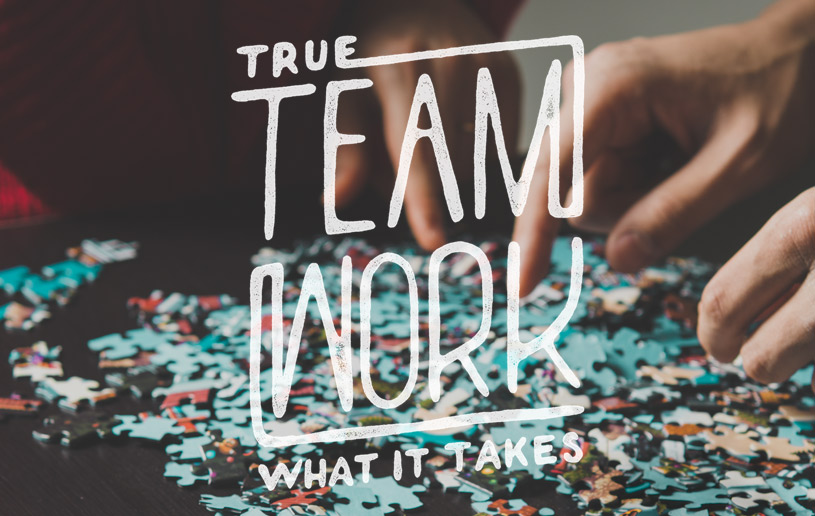 As a lifelong admirer of President Abraham Lincoln, I have devoured more than a few biographies about him. Among the best was Team of Rivals by Doris Kearns Goodwin, a volume that presents Lincoln’s brilliant political act of enlisting into his cabinet some of the men who had run against him. Surrounded by a team that didn’t believe in the viability of the Thirteenth Amendment and pressured by men in his own party to compromise with the South to end the war sooner, Lincoln refused to fold. He challenged his peers to rise above their doubts, to act upon their shared goal of ending slavery in America, and to press hard against the opposition. In the end, Lincoln’s convictions carried the day. Against all odds, clinging to hope against hope, he led this team of rivals to achieve the defeat of slavery.

John Stemmons, a well-known Dallas, Texas, businessman, was asked to make a brief statement on what he considered foundational to developing a good team. His answer was crisp and clear: “Find some people who are comers, who are going to be achievers in their own field...and people you can trust. Then grow old together.”1

One of the best illustrations of that was the Billy Graham evangelistic team—the inner core of people whose names are now legend. In a day of job hopping and a Lone Ranger mentality, it is refreshing to remember such a close-knit circle of capable and gifted people, each one different and distinct, growing old together yet still very much a solid team.

Don’t misunderstand. Group loyalty is not blind allegiance or harbouring incompetence. Neither is it nepotistic prejudice, which conveys the idea that everyone else is wrong except our little clique. Nor is it so tight and so proud that it appears closed and secretive. Rather, there is freedom to be, to develop, to innovate, to make mistakes, to learn from them...all the while feeling loved, supported, and affirmed. Such a context has been called “management by friendship.” Instead of suspicion and putdowns, there is trust that builds esprit de corps within the team. Stress is held to a minimum because love flows and laughter is encouraged. Who doesn’t develop in a secure environment like that?

In another bestselling biography, American Caesar, William Manchester introduces his readers to an in-depth acquaintance with Douglas MacArthur. He helps us feel closer to that strong personality as he digs beneath the intimidating exterior and unveils many of MacArthur’s magnetic characteristics as well as strange quirks. At one part, the author analyzes the remarkable loyalty that Colonel MacArthur elicited from his troops during World War I. How did he pull it off? Here is Manchester’s analysis in a nutshell: He was closer to their age than the other senior officers; he shared their discomforts and their dangers; he adored them in return.2 Regardless of the man’s well-publicized egomania and emotional distortions, MacArthur possessed a major redeeming virtue that eclipsed his flaws in his men’s eyes and fired their passions: he genuinely and deeply cared for them.

Nothing—absolutely nothing—pulls a team closer together or strengthens the lines of loyalty like love. It breaks down internal competition. It silences gossip. It builds morale. It promotes feelings that say, “I belong” and “who cares who gets the credit?” and “I must do my very best” and “you can trust me because I trust you.”

Jesus’ team of disciples was hardly the epitome of success when they got started. If there ever was a “team of rivals,” this was it! One would have wondered why the Lord selected them. The genius of His plan was not immediately obvious. But by the end of the first century, no one would fault His selection. Except for the betrayer, they were “comers,” they proved themselves “achievers in their own field,” and they became “people you can trust.” Ultimately, they were responsible for turning their world upside down...or should I say right side up? Whichever, no group in history has proven itself more effective than that first-century evangelistic team, the inner core of Christ’s men.

Maybe you are in the process of putting a group together—a special team of people to accomplish some significant objectives. Here’s a tip worth remembering: instead of just going for big names or starting with a few hotshots, look for some comers, achievers in process, truly trustworthy folks. Love them to their full potential as you cultivate a long-haul friendship. Then watch God work. A team drawn together by love and held together by grace has staying power. I suppose we could call that growing old gracefully.

Subscribe to our monthly magazine
Date:
February 2, 2016
Type:
Topic:
Back to Top