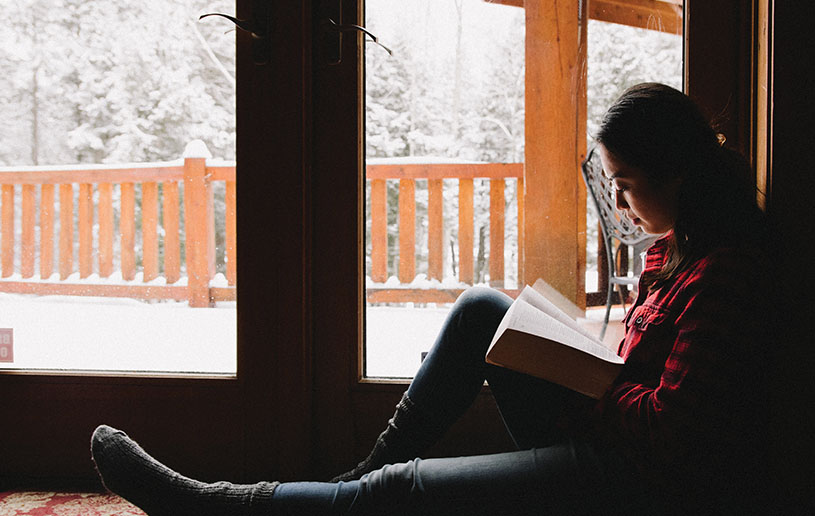 I was raised to believe in the importance of a “quiet time.” To the surprise of some, the original idea of that concept did not come from the late Dawson Trotman, the founder of The Navigators, but from the Lord Himself.

Replete through the Scriptures are references to the value of waiting for the Lord and spending time with God. On such occasions, the debris we have gathered during the hurried, busy hours of our day gets filtered out, not unlike the silt that settles where a river widens, and we are able to see things more clearly...to feel God’s nudging more sensitively.

David frequently underscored the benefits of solitude. I am certain he first became acquainted with this discipline as he kept his father’s sheep. Later, during those tumultuous years when King Saul was borderline insane and pursuing him out of jealousy, David found his time with God not only a needed refuge but his means of survival.

When he wrote, “Wait for the LORD; / Be strong and let your heart take courage; / Yes, wait for the LORD” (Psalm 27:14 NASB1995), David was intimately acquainted with what that meant. When he admitted, “I waited patiently for the LORD; / And He inclined to me and heard my cry” (40:1), it was not out of a context of unrealistic theory. The man was hurting, deeply pained. And when he tore a page from his journal and used it to compose Hymn 26, “Vindicate me, O LORD, for I have walked in my integrity, / And I have trusted in the LORD without wavering. / Examine me, O LORD, and try me; / Test my mind and my heart” (26:1–2), he wasn’t whipping up a few emotional thoughts to wow the reader. Those words splashed from the depths of his troubled soul, like the salty spray that explodes when waves crash against the rocks.

Time with God? Who experienced its value more than Job after he lost everything he owned? In worship he wrote: “Naked I came from my mother’s womb, / And naked I shall return there. / The LORD gave and the LORD has taken away. / Blessed be the name of the LORD” (Job 1:21). And Job’s quiet trust didn’t wear thin; the man continued to commune with God. Remember his confession? What makes it even more remarkable is that he stated it while surrounded by those who accused him:

"But He knows the way I take;
When He has tried me, I shall come forth as gold.
My foot has held fast to His path;
I have kept His way and not turned aside.
I have not departed from the command of His lips;
I have treasured the words of His mouth more than my necessary food.” (23:10–12)

That’s it! That is exactly what occurs when we get alone, remove ourselves deliberately from the fast track, and keep our appointment with Him who made us. His words take on greater meaning than a good meal. What great thoughts He has for us...what insights...what comfort...what reassurance! And the best part of all is that such divine breakthroughs come so unexpectedly. Though you and I may each have met in solitude with God morning after morning, suddenly there comes that one day, like none other, when He reveals His plan...and we're blown away.

It happened to Moses. Alone with his father-in-law Jethro’s flock of woollies on the backside of the desert, perhaps after the howling night winds of the wilderness had settled and the searing rays of the Sinai sun began to peek over the awesome slopes of Horeb, God spoke from the midst of a bush that was strangely ablaze. And what was it God said? What was it that the 80-year-old, over-the-hill shepherd heard? In effect, “Lead the exodus!” The night before, who would’ve ever guessed that an otherwise ordinary dawn would find the old man reeling in disbelief? Least of all, Moses. F. B. Meyer wrote with eloquence:

There are days in all of our lives that come unannounced, unheralded. No angel faces look out of heaven; no angel voices put us on our guard; but as we look back on them in later years, we realize that they were the turning points of our existence. Perhaps we look longingly back on the uneventful routine of the life that lies beyond them, but the angel, with drawn sword, forbids our return and compels us forward. It was so with Moses.¹

Understand, those phenomenal moments are the exception, not the rule. If God spoke to us like that on an everyday basis, burning bushes would be as commonplace as traffic lights and ringing phones. Fact is, never again in all of time has the voice of God been heard from a bush that refused to be consumed with flames. You see, God is into original works, not duplicated recordings. But never doubt it: He still longs to speak to waiting hearts...hearts that are quiet before Him. As David wrote in one of his “Maskil” (“instructive,” “contemplative”) psalms:

Therefore, let everyone who is godly pray to You in a time when You may be found;
Surely in a flood of great waters they will not reach him.
You are my hiding place; You preserve me from trouble;
You surround me with songs of deliverance.
I will instruct you and teach you in the way which you should go;
I will counsel you with My eye upon you. (Psalm 32:6–8)

To bring all this home, I'd like to offer you an example from my own life, at a time in 1993 when I was considering leaving our church in Fullerton, California, to accept the invitation to become the president of Dallas Theological Seminary. In the midst of the process of waiting on the Lord, I wrote the following letter to our congregation:

As most of you know, Cynthia and I are currently waiting for the Lord and spending an extensive amount of time before Him. In my initial announcement to the church, I stated that we were seeking His mind and trying to discern His will. I realized that such an announcement was unusual—especially since it had nothing whatsoever to do with some deeply personal problem in the realm of moral or ethical failure. Pastors don’t normally announce their inner struggles or alert their congregations to something as private as their own personal “stirrings,” lest it become complicated by rumors which are not true, creating a spirit of unrest and distrust among the congregation. Due to this risk, most pastors keep their churnings to themselves.

My decision to come up front and announce our situation—prompted by our board of elders—was actually a compliment to all in our church. We felt that the Fullerton Free Church flock not only could handle such an unorthodox announcement but would appreciate knowing that their senior pastor and wife are genuinely seeking to know God’s will for the future. Furthermore, by doing so, I would be enlisting hundreds, perhaps thousands, of caring, fellow Christians to pray with us and for us during these days and weeks of waiting. As a result, I am confident all of us have intensified our time with God.

Cynthia and I want one thing: to be doing only what God wants us to do, where He wants us to do it, and to do so with all our hearts. As soon as I know for sure, I'll say so.

May your time with God include us more than ever in your prayers. One of these days in the not-too-distant future, we will know the Father’s perfect will for us, which, by the way, will also be His perfect will for this church we love and serve.

When circumstances like these arrive in our lives, we all need to have developed the habit of spending time with the Lord. I never could have imagined the journey God would take us on in answer to those prayers offered many years ago. He is full of surprises!

So let me urge you to remain faithful in your quiet times with God. He will certainly be faithful to provide the answers you need...just as you need them.