Things That Strangle Us 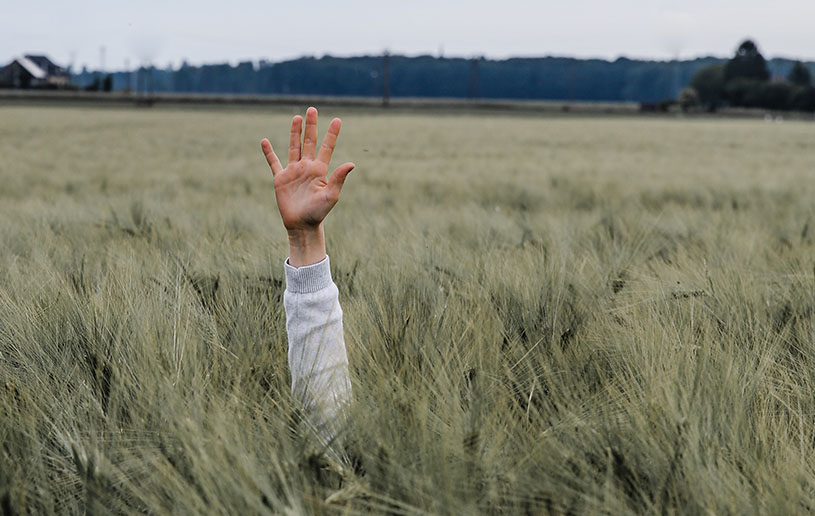 As a communicator, Jesus was nothing short of remarkable. Without the assistance of a public address system or the comfort of beautiful music, soft seats, and air-conditioning, His audiences listened with rapt attention. And most of His teaching occurred outside, amidst the distractions of nature and/or the noise of busy city streets. But none of that seemed to matter. When He talked, people listened.

While reading through Mark's gospel recently, I was drawn into the scene of chapter 4. You remember; it's that time He sat down in a little boat by the seashore and talked about a farmer who dropped seeds into the dirt. Simple story. Easy to remember, even if you're a little kid. Same seed, different soil. Same time of sowing, but different results. Four to be exact.

Some seeds fell beside the road...the birds gobbled them up.

A few seeds fell on rocky ground...the searing rays of the sun scorched the rootless growth and they withered and died.

Other seeds fell among thorns...which choked out the growth so severely there was no crop to harvest.

Interestingly, Jesus closed off His brief talk with that familiar line, "He who has ears to hear, let him hear" (Mark 4:9 NASB 1995). Almost as if He assumed, "You're gonna miss what I'm saying if you don't let these things penetrate...hear them well...absorb their significance...don't let anything drown out My voice!"

I kept reading, somewhat preoccupied with my goal of completing the chapter, only to be caught short with that "ears to hear" phrase again and again.

So I returned to the Master's story and reread it. As I did, I was rebuked for my short-sightedness, especially as I began to digest His follow-up explanation. For, unlike most parables He told, Jesus went back over this one point by point, leaving no room for doubt or misunderstanding.

First, He said, the seed represents "the word." I believe we're safe in saying that "the word" refers to truth. God's truth. Truth for living. Life-giving words provided for us by the Lord our God. The Scriptures, yes, but also the insights, the perspective, and the wisdom that grow in us when the seed takes root.

Second, the different soils represent people's varied responses to that "word." All four, please notice, "hear," but not all reap a harvest. That's significant. Hearing guarantees nothing. It simply means the seed fell: "the word" was made available.

Next, the results are directly related to the condition of the soil...not the quality of the seed. Same seed, remember, but different soil. In some it is wasted, in others it soon withers, in some it is choked, in others it grows well. If you look closely, you'll see that the first two groups lack roots. Only with the last two groups does Jesus mention fruit.

I think it's obvious that the first two groups of people are without spiritual life. No roots, no fruit, no growth, no change whatsoever. The last two have roots...they just differ in the realm of fruit. One "becomes unfruitful," while the other "bears fruit thirty, sixty, and a hundredfold." The third group hears, but only the fourth group "hears the word and accepts it," resulting in strong, healthy growth.

It's the third group that intrigues me. These people hear everything the fourth group hears. But those truths are not really accepted, allowed to take root, and grow. Instead, the thorns "choke the word and it becomes unfruitful."

Thorns that choke? What are they? Jesus, being the excellent communicator that He was, doesn't leave us in the dark. Choking thorns are "the worries of the world, and the deceitfulness of riches, and the desires for other things" (Mark 4:19).

The term worry is derived from the old German word wurgen, which means "to choke." Somehow, by extension, the word came to denote "mental strangulation," and, finally, to describe the condition of being harassed with anxiety.

It's the thorns that bug us. Always growing, ready to "choke the word" right out of our minds. Take worry (I wish somebody would!). It begins as a thin stream, trickling through our minds. If entertained, it cuts a deeper channel into which other thoughts are drained. The same is true of "the deceitfulness of riches." What a consuming passion...yet how empty, how unsatisfying! And yet we rationalize by saying they don't mean that much to us. Like the great heavyweight champ, Joe Louis, who smiled and said, "I don't like money actually, but it quiets my nerves." Yeah, sure, Joe.

But the third species of thorns is the killer: "the desires for other things." Better think that one through. It's the picture of discontentment, the plague of pursuit: pushing, straining, stretching, relentlessly reaching, while our minds become strangled with the lie, "enough just isn't enough," which makes great thorn fertilizer. Ah, when will we learn?

Being the great communicator that He was, the Nazarene left much of the application unsaid. He was careful not to smother His listeners, but to let each person draw his or her own specific conclusions.

"He who has ears to hear, let him hear."