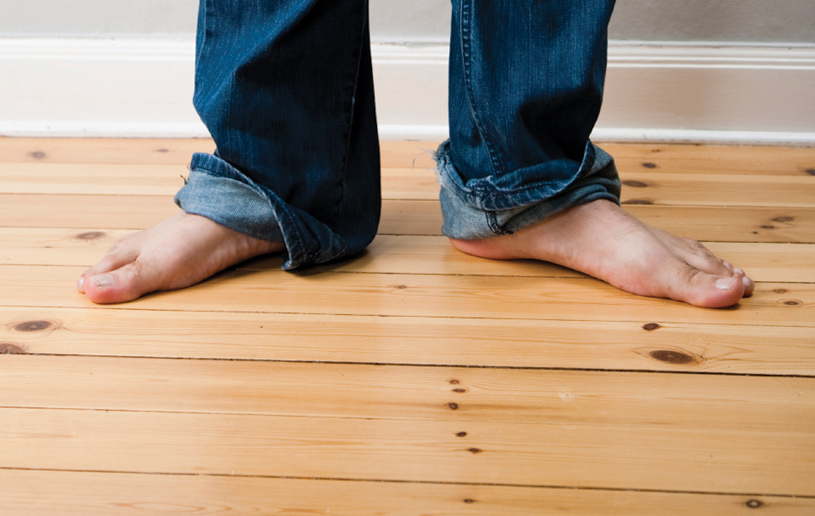 My son asked me for 40 dollars once. I said, “Thirty dollars? I don’t have 20 dollars! Where am I gonna get 10 dollars? And what do you need five dollars for?”

Somewhere in my youth Dad offered me a watch if I would read a chapter of the Bible’s book of Proverbs each day for a month.

I discovered 31 surprisingly frank chapters packed with wisdom. Thirty tell men to smarten up and guard our hearts, eyes, and minds. And the final chapter is a beautiful—and at times intimidating—hymn to mothers. The book prepared me for Mother’s and Father’s Day sermons in church.

Dad has been gone five years now. And I don’t wear the watch anymore. (The one I wear came from my Scottish grandfather on his deathbed. It cost me 35 bucks. Plus tax.)

Though I can’t ask Dad for money or call him collect, I can pay tribute to him with a poem loosely adapted from that glorious ode to the perfect wife and mother that I first read when I was 13. This is my take on the Proverbs 31 Guy.

A good husband is hard to find.
And worth more than a lifetime supply
of Belgian chocolate.

His wife trusteth him without regret,
enjoying his company so much
that she may even golf with him should she take leave
of her senses.

He buyeth her the choicest of finery,
but never on credit.

When accused of being borderline cheap,
he calls it thrifty.

He payeth more attention to his children
than his smartphone or Netflix.

Somehow he findeth time
to attend their sporting events,
stifling his desire to scream at referees.

He doth also attend recitals,
never wincing nor bursting forth with laughter
when sour trumpet notes are hit.

He naggeth not his children,
loving the sound of their laughter
more than that of his own voice.

Though screaming ensues, he dealeth with it calmly,
Disciplining in love, then buying ice cream.

He kisseth owies, repaireth leaky sinks and shattered vases,
muttering but softly when he stubbeth his toe.

He even exerciseth verbal restraint
when stepping upon Lego blocks in the night.

He lowereth his expectations for a clean house,
praising his wife for hard work and new hairdos.

He provideth gladly for his family,
avoiding signs that say:
“No payments until February.”

He prefereth a home to a house,
Scripture to Pacman,
a car that’s paid for to the smell of new leather seats.

He forgetteth not his anniversary,
complimenting his wife’s clothing,
Yea even her purse.

With great wisdom he bringeth along a book to read,
whilst his wife shops.

With gladness doth he make the bed.
On her 78th birthday.

He complaineth not about the in-laws,
but joyfully cutteth the roast when they visit.

He careth more about widows and orphans,
than buying boats and vacation homes.

He chooseth wisely his Facebook friends,
Avoiding the second glance,
and the seedy side of the Internet.

Though his girth may grow and his hairline recede,
he laughs at the days to come.

Strength and honour are his calling cards,
serving God his greatest pleasure.

Meet him at the door with a kiss and a welcome home ladies,
for he is to be valued above diamonds,
dark chocolate and season tickets to the symphony.

Festoon his plate with ice cream and mangoes,
adorn his feet with cushions and turn on the game.

For fame is fleeting and good looks fade,
but a man who loves his family and his God
is a living celebration.