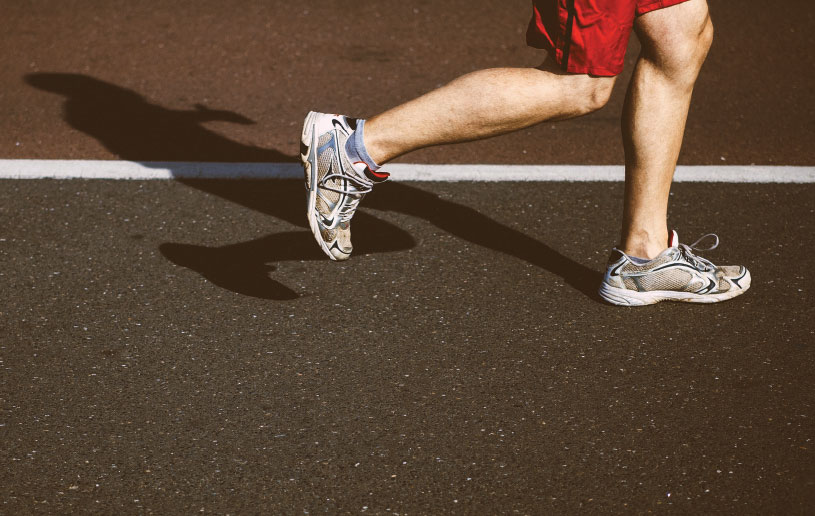 It’s a costly investment, no question about it. But the dividends are so much greater than the original outlay that you’ll almost forget the price. And if the final benefits are really significant, you’ll wonder why you ever hesitated to begin with.

A primary reason we are tempted to give up is other people...you know, the less than 20 per cent whose major role it is in life to encourage others to toss in the towel. For whatever reason. Those white-flag specialists never run out of excuses you and I ought to use for quitting. The world’s full of “why-sweat-it” experts.

Want another for instance? Well, this particular man was told that if he hadn’t written a book by age 35, chances were good he never would. He was almost 40, I should add. There were others who reminded him that for every book published, 95 became dust-collecting manuscripts. But he persisted. Even though he was warned that stories like he wanted to write weren’t popular. Nor were they considered worthy of top prizes in the literary field (his work later won the Pulitzer). Hollywood hotshots also told him such a book certainly held no dramatic possibilities. But James Michener hung tough. He refused to wash the desire out of his hair as he persisted. And he presented to the public Tales of the South Pacific. Oh, by the way, the Broadway critics had warned, “It’ll never make a musical.”

Think also of the speeches, the sermons, the books that have shaped thinking, infused new hope, prompted fresh faith, and aroused the will to win. For long and lonely hours away from the applause—even the awareness—of the public, the one preparing that verbal missile persisted all alone with such mundane materials as dictionary, thesaurus, historical volumes, biographical data, and a desk full of other research works. The same could be said of those who labour to find cures for diseases. And how about those who experiment with inventions?

I once heard about a couple of men who were working alongside the inventor Thomas Edison. Weary to the point of exasperation, one man sighed, “What a waste! We have tried no less than seven hundred experiments and nothing has worked. We are not a bit better off than when we started.”

With an optimistic twinkle in his eye, Edison quipped, “Oh, yes, we are! We now know seven hundred things that won’t work. We’re closer than we’ve ever been before.” With that, he rolled up his sleeves and plunged back in.

If necessity is the mother of invention, persistence is certainly the father.

God honours it. Maybe because He models it so well. His love for His people, the Jews, persists to this very day, even though they have disobeyed Him more often than they have loved Him in return. And just think of His patient persistence in continually reaching out to the lost, “...not wishing for any to perish but for all to come to repentance” (2 Peter 3:9 NASB). And how about His persistence with us? You and I can recall one time after another when He could have (and should have!) wiped us out of the human race, but He didn’t. Why? The answer is in Philippians 1:6:

And I am certain that God, who began the good work within you, will continue his work until it is finally finished on the day when Christ Jesus returns. (NLT)

The One who began will continue right up to the end. Being the original finisher, He will persist. I’m comforted to know He won’t be talked out of a plan that has to do with developing me. I need help! Don’t you?

OK, since we are to be “imitators of God” (Ephesians 5:1 NASB), it seems to me we oughta be about the business of persistence. It sure is easy to bail out theologically. You know, the age-old sovereignty cop-out. “If God wants such-and-such to happen, He’s gonna have to do it all. I’m unable in myself.” Now there may be a few occasions where that is an appropriate game plan; but by and large, His Spirit is willing, but our flesh is weak—dare I say lazy and indifferent? Unlike our Father, we tend to fade in the stretch.

May I get painfully personal? A proper, nutritional diet and a realistic program of exercise. Most folks I know have lost hundreds of pounds in their lifetime, only to put ’em on again. They all started well...but just about the time persistence was paying off, they quit. Believe me, I understand. That was the story of my life for about 20 years. But one day—one eventful, life-changing day—I stopped all the excuses (glands, stress, travel, reward for hard work, expensive wardrobe, not as heavy as a rhino, my wife Cynthia’s good cooking, etc.) and began a sensible process of taking off and keeping off 55 unwanted and unhealthy pounds of fat.

People didn’t help much. Can’t remember the number of times they warned me about being too thin, that I shouldn’t take such “risks.” I was “looking ill.” A rumour spread that I had cancer. Some thought I’d died. Would you believe that my wife got several sympathy cards expressing sorrow over my death? But I stayed at it. By the grace and power of Almighty God, I persisted.

All because of a simple, personal decision. Simple, yes...but easy? You gotta be kidding. Perhaps the single toughest decision of my adult life. Personal, yes...but automatic? It’s still an everyday battle—no, three-times-a-day battle. And my relentless commitment to conditioning gets tougher every month, I openly confess. But every mile I pound out in my sneakers, I cast another vote for persistence.

Enough about me—you’ve got the next season stretching out in front of you. Think of these weeks as a time framework for your own investment. Choose an objective carefully, state it clearly in writing, then, with the persistence of an athlete training for the next Olympiad, go for the goal!

Trust me; when this season gives way to the next, you’ll be so glad you did. And by then, you’ll have a new two-word motto: