Needed Today: A Ministry of Encouragement 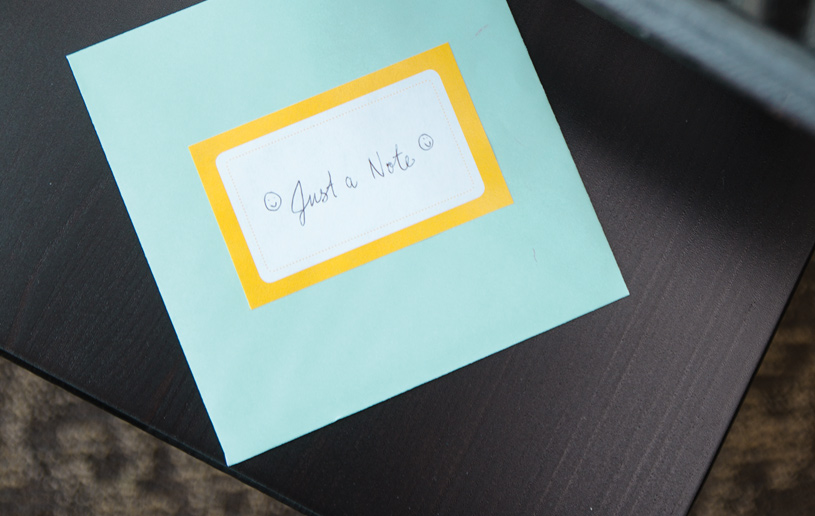 Henry Drummond's remark haunts me at times:…how many prodigals are kept out of the Kingdom of God by the unlovely character of those who profess to be inside?1

Will you allow me, in this private chat with you, to pick out one “unlovely characteristic” frequently found in Christian circles…and then to develop it from a positive point of view? I'm thinking of the lack of encouragement in our relationships. To illustrate the point, when did you last encourage someone else? Be honest: when was the last time you said something or gave something or wrote something or did something with the single motive of encouraging someone else? I firmly believe that an individual is never more Christlike than when full of compassion for those who are down, needy, discouraged, feeling unappreciated, or forgotten. How essential is “the ministry of encouragement”!

Woven into the fabric of the book of Acts is the quiet yet colourful life of a man who is a stranger to most Christians. Barnabas came from the island of Cyprus, destined to an obscure role of “minister of encouragement.” In fact, the name, Barnabas, was actually his nickname, which means “son of encouragement” (Acts 4:36). In comparison to the brighter lights of this book—Peter, Paul, Silas, James, and Apollos—Barnabas is virtually unmentioned…but, oh, how essential he was!

Let's stroll together through Acts 4. The young, persecuted believers in Jerusalem were “under the gun.” If ever they needed encouragement, it was then. They were backed to the wall, emotionally bruised, and, financially broke. Many were pressed; their needs were desperate. When Barnabas arrived from Cyprus, he gave them all he had. Proving that he was living for others, he brought the entire proceeds from the sale of some property to this band of believers (4:32-37). Let's call that, encouragement in finances.

The next time he appeared, Barnabas is at it again! In Acts 11, the body of Christ was growing, and the Word was spreading like a flame. It was too much for one leader to handle alone. What did Barnabas do? He searched for and found the gifted teacher, Saul of Tarsus (11:25), who was at that time an outcast because of his former life. Not afraid to stick his neck out for a new Christian who was suspect in the eyes of the public, Barnabas brought Saul to Antioch and gave him a boost upward…in the very place where Barnabas had been experiencing remarkable blessing (11:22–23, 26). Without a thought of jealousy, he later allowed Saul to take over leadership and set the pace of the first missionary journey (Acts 13). It is interesting that soon their names were switched from “Barnabas…and Saul” (13:1) to “Paul and Barnabas” (13:42).

This is the supreme test. It takes a great person to recognize that someone else (especially someone younger) has God-given abilities and to encourage him or her to move ahead of you with your full support. This we might call encouragement of fellowship and followship.

The curtain comes down on Barnabas's life in chapter 15. The second missionary journey was about to begin. He and Paul discussed the possibility of taking John Mark, a young man who had deserted them on the first journey (13:13). Because of that, Paul insisted that Mark not be invited, thinking that Mark was a quitter and would fail again. Barnabas refused that kind of thinking. He stood his ground, believing in Mark, in spite of what had happened before. You know the outcome (15:36–39). Barnabas demonstrated encouragement in spite of failure.

Encouragement is so important! Do you know of someone in need of financial encouragement? A student away at school…a young couple up against it…a divorcee struggling to gain back self-acceptance…a forgotten servant of God labouring in a lonely and difficult ministry? Step up! Encourage generously!

Do you know of someone who could and should be promoted to a place of greater usefulness but is presently in need of your companionship and affirmation? Go to bat for this person! He or she needs your fellowship. How about someone who is better qualified than you are? You would be amazed at the blessing God would pour out upon you if you'd really back him or her with followship.

And let's not forget the failures…those who need a second chance. The Lots, the Samsons, the Jonahs, the Demases, the John Marks, the Peters. Yes, they failed…they blew it. Are you big enough to offer a hand of encouragement and demonstrate genuine love? Lift up with encouragement the person who failed! It pays off! It did in Mark's case. He later wrote the gospel that bears his name. In fact, Mark later proved to be very useful to Paul's ministry (2 Timothy 4:11).

To Henry Drummond's indictment, I suggest a solution. It is a new watchword: