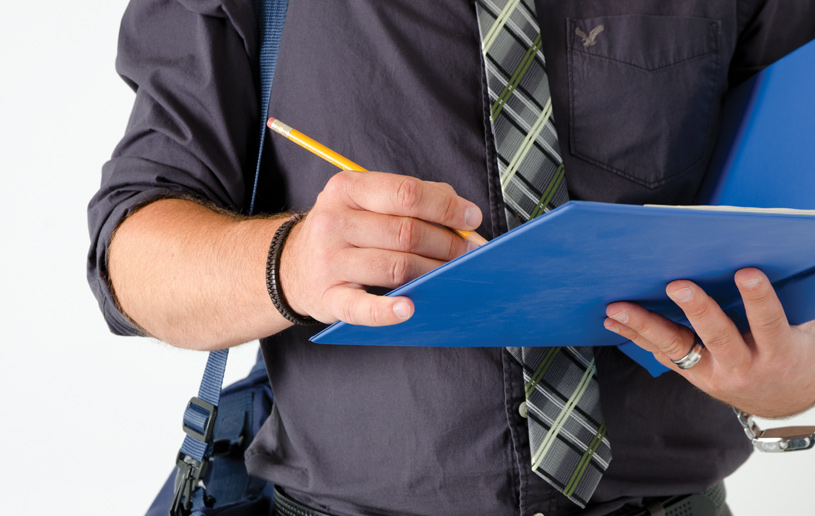 Many professions draw public attention like a slice of watermelon draws flies. Those who practice those professions are constantly in the news. They provide abundant fodder for verbal lunch breaks.

If it isn't the money they make, it's the company they keep or the trends they set or the controversy they create. Their notoriety is somewhere between amazing and appalling. In modern society, they are significant and often irreplaceable, even though we sometimes wrestle with that fact. Admittedly, the honest ones far outnumber the spurious. But—as is always the case—the lunatic fringe sells tabloids, so those with integrity are often forced to practice their professions against a tide of misunderstanding made worse by stormy winds of suspicion.

There is one profession, however, that is neither notorious nor controversial. If anything it is virtually ignored. Although essential to the bright future of the world and inseparably linked to the home as few other professions, it has been treated with disregard. Underpaid and under-appreciated, those who make their living in this field press on against overwhelming odds. They live with criticism they usually don't deserve. They invest extra hours for which they are rarely thanked and never compensated. They maintain a standard of excellence regardless of resistance. They remain enthusiastic in spite of daily discouragements. They apply creativity and every motivational technique they can muster without loud applause or verbal appreciation from their recipients.

With dreams fuelled by inner hope rather than by evidence—and with determination based on hidden potential rather than on actuality—these brave men and women shape minds, stretch imaginations, challenge thinking, and best of all, model consistency. They have one major enemy, whom they fight with tireless energy: ignorance. Although he snarls in defiance, clothed in the armour of prejudice and defending himself with the sword of pride, he is forced to surrender to his skilled opponent. Knowledge inevitably wins out. Thankfully, truth still makes us free.

And who are those commanding the winning side? Who are the relentless, courageous heroes I'm describing? By now you know.

They are those who teach.

Regardless the subject, teachers ply their skills in classrooms large and small all over the globe. The tools of their trade may not seem that impressive—a piece of chalk, a book, a computer and a screen, a homework assignment, a smile of encouragement, a nod of affirmation, a strong word of warning, a grade, a project, a question to answer, a problem to solve, a commitment to stubborn facts, tact and timing, a provocative idea—yet these tools are the very instruments that sharpen keen edges on otherwise dull minds. How powerful are those adept with such tools!

Think of some who taught you. Consider the lifelong value of their investments. My head spins when I do so. Because of good teachers, my entire world expanded from tiny to titanic. In classrooms, I learned to read, to love books. I learned to speak without stuttering. I learned to appreciate the arts. I learned to play the piano and the clarinet, the flute, the saxophone, and the oboe. I learned to think on my feet, to answer tough questions, to stand alone without fear when armed with truth. I learned to love biology, English literature, and history. I learned to think theologically, to preach with a measure of confidence, to use the original languages in my sermon preparation, to discern weakness and error, to deal with difficult problems and ornery people.

How? Teachers. Dedicated, intelligent, competent mentors. Tough-minded, clear-thinking, ever-learning educators who gave me their time and invested in me their attention, who early on overlooked my immaturity, who saw raw material behind my talkative nature, overactivity, and mischievousness…who refused to get sidetracked, who held my feet to the fire and dared me to grab the challenge, who had enough wisdom to drop the bait in just the right places to hook me for life.

To all of you who teach, I salute you. Yours is an invaluable profession. It is a debt that must be discharged, a calling as sure and as high and noble as the ministry (and sometimes far more effective), a model we cannot live without if we expect each new generation to remain strong and free. Don't quit. Don't even slack off. Stay at it. If ever we needed you, we need you today.

C. S. Lewis expressed it well in “Learning in War-Time” from The Weight of Glory:

Good philosophy must exist, if for no other reason, because bad philosophy needs to be answered. The cool intellect must work not only against cool intellect on the other side, but against the muddy heathen mysticisms which deny intellect altogether….
The learned life then is, for some, a duty.1

Subscribe to our monthly magazine
Date:
August 1, 2011
Type:
Topic:
Back to Top