A Good Man or the God-Man? The Case for the Deity of Jesus | Insight for Living Canada
Skip to main content

A Good Man or the God-Man? The Case for the Deity of Jesus 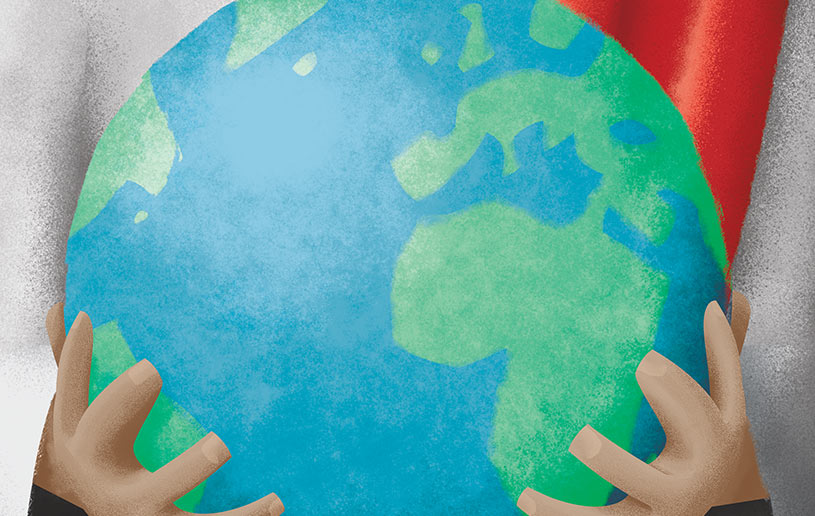 Jesus asked this question two thousand years ago, and the answers are still coming in: a rabbi who preached compassion, a brilliant leader who touched the hearts of thousands, a misunderstood innovator who died as a martyr. His enemies said He was a devil, a rabble-rouser who deserved to die. His followers said He was the Messiah, the Son of God who deserved to be worshipped.

Which view is true? Most opinions about Jesus fit into one of two categories: Jesus was human or divine. Either He was a good man or the God-man, a remarkable historical figure or deity in the flesh. You may be near the edge of your own decision regarding Jesus, weighing the views on either side but uncertain which way to lean. How can you find the answer to the question—who is Jesus?

The Claims of Jesus

A good place to begin is with Jesus’ own claims. What did Jesus say about Himself?

One of Jesus' clearest self-identifying statements came in response to the Jewish leaders' direct question: "How long will you keep us in suspense? If You are the Christ, tell us plainly" (John 10:24). Jesus called on His record to testify on His behalf:

“I told you, and you do not believe; the works that I do in My Father’s name, these testify of Me. But you do not believe because you are not of My sheep. My sheep hear My voice, and I know them, and they follow Me; and I give eternal life to them, and they will never perish; and no one will snatch them out of My hand. My Father, who has given them to Me, is greater than all; and no one is able to snatch them out of the Father’s hand. I and the Father are one." (John 10:25-30)

According to some theologians, Jesus wasn't claiming to be God when He said, "I and the Father are one." He was simply saying that He was an ordinary human filled by an extraordinary power. Yet, if that was all He intended to say, why didn't He clarify His meaning when the Jewish leaders threatened to stone Him for blasphemy? The rocks in their hands were hard proof of their understanding of His statement: "For a good work we do not stone You, but for blasphemy; and because You, being a man, make Yourself out to be God" (John 10:33).

If they had jumped to a wrong conclusion, Jesus had the opportunity to correct them, yet He didn't. He was claiming to be God because He was God!

What did Jesus mean when He said that He was one with the Father? The Jews understood "the Father" to be their Creator who had sovereign control of their lives (Deuteronomy 32:6; Isaiah 64:8). Jesus wasn't implying that He and the Father were the same person (we'll discuss Jesus’ role in the Trinity later), but that He and the Father were of the same nature. They were equal in rights, authority, privileges, and power. So, in effect, Jesus was saying that He had complete and sovereign power over their lives—a claim that enraged the Jewish leaders.

Throughout the gospels, Jesus declared His deity through His claims of authority. He announced, "I am the good shepherd" (John 10:11), a title the Old Testament ascribed to God (Psalm 23:1). He claimed to be the judge of all people (John 5:27), a task that only God performs (Joel 3:12). He called Himself the bridegroom (Matthew 25:1), a role God played with Israel (Isaiah 62:5). He forgave sins (Mark 2:5); only God can forgive sins. Of course, the Pharisees grasped the implication that Jesus was claiming to be God, and again they sought to kill Him for blasphemy (Mark 14:64-65).

Jesus put Himself on the same level as Yahweh—the "I AM"—of the Old Testament (John 8:58). He claimed to be Messiah (Mark 14:61-64) and taught that the Messiah was not simply David's heir but David's Lord (Luke 20:41). He assumed equal authority with God (Matthew 28:18) and even encouraged prayer in His name (John 14:13-14). Finally, He invited people to believe in Him for salvation (John 3:16; 6:29; 7:38). In the history of Israel, no prophet or king, priest or rabbi had ever offered salvation in their name. It would have been blasphemous for them to make such an appeal. Only Jesus made the seemingly audacious appeal of faith...because He was God.

Jesus Did What Only God Can Do

When people say they are God, we take them to a psychiatrist. They're delusional! Without proof of His deity, Jesus’ claim would be empty; worse yet, it would be lunacy. So to show the world who He was, He performed deeds that only God could do.

The Theology of Jesus’ Deity

For further evidence of Jesus’ deity, let's turn from the words and deeds of Jesus to the pen of the apostles.

The Deity of Jesus in the New Testament

The Deity of Jesus and the Trinity

But how can Jesus be the Son of God and God at the same time? Because Jesus made a distinction between Himself and the Father, some people conclude that Jesus is not really God but a created being. To answer this issue, we have to take a look at how the members of the Trinity relate.

There are also many verses that describe how the Son, Father, and Spirit interrelate. The Father sends the Son and the Spirit. The Son submits Himself to the will of the Father, reveals the Father, and speaks the words of the Father (John 14:7-26). In theological terms, the relationship can be described like this:

The crucial issue is how to define the word, beget. Mormons and Jehovah's Witnesses say that beget means "create." In their view, at some point in eternity past, the Father created a being that did not already exist and filled that being with His essence. That being, the “son of God,” is not God but is indwelled by God and represents Him on earth.

The main problem with that view is if the Son is a created being, we should not worship Him. The Scripture consistently commands us to worship God alone and prohibits us from worshipping any created being (Romans 1:24-25). The Lord says through Isaiah, "I will not give My glory to another" (Isaiah 42:8). Jesus Himself rebuffed Satan's temptation with the admonition of Scripture: "Worship the Lord your God and serve Him only" (Deuteronomy 6:13; Matthew 4:10).

Yet Jesus received worship as a baby (Matthew 2:8). He taught that His disciples should honour Him in the same way as they honour the Father (John 5:23). He received worship without deferring any praise to God (Matthew 14:33; 28:17; John 9:38). He even asked the Father to glorify Him with His glory (John 17:5).

How then can we understand this concept of "begetting" if it doesn't mean "creating"? Hebrews 1:3 sheds the theological light we need:

The Son is the radiance of God’s glory and the exact representation of his being, sustaining all things by his powerful word. (NIV)

An early church father, Athanasius, used the metaphor of a fountain and stream to explain this verse. One is distinct from the other, yet they exist as one. The stream flows from the fountain, yet the stream is the fountain in essence. Similarly, a word flows from a thought, yet the word is the thought in essence. John was following this line of reasoning when he wrote: "The Word was with God, and the Word was God" (John 1:1 NASB). As a stream is to a fountain and a word is to a thought, so Jesus is to God. He flows from God and is God.

Hebrews 1:3 also says that the Son is the "exact representation of [God's] being" (NIV). In this respect, the Son is unlike us. Humans are created in the image of God, while Jesus is the image of God. There's a big difference. We may create a robot in our human image, but that creation is something less than human and never can be a person. If we "beget" something, however, it is necessarily the same as us. Our children are the exact representation of our humanness. They are humans. In the same way, the Father "begets" the Son. The Son is the exact representation of the Father's God-ness—He is God. What God creates is a creation; what God begets is God.

The Deity of Jesus and Our Salvation

For Christians through the ages, these verses have added up to only one conclusion: Jesus is God. The nature of this truth prompted Paul to say,

Have this attitude in yourselves which was also in Christ Jesus, who, although He existed in the form of God, did not regard equality with God a thing to be grasped, but emptied Himself, taking the form of a bond-servant, and being made in the likeness of men. Being found in appearance as a man, He humbled Himself by becoming obedient to the point of death, even death on a cross. For this reason also, God highly exalted Him, and bestowed on Him the name which is above every name, so that at the name of Jesus every knee will bow, of those who are in heaven and on earth and under the earth, and that every tongue will confess that Jesus Christ is Lord, to the glory of God the Father. (Philippians 2:5-11 NASB)

These verses tell us that even though Jesus was God, He set aside the use of His divine attributes to take on human form, and in His human form, He died on the cross in our place. In that way, God sacrificed Himself for us. Yet, if God simply created a being, called it His son, and sent it to die for us, what kind of sacrifice would that be? No, God Himself became a man, felt our pain, touched our hearts, and died in our place.

At the heart of the doctrine of Christ's deity is God's loving self-sacrifice for us. Our salvation rests not in a man like us but in a God who became like us in order to redeem us from our sins.

If you would like to speak further about your decision, feel free to contact one of our Insight for Living pastors. We would be delighted to encourage you along your spiritual journey. If you have questions, please contact one of our Biblical counsellors with your questions.

Copyright © 2009 by Insight for Living. All rights reserved worldwide.