Dress Your Dreams in Denim 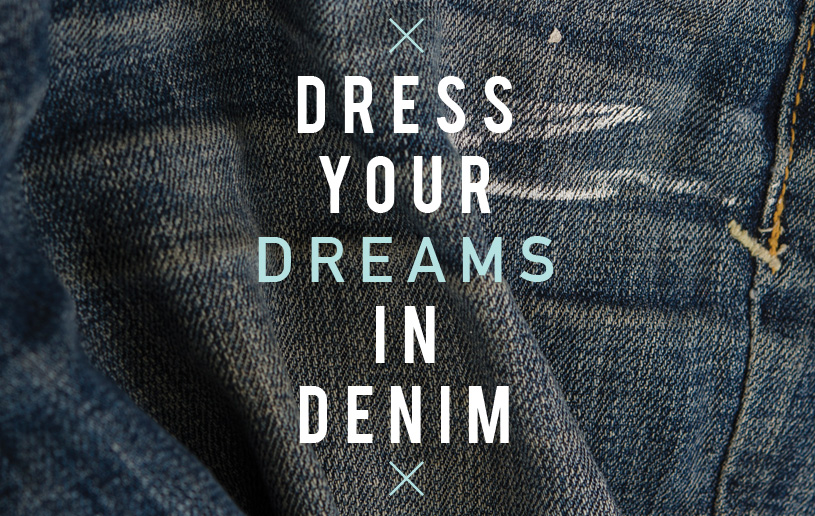 Some collegians think manual labour is the president of Mexico…until they graduate. Suddenly, the light dawns. Reality frowns. And that sheltered, brainy, fair-skinned, squint-eyed scholar who has majored in medieval literature and minored in Latin comes of age. He experiences a strange sensation deep within his abdomen two weeks after framing his diploma. Hunger. Remarkable motivation accompanies this feeling.

His attempts at finding employment prove futile. Those places that have an opening don't really need a guy with a master's in medieval lit. They can't even spell it. Who cares if a truck driver understands European poetry from the 12th century? Or what does it matter if the fella stocking the shelves at Safeway can give you the ninth letter in the Latin alphabet? When it comes to landing a job, most employers are notoriously pragmatic and unsophisticated. They are looking for people who have more than academic, grey wrinkles between their ears. They really couldn't care less about how much a guy or gal knows. What they want is someone who can put to use the knowledge that's been gained, whether the field is geology or accounting, engineering or plumbing, physics or barbering, journalism or welding.

That doesn't just happen. People who are in great demand today are those who can see it in their imaginations—then pull it off. Those who can think—then follow through. Those who dress their daring dreams in practical denim work clothes. That takes a measure of gift, a pinch of skill, and a ton of discipline! Being practical requires that we traffic in reality, staying flexible at the intersections where stop-and-go lights flash. It also demands an understanding of others who are driving so as to avoid collisions.

Another mark of practicality is a constant awareness of time. The life of a practical person is fairly uncomplicated and usually methodical. The practical mind would rather meet a deadline and settle for limited objectives than accomplish the maximum and be late.

The favourite expressions of a practical soul often begin with "what?"

What does the job require?
What do you expect of me?
What is the deadline?
What are the techniques?

How does it work?
How long will it take?
How much does it cost?
How fast can it go?

Dreamers don't mix too well with pragmatists. They irritate each other when they rub together…yet both are necessary. Take away the former and you've got a predictable and occasionally dull result. Remove the latter and you've got creative ideas without wheels, slick visions without handles…and you go broke trying to get it off the runway.

The Bible is full of men and women who dreamed dreams and saw visions. But they didn't stop there. They had faith, they were people who saw the impossible, and yet their feet were planted on planet earth.

Take Nehemiah. What a man! He had the task of rebuilding the stone wall around Jerusalem. He spent days thinking, praying, observing, dreaming, and planning. But was he ever practical! He organized a mob into work parties…he faced criticism realistically…he stayed at the task without putting out needless fires…he met deadlines…and he maintained the budget.

Or take Abigail. What a woman! She was married to a first-class fink, Nabal by name, alias Archie Bunker. Because of his lack of wisdom, his greed, prejudice, and selfishness, he aroused the ire of his employees. They laid plans to kill him. Being a woman of faith, Abigail thought through the plot, prayed, and planned. Then she did a remarkable thing. She catered a meal to those hungry, angry men. Smart gal! Because of her practicality, Nabal's life was saved and an angry band of men was calmed and turned back.

It is the practical person, writes Ralph Waldo Emerson, who becomes "a vein in times of terror that commands the admiration of the wisest." So true. Amazing thing about the practical person—he may not have the most fun or think the deepest thoughts, but he seldom goes hungry!

Just now finishing school? Looking for a job? Is this the reason you're discouraged? Remember this—dreams are great and visions are fun. But in the final analysis, when the bills come due, they'll be paid by manual labour. Labour…hard work forged in the furnace of practicality.

I encourage you…get with it. Be practical, that is.

Subscribe to our monthly magazine
Date:
June 10, 2016
Type:
Topic:
Back to Top