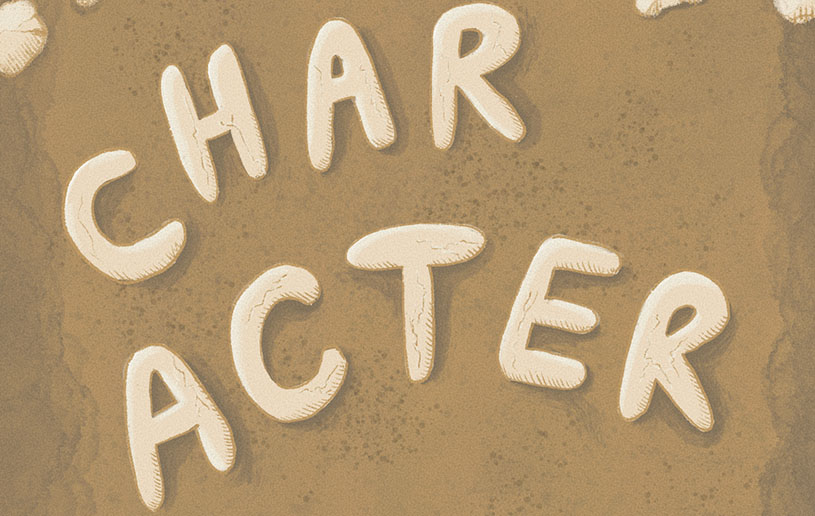 Consider the words of Solomon: “He who walks in integrity walks securely, But he who perverts his ways will be found out” (Proverbs 10:9 NASB1995). Before reading on, go back and read that again.

By the time Job had reared his family, established himself in the business world, and gotten up in years, he had become “the greatest of all the men of the east” (Job 1:3).

Joseph became Potiphar’s personal servant and later was put in charge over all Potiphar owned (Genesis 39:5). Whether before the workers or handling huge sums of money or serving a large group of guests or all alone in the home with Mrs. Potiphar, Joseph could be trusted.

Daniel also comes to mind. He came up for promotion to prime minister, and those who envied him “began trying to find a ground of accusation against Daniel” (Daniel 6:4). They struck out. There was no dirt...no cover-up. After every attempt to dig up some questionable issue, “they could find no ground of accusation or evidence of corruption” anywhere (6:4). Like Job and Joseph, Daniel walked securely in his integrity. He never feared being “found out.”

What is it that these men had in common? Perfection? No, each person I have named was far from perfect. Easy times? Hardly. A closer look will reveal heartaches and hardships that would make your head swim. Well, how about an impressive presence, carefully choreographed by a public-image department? Don't make me laugh. So, how about slick rhetoric? Wrong again. We can dream up a half dozen other possibilities that some cynic might suggest, but they would be as far off target as the four I've mentioned.

What they had in common was character. Each man I have selected from the Scriptures had high moral character. It is easy to overlook that essential ingredient among leaders in our times...especially during an election year.

Unfortunately, we have grown accustomed to shrugging off secretive and deceptive lifestyles. We have heard so often that finding people who value honesty and model responsibility, who promote fairness, accountability, loyalty, and respect for others, and who hold to strong, upright convictions is not possible, it's not realistic. As one air-headed soul said recently, “We’re voting for a president, not the pope.” To such an analogy I reply, “Hogwash.”

Call me old-fashioned or idealistic if you wish, but my passionate plea is that we unearth and restore the importance of character. It’s been buried long enough. It belongs first on our list when searching for employees in the workplace. It must be a nonnegotiable among those we place into leadership positions in our schools, our cities, our state...and, absolutely, in our churches and in our nation. Character is what wholesome parents strive to cultivate in their children. It is what great moms and dads look for and long for among those their teenagers date. It is the foundational quality that all of us expect from the circle of professionals and labourers who serve us. We may not say it every time, but deep down in our souls, we long for and expect character. When it is lacking, we feel it; we resent it. Character is the “given” in greatness.

Then why, may I ask, is it so seldom mentioned? Could it be because most have come to believe we have no right to expect it? After all, “nobody’s perfect.”

It is character we require, I repeat, not perfection. From our nation’s beginnings, back when great men and women, albeit imperfect, occupied places of leadership, when public officials exhibited true virtue...dignity, self-mastery, resoluteness, determination, strength of will, moral purity, personal integrity, and sacrificial patriotism. They were selected and elected because they were examples in public leadership and in private life. Because some have failed to live up to the minimal standard does not change the ideal.

Solomon was right. Those with integrity walk securely...with no fear of being “found out.” If men such as Job and Joseph and Daniel could demonstrate character in the worst of times, you and I can too—today.

And because we can, we must.