All Sin is the Same to God 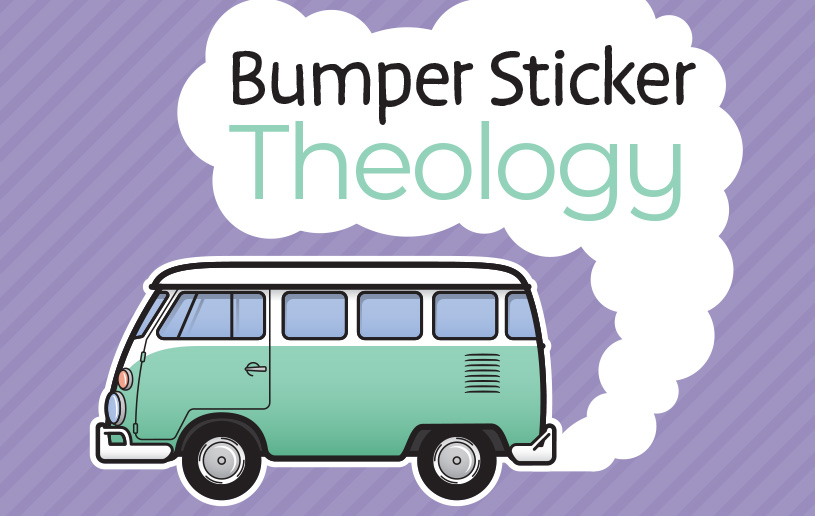 People use this phrase either to emphasize the seriousness of sin or to equalize sin so they are indistinguishable from each other, making every sin the same weight. By trying to level the playing field of sin and saying all sin is the same to God, the expectation is it doesn’t matter which sin is committed. It also allows everyone to be lumped together into an undifferentiated mass.

There is one sense in which this statement is true. Any and all sin is enough to separate us from God and invoke His wrath—even eating fruit (Genesis 3:6)! All sin is equal in the sense that all sin breaks God’s law and falls short of His perfect standards. The Bible portrays sin as straying from God’s paths, opposing Him, and rebelling against Him. Whether it’s the sin of stealing a small item, telling a lie, or murder, all sin transgresses the law of God. So yes, in that sense all sin is the same in God’s eyes.

The Bible also teaches that not all sin is equal in its personal, social, spiritual, and eternal impact. The sins David committed in connection with his adultery with Bathsheba had a far greater negative personal, social, spiritual, and eternal impact than the lie told by Rahab to protect the Israelite spies (Joshua 2:1–7). Measuring it in this way, some sins are obviously greater than others.

Scripture makes distinctions in the penalties for breaking the Mosaic Law (Numbers 35:16; Deuteronomy 19:18–19; Leviticus 7:20). Sacrifices as atonement for sin ranged from a grain offering, to a dove, a sheep, goat, or bull, illustrating that God does not view all sin as the same.

Jesus also made it clear that God especially despises the pain caused to children.

“But if you cause one of these little ones who trusts in me to fall into sin, it would be better for you to have a large millstone tied around your neck and be drowned in the depths of the sea.” (Matthew 18:6)

And in Pilate’s conversation with Jesus we read,

“Why don’t you talk to me?” Pilate demanded. “Don’t you realize that I have the power to release you or crucify you?” Then Jesus said, “You would have no power over me at all unless it were given to you from above. So the one who handed me over to you has the greater sin.” (John 19:10–12, italics mine)

In Matthew 11:21–24 Jesus speaks against the cities of Korazin, Bethsaida, and Capernaum and tells them Tyre, Sidon, and Sodom will be better off on judgment day than they would be. This was because these were places Jesus did miracles and therefore gave more light concerning His identity. But they didn’t repent. So Jesus indicates how they were accountable for more because they have been given more and their punishment would be worse than Tyre, Sidon, and Sodom. This teaches us that God treats some sins more harshly than others depending on the degree of light the sinner possesses.

God also treats some sins more harshly depending on one’s intention involved in the sin. In Numbers 15:27–30, God distinguishes between the person who sins unintentionally and the person who brazenly violates God’s will.

This is true because of the nature of God’s justice. His justice requires that He renders to everyone what they deserve, both good and bad—reward or punishment. “For we must all stand before Christ to be judged. We will each receive whatever we deserve for the good or evil we have done in this earthly body” (2 Corinthians 5:10).

This is the why in Revelation 20:12–13, it says the books are opened at the judgment, to judge the dead “according to what they had done, as recorded in the books” and to subsequently measure out appropriate punishment. Judgment Day will be payback time (Romans 12:19) and justice requires for rewards and punishments to be commensurate with the deeds. Greater sin requires greater punishment or else it isn’t justice.

Acceptance or rejection of Christ’s work on the cross determines our destiny of heaven or hell. But how we live—choosing to sin or not—and the kind of sin we commit matters now, and for eternity. Judgment of our deeds determines the degrees of reward in heaven, or degrees of punishment in hell.

While every sin breaks God’s standards, not every sin is consequentially the same. How we live now matters forever.