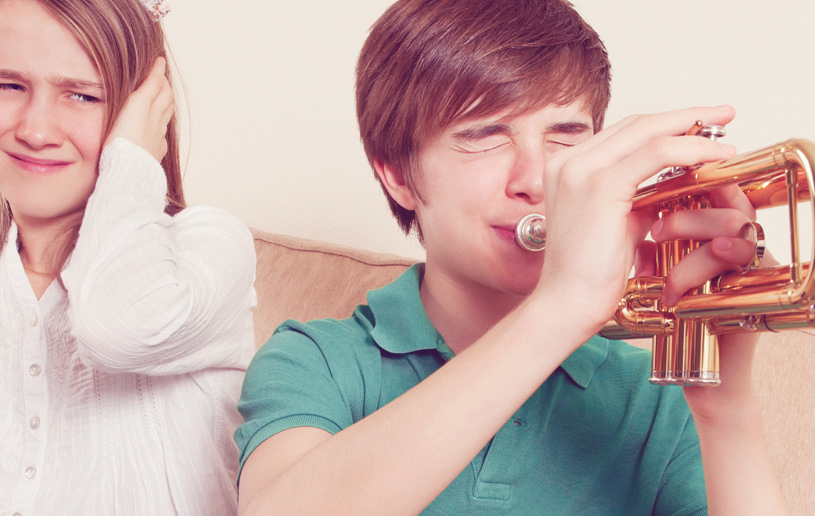 I don't remember learning to walk, but watching babies try to walk I'm sure my mother would testify I didn't do it very well at first either. The old adage is true: you have to learn how to walk before you can run.

The same is true of when I learned how to talk, ride a bike, play the trumpet, even ballroom dance. I deemed them all worthwhile things to do; yet for a time I did them badly. OK, truth be known, I still dance poorly.

I'm writing this because there are Christians who think that since they can't do something well, they should do nothing at all. So they decline an opportunity for service because they can't do it really well or there is someone else who they think can do it better.

Moses thought this way. When the Lord told him to go Egypt to lead Israel out, he tried to excuse himself saying he couldn't speak well. He refused to do it to the point of making the Lord angry.

How many of us think this way? We feel we don't share our faith well, so we don't do it at all. We don't know what to say to encourage someone, so we say nothing. We don't have a clear understanding of what we read in Scripture, so we don't bother to read at all.

Remember the little boy with his five loaves and two fish? A poor supply for a large crowd, but he offered it regardless. If he had reasoned he needed something more elaborate or plentiful, thousands may have gone hungry that day. In another story Jesus commended a woman with the simple words, “She has done what she could” (Mark 14:8).

In other words, sometimes just getting something done is more important than doing a fantastic job. If you stipulate perfection or nothing, the result will be nothing…every time.

Doing something worthwhile badly is at least doing something productive, if what you're doing is the right thing to do. It's better than not attempting something at all. At least you will learn from your efforts. You cannot improve until you start. You improve as you go. You begin by starting out badly. Be willing to fail, sometimes often, to achieve what you want to.

In most things, we must do the best we can at any given moment, knowing full well that the quality of our work will leave something to be desired. Most things must be done relatively poorly before they can be done passably well and eventually mastered. How else do you plan on getting better at anything than through experience? Reading and theorizing can only get you so far.

It's good to have high standards of excellence. But in the Lord's work, while we should strive for excellence we can't afford the luxury of declining to try a worthwhile task merely because we think we can't do it as well as we would like.

If God provides an opportunity to do something, go and do it—even if you can only do it badly. Speak to your neighbour, and feel clumsy at it; phone someone who has been on your mind, even though you don't know quite what to say; pick up the Bible, even though you do not know where to begin. In doing so you will rely on God's strength rather than on your own. You will see God's power at work.

As much as our pride might like to find one, there is no shortcut to competence even in doing the Lord's work. It demands that each of us do what we can. There are simply some activities in life where one must always do what one can. When a task deserves to be done at all, it deserves a less-than-perfect attempt while we are learning to do it better.

So whatever you do, do it badly, to the best of your ability.