When in Doubt, Check it Out | Insight for Living Canada
Skip to main content

When in Doubt, Check it Out 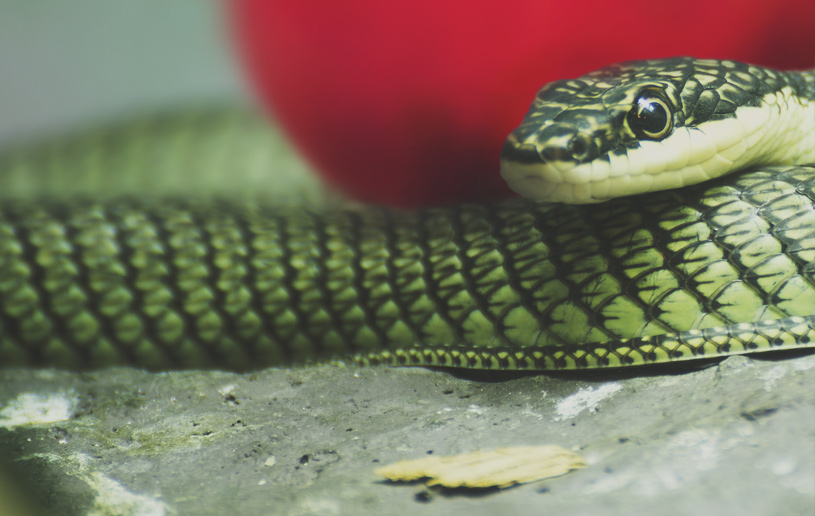 "If there is a God why is He allowing the things around the world to happen? The more I read and listen to what is going on I become more and more doubtful that there is even a God….” So began a letter I recently received.

Questioning the Bible is not new. What’s new is people now have greater access to information than ever before. Information can be a good thing, but if not handled properly then confidence in Scripture is weakened and faith is undermined.

Scripture shows us three ways confidence in Scripture is undermined and what we can do about it.

1. Unresolved Doubt. God and His Word were first doubted in the Garden of Eden. For many, the journey into unbelief begins as unresolved doubt and unanswered questions.

We see doubt arise when Satan twists God’s Word by asking Eve, “did God really say you must not eat the fruit from any of the trees in the garden?” (Genesis 3:1). What God actually said was, “You may freely eat the fruit of every tree in the garden—except the tree of the knowledge of good and evil. If you eat its fruit, you are sure to die” (Genesis 2:16-17). Satan’s questioning was motivated by pride and setting himself up as judge of God and His Word. It made Eve doubt God’s goodness toward her.

Doubts are not a bad thing if they are couched in humility and move us toward greater knowledge, faith, and growth instead of toward unbelief. We can use our doubts to move us to faith by confronting them and finding answers to our questions. Like doubting Thomas, we ought to look and see (John 20: 24–29). When in doubt, check it out. Put your finger on the issues and prayerfully explore them. Don’t allow doubt to go unresolved or harden into unbelief.

For questions we may never have answers for, we need to remember to focus on the Lord and what we do know. Like Paul said, “I know whom I have believed…” (2 Timothy 1:12 NASB). Focusing on the doubt, questions, or what we don’t know won’t help—focusing on Him whom we do know does.

2. Blatant Denial. Once the seeds of doubt were planted in Eve’s mind, Satan followed up with a blatant denial of what God had said. “You won’t die!” (Genesis 3:4). Create doubt then assert a denial. This is one of Satan’s main strategies.

Some scientific claims seem to deny Scripture. Mainstream media has created doubt and made denials about biblical truth with films such as The Last Temptation of Christ (1988), The Da Vinci Code (2006), and Noah (2014).

There have also been questions coming from inside the evangelical church regarding the inspiration and infallibility of Scripture and the reality and eternality of hell. Doubt about these things prompt people to ask, “If the Bible has errors how can we trust it? If it’s wrong about some things, can it be wrong about things like our salvation? Can we have confidence in its teachings?”

We need to handle denials the same as we handle doubt. Use them as springboards to discover truth and review and reaffirm facts we know to be true. When it comes to science and the Bible we also need to remember that God wrote two books: the book of nature, which is interpreted by science, and the book of Scripture, which is interpreted by theology. Because God wrote both books, they aren’t in contradiction. When they seem contradictory it’s our knowledge and interpretations of the books, which are faulty.

3. Subtle Deception. “The serpent deceived me…” (Genesis 3:13). Two things that make us vulnerable to deception are, first, not knowing what God has already revealed in His Word and, second, conjectures about things He hasn’t revealed.

When Satan told his lie, Eve was deceived because she believed something God hadn’t revealed.

Deuteronomy 29:29 says, “The secret things belong to the lord our God, but the things revealed belong to us and to our children forever, that we may follow all the words of this law” (NIV).

One of Satan’s key strategies is to twist Scripture. We can avoid deception by knowing what God has actually said. That means reading and studying our Bibles.

Satan’s other key strategy is to lie or supply misinformation in areas God has not revealed. We can also avoid deception by knowing what God hasn’t said. Ultimately, we must be content to let God have His secrets and not question His character. And that is a choice of faith.

Questions about God and His Word are natural. When questions come, we shouldn’t be afraid to ask them in honest humility. Doing that will only make our faith grow stronger.