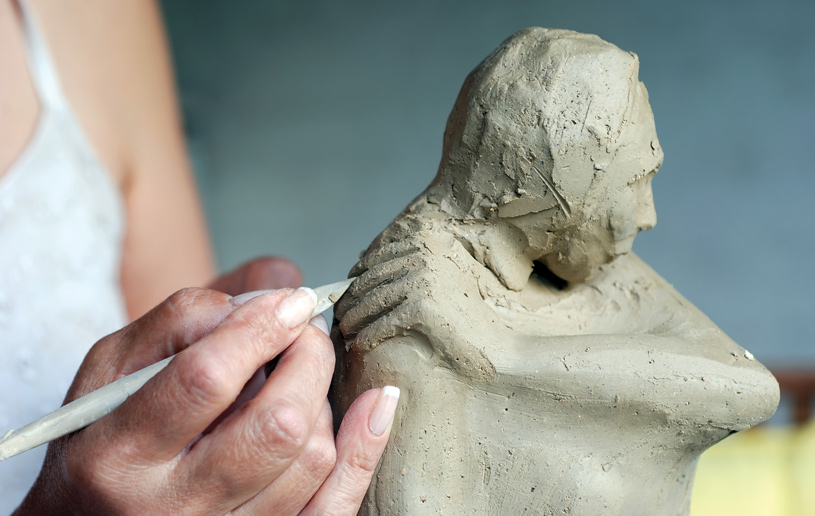 There’s a story of a man who saw Michelangelo chipping away with a chisel at a piece of shapeless rock. The man asked the sculptor what he was doing. “I am releasing the angel that is imprisoned in this marble,” Michelangelo answered. This great sculptor saw past the surface to something greater than just a mass of rock. He knew he had the power to liberate it.

While you and I may not have the sculpting skills of Michelangelo we are able to use something even more powerful, our words.

Words are powerful. They can wound or heal, tear down or build up, crush or inspire. We appreciate and value people with words of affirmation. We devalue and depreciate a person with words of criticism or fault-finding. Words impact our souls and the kind of people we become.

A good example comes from Jesus. Andrew brought his brother Simon Peter to Him and John 1:42 says “Jesus looked at him and said, ‘You are Simon son of John. You will be called Cephas’ (which, when translated, is Peter)” (NIV).

The name Simon, or Simeon, was the name of Jacob’s second-oldest son (Genesis 29:33). He and his brother Levi had ruthlessly avenged the violation of their sister (Genesis 34:25-31). This is who Simon Peter was named after. The name John means dove-like, suggesting the idea of weakness.

When Jesus looked at Simon Peter He didn’t just look at him. The original Aramaic word translated to “looked” means Jesus used a concentrated, intent gaze. It’s the kind of gaze, which not only sees the surface but the heart. In the context of this Jesus says, “You are Simon, son of John.”

Jesus diagnosed Peter’s character and personality. Simon mirrored the rash and impulsive character of Simeon. His conduct throughout the Gospels reflects the same recklessness and tendency to violence, making him weak, inconsistent, and unreliable.

From this story I see two take aways from the way Jesus dealt with Simon.

First, Jesus didn’t say anything negative about Simon. He could have said something embarrassing or humiliating about his names and character but didn’t. He accepted him as he was.

The same needs to be true for the way we deal with others. We’re all aware of our character flaws. No one needs us to point out failure. No one needs our criticism and negativity. What people need is acceptance and grace.

The second thing Jesus did was He spoke with positive affirmation. He said, “You will be called Cephas.” Nearly everyone in those days had two names: a Greek name (the world’s universal language) and a name in his or her own language. Both Cephas and Peter mean “a rock.”

Jesus saw someone who He could build His church on. Simon would become Jesus’ “rock-man,” a solid, strong, reliable, and consistent hero of the Early Church.

In seeing him this way Jesus saw Simon the way God did. This is the same for us—God sees us not only as we are but who we are in Christ, and who we can be if we allow ourselves to follow and be transformed by Him.

If we are to follow this example we need to see and treat others with appreciative affirmation, appreciating and affirming the positive things in their lives as well as in their spiritual potential and character in Christ.

Barnabas, whose name means son of encouragement, took Mark under his wing when Paul refused to take him on their second missionary journey after he dropped out of their first missionary journey. In Barnabas’ mind, Mark’s failure wasn’t final. Years later, Paul's opinion changed. In 2 Timothy 4:11 Paul reveals his new perspective. “Get Mark and bring him with you, for he is useful to me for ministering.”

What changed? I think Mark changed in part because Barnabas believed in him and, following the rejection by Paul, continually affirmed him. Like Simon who became Peter, Mark became a help and hero to Paul.

Our words of appreciative affirmation can have the power to release the hidden heroes in those around us.