The Power of Small Talk 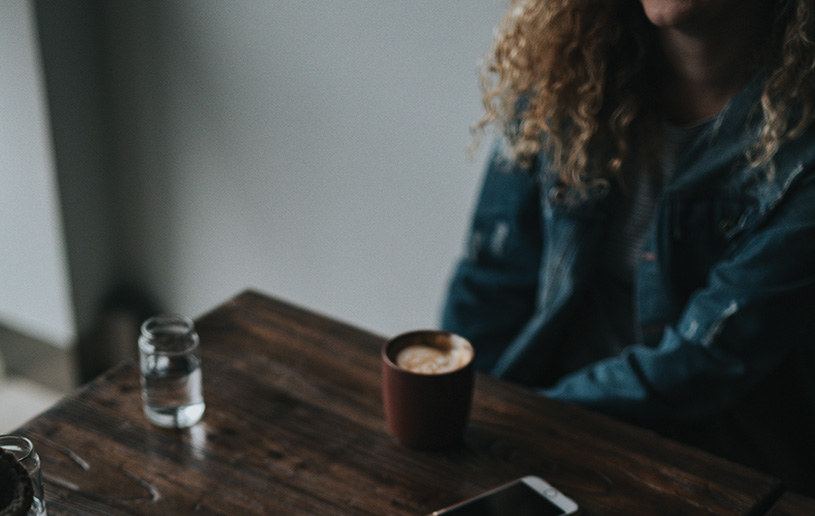 Take Peter at Pentecost. The apostle’s rhetoric soared; his clarity and logic were impeccable! Peter did everything right, and God worked. But what about Jonah headed to Tarshish? Jonah did everything wrong, lurking below deck and defiantly running from God. Yet in spite of Jonah, a crew of rough-and-tumble pagan sailors came to faith in the God of Creation. If only...indeed!

As believers, we can all find ourselves thinking that way, tiring of day-to-day faithfulness and wishing for God to do something. We grow weary of “small talk.” But often, God does spectacular work on our ordinary days—one conversation, one cup of coffee, one troubled soul at a time. At least, that’s the story in the United Kingdom nowadays.

Europe’s golden age of revival has passed. We look forward to our next Great Awakening, but for now, the British Lion’s Christian soul dozes...and many in the corridors of power are keen not to disturb it. That doesn’t mean God isn’t at work! The miraculous harvest of “small talk” at Insight for Living United Kingdom convinces me that He’s constantly at work.

He’s at work in London in Sharon, who years ago sent me a cautious email. Her church had some seriously legalistic authority issues, and she feared she would be reprimanded for asking questions that were bothering her—questions about what the Bible actually says. She might have been afraid that I, too, would tell her off! But gently, over a long correspondence, she discovered that the Scriptures can not only be understood; they can be trusted. Now she’s a confident student of biblical truth. In fact, she’s often invited to speak at various places! And she still gets in touch to run ideas by me.

Email by email, God is at work.

He’s at work in Rosemary. A medical missionary in Peru in the early 80s, Rosemary told me with a twinkle in her eye that Chuck Swindoll saved her life! While in Peru, she had picked up tuberculosis. The mission doctor prescribed a long course of medicine and rest. But headstrong, Rosemary was determined to keep going. Then one day when she was very weak, she heard a preacher via shortwave radio say that a doctor’s wisdom and training are part of God’s grace, so we should pay attention to doctors! That preacher was Chuck. It was as if Insight for Living Ministries’ fledgling broadcast had been beamed into South America specifically to bring a stubborn nurse to her senses! More than 20 years later, Rosemary has been vigorously active in the Pastoral Care team at our home church. She still recounts the day Chuck applied the Scriptures directly to her heart.

Broadcast by broadcast, God is at work.

The signs of His work are all over Victor and Violetta, too. Violetta, a young Lithuanian, had been our waitress when my wife, Rosie, and I stopped at a café for a quick bite before I was to speak at a nearby church. We struck up a conversation, and I left her a business card. One day Violetta called, saying she had a “big problem” she needed to talk about in person. Growing up in Lithuania had made her wary of public phones, so I was left with “big problem” and no details—a pastor’s nightmare! We arranged a rendezvous in London. She brought her “big problem” with her. It was Victor, her fiancé. Actually, Victor wasn’t the problem at all. The “big problem” was that Victor had become a Christian at a youth camp in Latvia but he had not yet been baptized. They didn’t want to get married until Victor had been baptized but they didn’t know anyone they trusted... Could I arrange a baptism? I wish every pastor’s big problems were like Victor. If only...!

Encounter by encounter, God is at work.

Make no mistake—the British Lion’s Christian soul may slumber, but God is wide-awake, hard at work in the UK...and around the world. How is He working through the “small talk” of YOUR days?

Subscribe to our monthly magazine
Date:
October 16, 2018
Type:
Topic:
Back to Top