Not to Worry...He’s Risen | Insight for Living Canada
Skip to main content 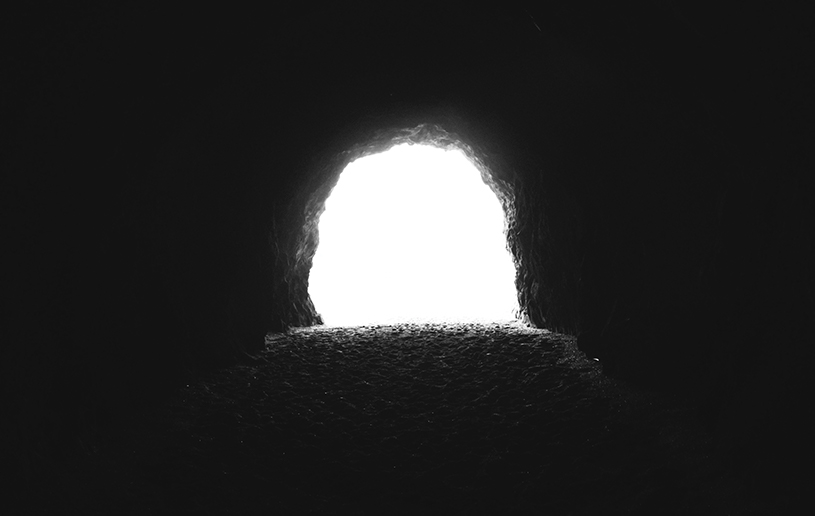 On the day Jesus was crucified, a sinister darkness blotted out the sun and smothered Jerusalem under a blanket of evil. It would have appeared to anyone seeing through eyes of flesh that the darkness, the Devil, and death had defeated the Son of God once and for all.

Demons, darkness, and death...all three worked diligently throughout the ministry of Jesus to bring about this long and anguishing day. But what no one could see was that the Messiah’s death would strike at the very heart of evil.

Three days after Jesus was placed in the grave, on Sunday morning, Mary Magdalene and a group of women converged on the tomb. As they approached, they saw that the giant stone had been tossed aside. Mary Magdalene immediately ran to tell Peter and John: “They have taken away the Lord out of the tomb, and we do not know where they have laid Him” (John 20:2 NASB).

While Mary Magdalene was away, the other women took a closer look. The grave was gaping open. The grave wrappings lay there, still together and intact, but empty. The body was gone. They stood dumbstruck for several moments, until they realized that two angels appeared behind them. One sat on the stone while the other stood nearby. “Why do you look for the living among the dead? He is not here, but has been raised!” (Luke 24:5-6 NET).

Rushing from the empty tomb, they encountered someone who calmed their fears. “Jesus met them, saying, ‘Greetings!...Do not be afraid. Go and tell my brothers to go to Galilee. They will see me there’ ” (Matthew 28:9-10).

When the women told what had happened, the disciples dismissed their story as insane, exaggerated chatter. Meanwhile, Mary Magdalene found Peter and John. At first, they, too, dismissed her story, but curiosity eventually got the better of them and they raced to the tomb.

When John arrived, he stopped at the entrance and looked inside. Peter ran straight into the tomb and was shocked by what he saw. Joining Peter inside the tomb, I like to think that John whispered, “He’s alive!”

As word spread, a multitude began to assemble at a home in Jerusalem. With the doors locked tight, a familiar voice rose from the middle of the room. “‘Peace be with you.’ And when [Jesus] had said this, He showed them both His hands and His side” (John 20:19-20 NASB). And they believed.

Unfortunately, Thomas, one of the Twelve, was not there. When he arrived, everyone told him the story. Thomas wouldn’t believe the reports. “Unless I see in His hands the imprint of the nails, and put my finger into the place of the nails, and put my hand into His side, I will not believe” (20:25). Eight days later, Thomas found himself inside the house with the doors of the room shut tighter than before. “Peace be with you” (20:26). Again, Jesus stood in the middle of the room. “Reach here with your finger, and see My hands; and reach here your hand and put it into My side; and do not be unbelieving, but believing” (20:27). Thomas didn’t move. He didn’t even lift a finger. He responded as only a genuine follower of Jesus can respond: “My Lord and my God!” (20:28).

The responses of the people who knew Jesus that Sunday morning parallel the reactions I encounter every day as a modern-day bearer of this good news.

Some believed immediately. They were given the information, remembered what Jesus had predicted during His ministry, and accepted His resurrection as genuine.

Some believed with indirect evidence. They initially doubted the notion, but when they received further information—such as seeing an empty tomb—they knew He had risen.

Some believed with direct evidence. They only believed that Jesus had risen after seeing Him with their own eyes.

Demons, darkness, and death have been vanquished, yet they continue to lash out in desperate hatred against everything in God’s creation. But not to worry...Jesus is alive with a new kind of life that He longs to give any and all who will believe. Are you in that company? Or, have you come to realize your need for a Saviour? Good for you! The Devil, darkness, and death may swagger and boast, the pangs of life will sting for a while longer, but the forces of evil are breathing their last. So there’s no need to worry...He has risen! He has risen, indeed!