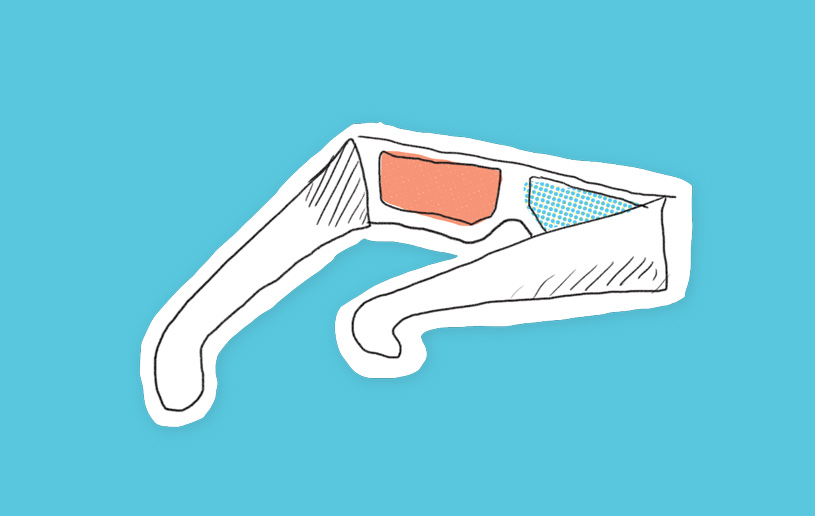 In the last semester of my fourth year of university I had an assignment, which was challenging to say the least. I had to create a conceptual mixed media photography project based on a chosen photographer's work. OK, it doesn't sound that bad. But I promise, it was.

My major was print journalism but I was desperate to have photography training so I pleaded with the prof to make an exception. Although I enjoyed the courses immensely, I didn't exactly “fit in” if you know what I mean.

Often people in my courses chattered about hidden metaphor and layers of meaning. Meanwhile I'd find myself staring at the work of a revered photographer and never have any sort of insight.

Layers of meaning? I don't even know how to make layered cake!

I think of this experience when I read verses like Isaiah 6:9. “…You will hear my words, but you will not understand. You will see what I do, but you will not perceive its meaning.” I get it! Sometimes I think we wonder how the Israelites, or the Pharisees, or non-Christians today could possibly miss the work of God in their lives. But the truth is, there are times everyone misses the point.

It all comes down to perspective.

Chuck Swindoll says we tend to view life horizontally rather than vertically1, and I think that's a good way to put it. Often when times are tough we will sit and stare directly at a situation, wondering, “What does this mean?” rather than looking up and asking God for wisdom.

So how do we look at a discouraging situation and see more than what's directly in front of us?

In one class I studied a photographer whose work intrigued me. She studied perspectives by taking a photo of something, then taking a second photo after turning 45-degrees to the right. Her work was displayed in twos, with both images side-by-side looking nearly identical.

It was just different enough to make me think. When you take a photograph, you are essentially cropping your surroundings and focusing on one aspect of it. Those who view the photo don't see anything except what you've chosen to capture from that scene. By moving slightly to the right, you are capturing more of the scene and if you were to move again… even more. This work spoke a lot to me about the choices we make every day—of what we choose to focus on and share with others. Yes, it's a choice.

What if next time life gets rough you tried turning slightly to the right? Maybe for you that means reaching out to God in extended times of prayer, or reading through passages about God's faithfulness like in Hebrews 11:1, Colossians 3:1, or 1 Peter 1:18. Maybe it means talking to a friend or pastor about your situation. Turning slightly to the right means doing whatever it takes to widen your perspective from what's right in front of you. It also means you choose to take action, to actively seek God in your situation and keep going.

Daily we face difficulties and unfair situations. The truth is life doesn't make a lot of sense in those times. We ask tough questions and hear resounding silence. Where is God in our trials? Where is our Helper in times of trouble? Life in these times seems muted, flat, 2-D.

For my final photography project I decided to take the perspectives approach, since I found it so intriguing. I started by creating photos in the same manner—taking two shots with the second turned slightly to the right. I tried to find some sort of meaning in the images, but I couldn't. The images were so similar I was hard-pressed to see much more than what was in front of me.

That is, until inspiration struck. I was reminded of another time when I had looked at two nearly identical images side-by-side behind an old device called a stereoscope. Invented in 1838, a stereoscope takes two 2-D images and gives the perception of 3-D depth. Not only does it add layers of perspective, it creates an exciting and engaging scene with treasures to be discovered within. The flat, boring image comes to life.

Now energized, I built my own stereoscope-like device and created 3-D images. In the process of taking two images and making them appear as one, I learned how to give life to my seemingly meaningless photos and see them in a new way. It was a transformation in my project and my perspective.

Sometimes a slight shift in perspective can make you see everything differently.