Moses and Saying “No” 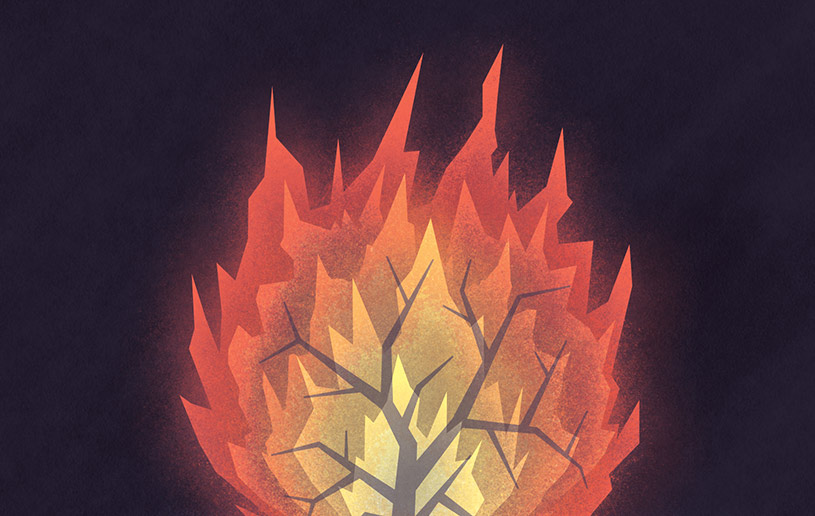 Every leader or would-be leader must ask and answer the question, “What am I going to do with my life?” Regardless of how one answers this question, at some point one will have to say “no” in order to pursue their life calling. The critical question is, what or who will you say “no” to?

The leadership quality we learn from Moses is the ability to say “no.” It was this, and his ability to deny himself, that entitled and enabled Moses to be a great leader.

How did Moses get to the point of saying “no”? I believe the events surrounding Moses’ departure from Egypt shattered him. When the Lord appeared in a burning bush, Moses was an insecure, fearful man. His responses to God showed this, “Who am I? Who are you? What if the Israelites don’t believe me? I’m not good with words. Send someone else” (Exodus 3). The Lord graciously convinced Moses He would be with him. Moses believed God and by placing his confidence in God, Moses was able to say “no” to Egypt and “yes” to leading Israel.

Hebrews 11:23–28 summarizes this situation well. The courage to say “no” was first modelled by his parents, who were unafraid to disobey the king’s command to kill Hebrew babies. When Moses grew up, he rejected the wealth, power, and fame of being called the son of Pharaoh’s daughter. Moses said “no” to the fleeting pleasures of sin and instead shared in the oppression of God’s people. He said “no” to fearing Pharaoh and left Egypt refusing to turn back. He said “no” to unbelief and the angel of death and “yes” to obedience in faithfully keeping the Passover as God commanded.

Throughout his life, this was something Moses continued learning. Perhaps he thought being the leader meant being omnicompetent. His father-in-law Jethro saw how Moses was spending entire days listening to and solving disputes between people so he told Moses how to empower and delegate much of that task to others. Moses accepted his limitations and said “no” to pride and self-sufficiency, thus keeping him from burning out and able to be a better leader for the people.

Later in their wanderings, Moses was attacked regarding his wife, and his leadership was criticized and undermined by those closest to him (Numbers 12:1–16). Moses resisted lashing back and vindicating himself. He let God settle the score. He was able to say no to bitterness toward Miriam, and graciously asked the Lord to heal her of her sin-induced leprosy. For this he was called the most humble person on earth (v.3).

Moses’ humility was due in part to his awareness and acceptance of his limitations. He did not view himself as superior. He was humble because he also cultivated a meaningful, personal relationship and fellowship with the Lord.

The attitude that allowed Moses to say “no” to temporal pleasures and pursuits is spelled out for us in Hebrews 11:23–27 (NASB). By faith, Moses’ vision was focused on “seeing Him who is unseen” and “looking to the reward.”  In other words, the ability to say “no” is rooted in a vibrant faith in God and the belief that He is the ultimate rewarder. That focus keeps everything else in perspective.

From there, Moses carefully considered and weighed two outcomes—the riches gained from suffering the reproach of Christ and enduring ill-treatment with God’s people versus the treasures of Egypt and temporary pleasures of sin. He concluded the value of God’s eternal reward was greater than any temporal material wealth and position. So he chose to say “no” to the pleasures and treasures of Egypt. In the words of martyred missionary Jim Elliot, “he was no fool to give what he couldn’t keep to gain what he couldn’t lose.”

Staying focused on the One who ultimately matters and His eternal reward waiting for us allows us to keep things in perspective and say “no” to lesser things and anything that “slows us down…We do this by keeping our eyes on Jesus, the champion who initiates and perfects our faith. Because of the joy awaiting him, he endured the cross, disregarding its shame. Now he is seated in the place of honor beside God’s throne” (Hebrews 12:1–2).

The ability for the Christian leader to say “no” is rooted in these same things. It comes by fixing our eyes on Jesus as the One we are ultimately accountable to and by Whom we will be rewarded. Then, we must carefully weigh the eternal values against the temporal ones.

Because Moses’ vision and values were focused on that which is eternal, he had the ability to say “no” and God gave him a leadership role that far exceeded anything he ever would have had in Egypt.