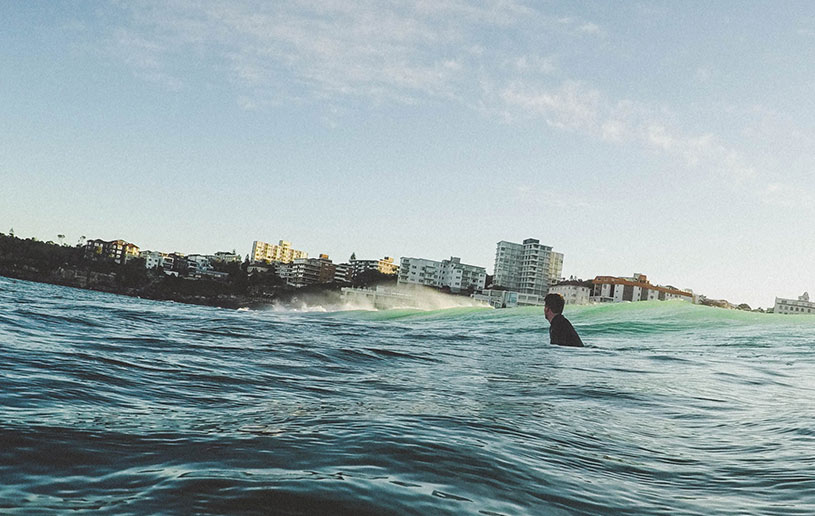 Culture has reached an all-time low. Our cities have laws that forbid open sewers and unsafe cesspools, but we lack laws that forbid obscenity and pornography. Unrestrained, immorality parades through every public square in a brazen display of depravity akin to Sodom’s.

The sordid account of Sodomite lifestyle is graphically portrayed in Genesis 19. The place was shot through with open, shameless perversions.  “Both young and old, all the people from every quarter” practiced depravity (Genesis 19:4 NASB). Walking through Sodom would’ve made driving through New York City’s red-light district seem like a bike ride along Cape Cod. It was gross. Sodom’s citizens were wilfully-debased sinners who regularly practiced indecent, degrading acts on one another.

For some strange reason, Lot was drawn to Sodom. He and his family lived among these people and, no doubt, became accustomed to their ways. Then God stepped in.

Jealous for Lot’s deliverance, the Lord clearly announced the evacuation plan: “‘Run for your lives! And don’t look back or stop anywhere in the valley! Escape to the mountains, or you will be swept away!’” (Genesis 19:17 NLT). What grace! The Lord cared enough for Lot and his family to map out an escape plan. Nothing complicated. No riddles. Just, “Run for the hills!”

Behind this serious warning, a severe extermination plot was unfolding. Doomsday struck when “the Lord rained down fire and burning sulfur from the sky on Sodom and Gomorrah” (19:24). Can you feel the heat on your face as you read those words? The corrupt cities sank slowly as the Dead Sea bubbled over them and their inhabitants.

And Lot? He was running for his life with his two daughters. The family was safe! But not all the family. Mrs. Lot didn’t make it. Apparently, she couldn’t bring herself to believe God meant what He said: “Lot’s wife looked back as she was following behind him, and she turned into a pillar of salt” (19:26).

Why was she behind him? I’d suggest she was still attached to that lifestyle. She refused to sever emotional ties. All this business of running away and not looking back was awfully extreme. Mrs. Lot’s philosophy could’ve been etched on her salt-block tombstone: NO NEED TO TAKE GOD SERIOUSLY.

I know of no philosophy more popular today. It’s the reason we’re caught in the do-your-own-thing syndrome. Millions are drowning in depravity’s undertow...but instead of screaming, “Help!” they shout, “I’m free!” as they sink deeper and deeper.

It’s tragic, but not inevitable. We can resist depravity’s dangerous undertow by anchoring ourselves to God’s grace—daily, especially when we’re growing in our faith.

If you’re living like Lot right now, God’s escape plan for you is the same as it was for him: run and don’t look back! If you’re flourishing spiritually, remember “Sodom” is never far away. (Don’t believe me? Keep reading Lot’s story.) Ask the Lord to help you put into practice four lifesaving strategies for anchoring yourself to His grace.

First, realize no one is immune to the dangers. “If you think you are standing strong, be careful not to fall. The temptations in your life are no different from what others experience” (1 Corinthians 10:12–13).

Depravity’s undertow is strong. The moment we think we’re good enough to swim alone, we get pulled under. Doesn’t matter whether you have a theology degree and a 50-year ministry or were reared in a godly home and have attended hundreds of Bible studies. Don’t listen to pride’s snooty voice telling you you’re better than those people. Admit, “I am vulnerable. It could happen to me.”

Second, stay alert to subtle hints. “Carefully determine what pleases the Lord. Take no part in the worthless deeds of evil and darkness” (Ephesians 5:10–11).

Open your eyes! Do you see in your life and family a growing toleration of the profane? Lower standards? Making light of sacred things? Watch for hints of sin’s pull. Talk to your children and spouse about what you see. Ignoring problems never makes them go away.

Third, declare and model your standard repeatedly. “Commit yourself wholeheartedly to these commands...Repeat them again and again to your children” (Deuteronomy 6:6–7).

We never see Lot state godly virtues to his daughters! We live in a sexually-permissive society; we need to guard our homes. Write down your moral standards, post them on your refrigerator—then live by them! Ask someone to hold you accountable.

Finally, guard against passivity. “Be on guard; then you will not be carried away by the errors of these wicked people and lose your own secure footing” (2 Peter 3:17).

It’s easy to shrug our shoulders when we see immorality seeping into every corner of our society and think, It’s no big deal. Passivity is an enemy! Defeat it by pointing out sin when you see it.

You and your family can escape depravity’s undertow. God’s grace is real and powerful. But you must act...now!