The Legacy of Learning 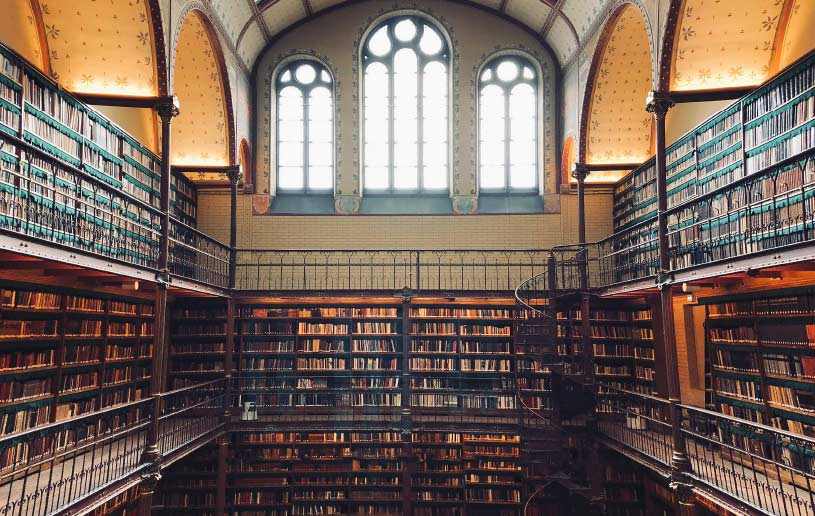 Slice it any way you wish, ignorance is not bliss. Dress it in whatever garb you please, ignorance is not attractive. Neither is it the mark of humility nor the path to spirituality. It certainly is not the companion of wisdom.

On the contrary, it is the breeding ground for fear, prejudice, and superstition...the feeding trough for unthinking animals...the training field for slavery. It is blind and naked (Tennyson), the mother of impudence (Spurgeon), it brings despairing darkness (Shakespeare), never settles a question (Disraeli), nor promotes innocence (Browning). And yet it remains the favourite plea of the guilty, the excuse of the lazy—and even the Christian’s rationalization for immaturity.

We dare not fall into that trap! Our spiritual fathers didn’t. Trace your heritage back to Moses and you find that the people were given the Truth of God in written form that they might know and that their children might know the right path to follow.

In Samuel’s day, a school of the prophets was formed to dispel the ignorance among the people.

This philosophy carried into the New Testament as Jesus frequently rebuked His listeners for not reading, not knowing the underlying principles for living. How often Paul expressed similar convictions with such strong words as, “I do not want you to be unaware.” Dr. Luke commended the church at Berea because they were “examining the Scriptures daily to see whether these things were so” (Acts 17:11 NASB).

Our own nation saw the need for being knowledgeable...for perpetuating an educated, well-trained body of godly people who could proclaim God’s message with intelligence, authority, and conviction. Our oldest institution of higher learning—founded only 16 years after the landing at Plymouth—was established for the purpose stated on its cornerstone. That marker still stands near an iron gate that leads to the campus of Harvard University:

After God had carried us safe to New England and we had builded [sic] our houses, provided necessaries for our livelihood, reared convenient places for God’s worship and settled the civil government, one of the next things we longed for and looked after was to advance learning and perpetuate to posterity, dreading to leave an illiterate ministry to the churches when our present ministers shall lie in the dust.

This continued until European liberalism, with its subtle narcotic of humanism and socialism, began to paralyze the nerve centres of theological thought and educational philosophy. Doubt and despair replaced certainty and hope. Mental discipline, honed on the wheel of exacting academic requirements and intellectual integrity began to lag. Permissiveness became the order of the day. This evolved into a mentality that now considers deep thought and thorough study a joke. Thank God, there are some exceptions. But they are precious few...especially among the saints.

To be sure, there are dangers connected with being knowledgeable. Solomon warns us of the worst in Ecclesiastes: pride—the wearying, futile pursuit of knowledge, a flesh trip that can cause a head to outgrow a heart. Mere intellectualism can be only “striving after wind” (Ecclesiastes 1:17).

But my single desire is to support the premise that knowledge, rather than being an enemy of the faith, is an ally...perhaps one of our strongest. I call upon C. S. Lewis to state my cause, and with him I rest my case.

If all the world were Christian it might not matter if all the world were uneducated. But, as it is, a cultural life will exist outside the Church whether it exists inside or not. To be ignorant and simple now—not to be able to meet the enemies on their own ground—would be to throw down our weapons, and to betray our uneducated brethren who have, under God, no defense but us against the intellectual attacks of the heathen.

Good philosophy must exist, if for no other reason, because bad philosophy needs to be answered. The cool intellect must work not only against cool intellect on the other side, but against the muddy heathen mysticisms which deny intellect altogether. Most of all, perhaps, we need intimate knowledge of the past...the learned life then is, for some, a duty.1

Daniel and his three fellow Hebrews mentioned in Daniel 1 provide one of many biblical examples of human intellect employed for God’s purposes. As you read it, notice the quality and the source of Daniel’s intellect.

What can you do to receive fully the mental riches God makes available to you? How can you get started today?