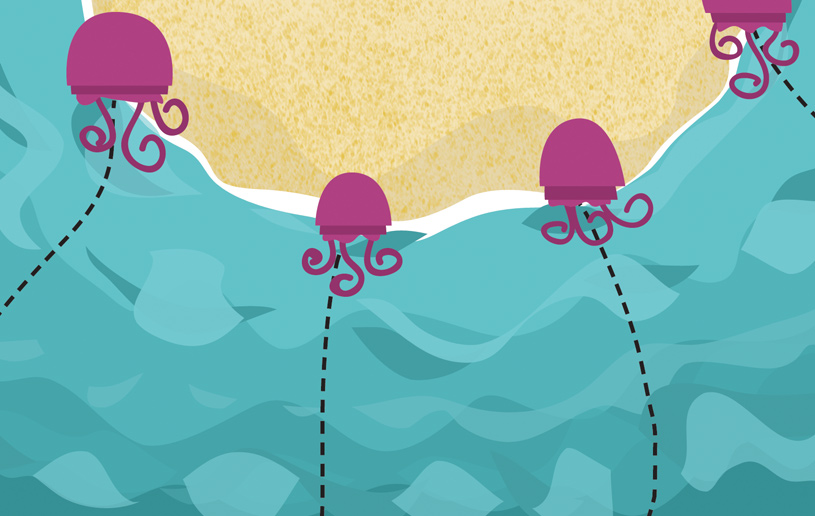 Recently while in Cuba I walked along a beautiful beach and came upon a jellyfish that had washed ashore. It seems high winds and strong currents had pushed hundreds of them toward the shore with many being cast up on the sand to await death.

I bent down and, careful so as to not be stung, gently pushed the jellyfish back into the water. As I did I thought of the story of the young man who, like me, had walked along a shoreline and—instead of jellyfish—tossed washed-up starfish back into the ocean, one at a time. When questioned by a passerby as to the futility of trying to save the hundreds of beached starfish, the young man simply answered, “I made a difference to that one.”

I like to think I made a difference to one or two jellyfish that day.

When I consider our Christian responsibility to be salt and light, transform culture, and make a difference in our world, I hear lots of rhetoric about the broad generalities of what Christians as a whole should do in standing up for justice and truth in society, about the big picture and large-scale movements.

I believe there is a place for that and some Christians are called and placed in positions to make a large impact in our society and world. But I can't help think this isn't the norm for most.

The majority of us are not placed in those high-level positions. Nor are we called upon by the Lord to make a large-scale impact. Like me with the jellyfish, or the young man with the starfish, we are called to make a difference to whoever crosses our path as we walk through life.

But I don't see that happening. And it may be due to how we think about a thing called ministry.

Somewhere along the line subtle shifts occurred in our thinking about Christian ministry. One shift occurred regarding the person who does ministry. In much of our thinking the position of pastor and minister are synonymous. We think of our pastors as the ministers who minister by teaching, leading, counselling, and visiting. We think our part is to gather in the church building and be ministered to as if that was the end in view. Then we return to our daily lives for the week and leave ministry in the hands of the professional minister.

I think we've got it wrong.

In the Early Church we see the believers gathering together to be equipped for life and ministry (Acts 2:42-47; Ephesians 4:12) and then sent out to minister as they lived their lives in the daily grind. The Bible teaches that every believer is a minister, gifted by the Lord uniquely to minister as we go through life. And while some ministry happens in a church building, it's not the primary place for it. Ministry takes place out in the world where we live.

In the familiar story of the Good Samaritan (Luke 10:30-35) it was the Samaritan, with his somewhat different culture, “as he traveled” that he ministered to and impacted the broken and bruised man. It was in the course of carrying out his daily life and business that the Samaritan ministered and made a difference. He didn't transform his culture that day, but he made a difference to the life of the broken man. He was a minister, ministering to his neighbour, a man who crossed his path.

It is that ministry kind of approach to life by Christians that will transform our culture. The world will not know we are Christians by our buildings, programs, drama, or music. However, they will know we are followers of Christ and be won to Him and transformed by Him because of our love and ministry to them.

We need to set our sights on ministering and making a difference to those whose paths we cross each and every day—the unbelievers we work with, who live next door, who come into our lives.

Even the small things we do to minister while living our lives can show love to those the Lord brings across our path. These are the things that impact and transform culture little by little and one life at a time. Just like that jellyfish.

Subscribe to our monthly magazine
Date:
February 6, 2012
Type:
Topic:
Back to Top