An Invitation to Touch the Skin of Infinite God 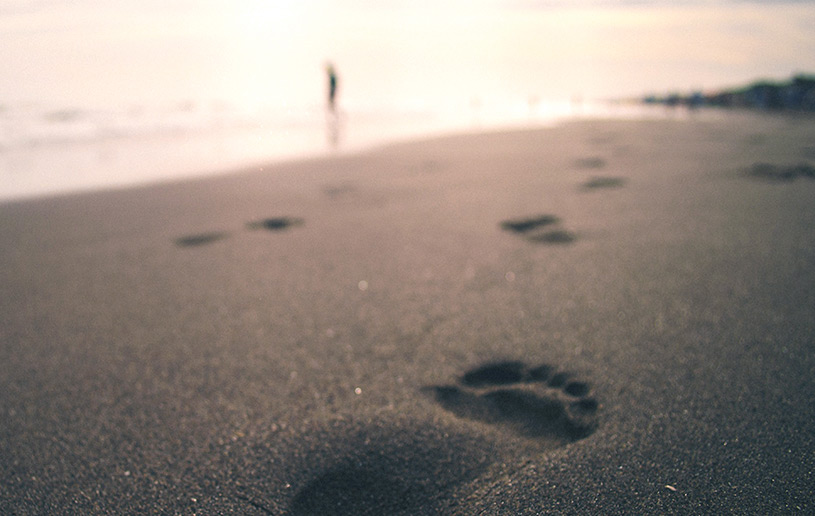 Childbirth is something no man can completely appreciate. We can marvel as an observer—a helpless one at that—but we cannot experience it as a woman would. My wife tells me, “I cannot completely describe the feeling that came over me as the doctor held up Curt, cut the cord, and then laid him right across my tummy. As he stretched out, I reached down and felt him and thought, How incredible! This little life came from us!”

The humanity of this scene appropriately pulls us in for a closer look. We can identify with Joseph’s confusion, Mary’s wonder, and the irony of God’s quiet arrival in such an inhospitable world...all of those thoughts are magnificent to ponder. But we cannot stop there. These are only an entrance to wonders far deeper, far more significant. Just beneath the soft, newborn skin of this beautiful story is the flesh and bone of a theological truth that is older than creation, since the plan was in place long before time began.

The incarnation—God becoming flesh—is a doctrine that is foundational to everything we believe as Christians. Most conservative scholars see with 20/20 hindsight the hint of Christ’s birth in Genesis 3:15. Speaking to the serpent in Eden, God said:

“I will put enmity
Between you and the woman,
And between your seed and her seed;
He shall bruise you on the head,
And you shall bruise him on the heel.” (NASB)

Much later, the prophet Isaiah wrote these words centuries before God became man:

“Therefore the Lord Himself will give you a sign: Behold, a virgin will be with child and bear a son, and she will call His name Immanuel.” (Isaiah 7:14)

In telling the story of God’s incarnation, the disciple Matthew tells us this:

Behold, an angel of the Lord appeared to him in a dream, saying, “Joseph, son of David, do not be afraid to take Mary as your wife; for the Child who has been conceived in her is of the Holy Spirit. She will bear a Son; and you shall call His name Jesus, for He will save His people from their sins.” Now all this took place to fulfill what was spoken by the Lord through the prophet: “Behold, the virgin shall be with child and shall bear a Son, and they shall call His name Immanuel,” which translated means, “God with us.” (Matthew 1:20–23)

When the first man plunged all of humanity into sin with his disobedience in the Garden of Eden, evil entered the bloodstream of humanity, polluting all who live in it. And each of us has ratified Adam’s tragic choice by adding our sin to his. The result is a world subject to pain of every conceivable kind: hunger, thirst, sorrow, weariness, temptation, disease, prejudice, grief...the list would be endless if it didn’t end with the ultimate evil: death.

Many struggle with the idea of God because they wrestle against “the problem of pain”—How can a good God allow evil to continue? The surprising answer: because He loves us. He could have ended all evil before the fruit of the forbidden tree digested in Adam’s stomach. Let’s not forget that the evil we would have God put an end to includes you and me. We brought, and continue to bring, evil upon ourselves and the world, and He would be entirely justified to condemn us to suffer the twisted mess we have made of His creation. But...He loves us.

What an awful predicament. God must punish sin. The penalty of sin is eternal death. But to carry out the sentence, God loses the very people He loves. Just as one man led all of humanity into rebellion, another must reconcile us. But who? Who among us does not deserve the penalty of sin? And if one sinless person could be found, what mere mortal would have the power to die the death you and I deserve, yet survive the process so that He could continue to represent us? Why, only a human who is also God could do that!

Two millennia ago, God answered the anguished cry of humanity by making “the problem of evil” His own. God Almighty became Immanuel, “God with us.” He lived as we live, suffered as we suffer, died as we die, yet without sin. And He, being the God-man, overcame the power of death in order to give us eternal life.

The plan is complete. Remember Jesus’ words on the cross? “It is finished!” (John 19:30). Mission accomplished. Nothing left for God to do, except allow His creation time to respond. He patiently waits...but time is running out. He will not wait forever. He will one day close the door of opportunity, either by your own physical death or by bringing all earthly history to an end.

As you ponder the humanity of the first Christmas, remember that it is an invitation to slow down and think deeper. I invite you to touch the infant skin of the God-man with your imagination. I invite you to wonder as the shepherds wondered and to worship as the wise men did. I invite you to allow the God-man, Jesus, to take your own “problem of pain” and make it His. If you can accept my invitation, you will receive the greatest Christmas present on earth: God’s indescribable gift.