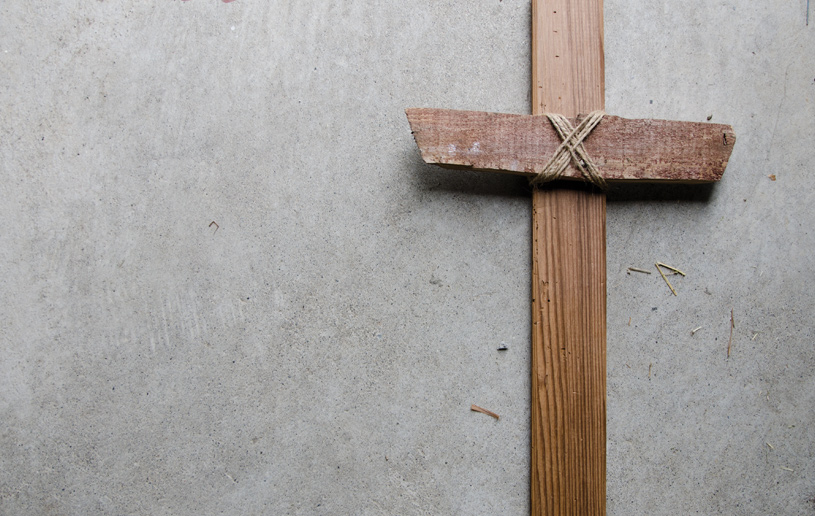 Rarely will one of God's heroes show up in the Scriptures having lived a life free of failure.

Take Peter, for example. As soon as you read the name, you remember his story. Peter experienced the extreme highs and lows of life—from days spent in blessed fellowship with Christ…to the heart-wrenching erosion of loyalty when he denied the Lord. Not once. Not twice. Three times. Once he realized his failure, the Bible says, ”he went out and wept bitterly“ (Luke 22:62 NASB).

Can you remember a failure that was so dramatic and so tearful for you that you hardly need to be reminded of the feelings? I remember Betsie ten Boom's words, ”There is no pit so deep but that He is not deeper still.“ As dark and as deep and as tragic as your failure may be, He is willing to go to the depths of it with you.

This was true of Peter too. Look back at Luke 22. After the surprising warning of Satan's attack, Jesus gave Peter a statement of fact: ”I have prayed for you, that your faith may not fail.“ Then there was a veiled reassurance: ”And you, when once you have turned again...“ Then a final command: ”Strengthen your brothers“ (22:32).

What does that suggest? It suggests that Peter was going to fall. ”Once you have turned again.“ ”Retraced your steps“ is another way someone else has put it. ”Once you have turned again,“ Jesus said, ”then use it to strengthen your brothers.“ Jesus knew Peter to the core. He knew Peter would fall, but He prayed for him that he would not remain fallen. Jesus loved Peter—even at his point of deepest weakness.

How did He prove that love? Mark 16:6-7 answers that question. After the Resurrection, while the women were standing at the tomb, an angel told them:

”Do not be amazed; you are looking for Jesus the Nazarene, who has been crucified. He has risen; He is not here; behold, here is the place where they laid him. But go, tell His disciples and Peter.“ (emphasis added)

Isn't that great? ”Don't forget Peter. He's the last one who thinks that I'll ever want to talk to him again. Tell Peter!“ What grace!

Somewhere between the time Peter fell and this angelic announcement there was a process during which Peter wallowed in remorse, wishing he could, if possible, correct his error…but he couldn't. And somewhere in the midst of it he heard the Lord say to him, ”Peter, I forgive you. I understand. Use it to strengthen your brothers.“

That's why Peter later was able to write the following words to early Christians:

May grace and peace be yours in the fullest measure.

Blessed be the God and Father of our Lord Jesus Christ, who according to His great mercy has caused us to be born again to a living hope through the resurrection. (1 Peter 1:2-3, emphasis added)

Why did this mean so much to Peter? Because it was at the Resurrection Peter's name was called, and the Lord in tender mercy said, ”Tell him I've come back.“

First Peter is a letter of great hope written by a man who experienced it! By the time he wrote this letter, Peter had come to the place where he was not only back on the scene; he was aggressively engaged in the formation of the early church.

It can happen to you too. Just like fallen and forgiven Peter, you can find new hope despite your failures. If you are a believer, you are born again to a living hope through the resurrection of Jesus Christ from the dead (1 Peter 1:3).

What tender mercy! What triumphant grace! Failure is not forever. God specializes in forgiveness and hope. He can use even your worst failures in a mighty way.