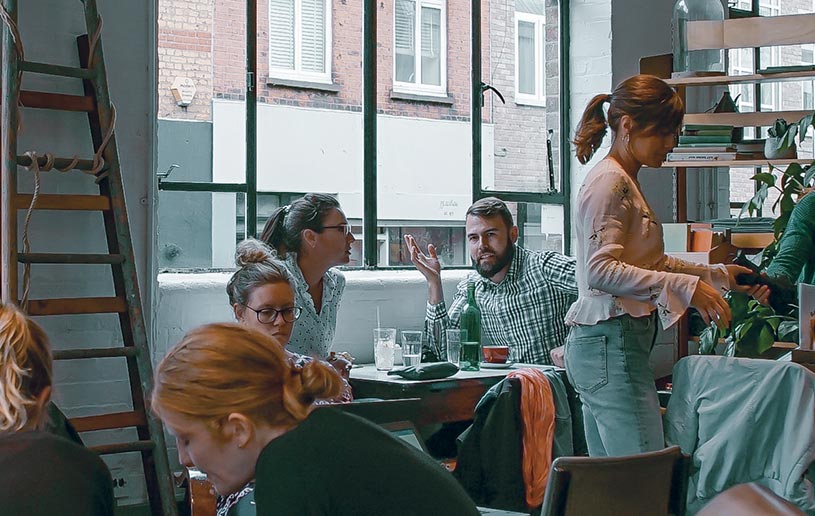 In 1991 James Patterson and Peter Kim released The Day America Told the Truth, a study based on an extensive opinion survey which guaranteed the anonymity of its participants. And the truth was shocking! Let me give you a brief sampling of their findings: Only 13 per cent of Americans see all Ten Commandments as binding and relevant; 91 per cent lie regularly, both at work and in their homes; most American workers admit to goofing off for an average of seven hours—almost one whole day—per week; and half of our workforce admits that they regularly call in sick when they feel perfectly well.

One particular question on the survey really grabbed me: "What are you willing to do for $10 million?" (Are you sitting down?) Twenty-five per cent would abandon their families; 23 per cent would become a prostitute for a week; seven per cent would murder a stranger!

Now, a word of caution here. Sometimes it's easy for Christians to feel a little smug—to look down our pious noses and sigh in pharisaical tones, "I'm a Christian. I would never do that." Not so fast, my friend. You don't want to hear this, but there's not all that much difference between "us" and "them."

Two other authors, both Christians, did their own sampling of the populace and built their own embarrassing case based on hard evidence. According to their book, Keeping Your Ethical Edge Sharp, Doug Sherman and William Hendricks concluded that "the general ethical conduct of Christians varies only slightly from non-Christians" (with some grand exceptions, of course). Believers, they said, are almost as likely as unbelievers to do such things as falsify their income tax returns, steal from the workplace, and selectively obey the laws.

No question about it, depravity is alive and well with non-Christians and Christians alike. Why? Because "inauthenticity" became the art form of the 1990s.

Do your own honest soul search. What would you do for $10 million?

Subscribe to our monthly magazine
Date:
January 8, 2020
Type:
Topic:
Back to Top