Get Real | Insight for Living Canada
Skip to main content 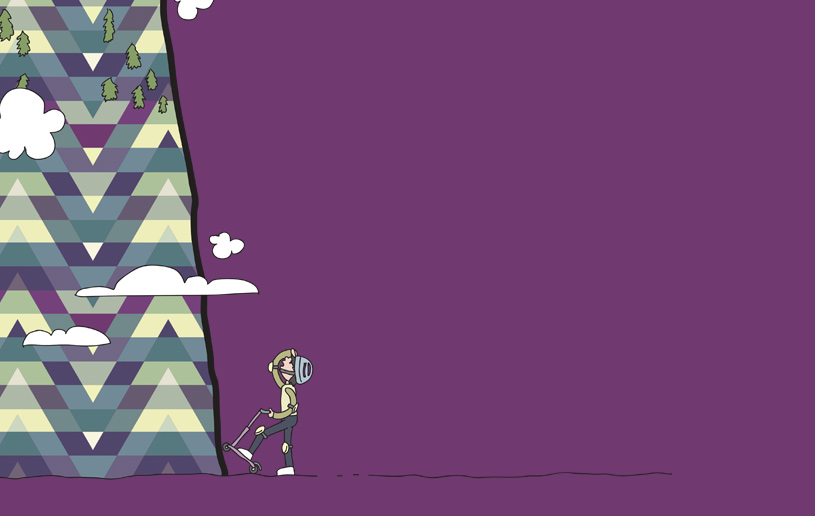 One of the mixed blessings of public speaking is listening to the way folks introduce you. It's sometimes best to cover your ears. You wonder if they've got the wrong guy. Sometimes I wonder what it would sound like if someone who knew me well did the introducing. My friend Vance would likely introduce me this way:

Phil is an author of books that he sometimes wishes would sell more copies. He has an awful slice when he golfs and his wife practices what he preaches. He has, on occasion, yelled at his kids, and he once yelled at me for starting a Rototiller outside his window on a Sunday afternoon. I know for a fact that he loves his wife, but he also frustrates her at times, to the point where Ramona has twice considered scrambling an egg on his head. He loves Jesus, but sometimes does the thing he doesn't want to and doesn't do the thing he knows he should. I have seen him give way to covetousness, pride, jealousy, anger, and self-righteousness. But I've also seen him ask for forgiveness. Phil is a sinner saved by grace. God loves him. I love him. And I hope today that you will too.

I think I'd like that. The truth is, I have lived much of my life a hypocrite and it's hard work. In the church where I grew up (I actually grew up at home, but you know what I mean) hypocrisy was rewarded well. I learned early that looking right and sounding right was all I needed to get by. But if ever I started asking tough questions, or stepped out of line, it was like climbing Everest on a scooter. I thank God for parents who were real, who taught me that God looks past the outward appearance. But hypocrisy dies hard.

In 1 Timothy 1:16, the Apostle Paul refers to himself as the worst of sinners, the chief of sinners, the head honcho. In Romans 7:19 he admits, “For what I do is not the good I want to do; no, the evil I do not want to do—this I keep on doing.” Such an admission brings us to our knees, and brings freedom.

After the disgraced televangelist Jimmy Bakker released his book I Was Wrong, I spent some time talking with him about his time in prison. I couldn't help but think that the worst prison he had ever been in was the self-imposed prison of hypocrisy.

One night David Letterman interviewed conservative talk show host Rush Limbaugh and asked, “Rush, do you ever wake up in the middle of the night and think to yourself, 'Boy, I'm full of a lot of hot air'?”

Limbaugh answered without a smile, “No.”

Whether Rush was kidding or not, I do not know. But I do know that many of us spend our lives trying to convince others that we have it all together. But what would it look like if our lives were characterized by the refreshing simplicity of truthfulness? Pulling the weeds of duplicity, manipulation, and verbal gymnastics causes authenticity to take root and integrity to grow.

What does it mean to get real?

It means that pretending is no longer in our bag of tricks. We accept the reality that we are sinners, that nothing we do will impress God, that His grace is enough. With such an admission comes forgiveness and peace.

Now I'd better run. My wife is asking me how I'd like my eggs.