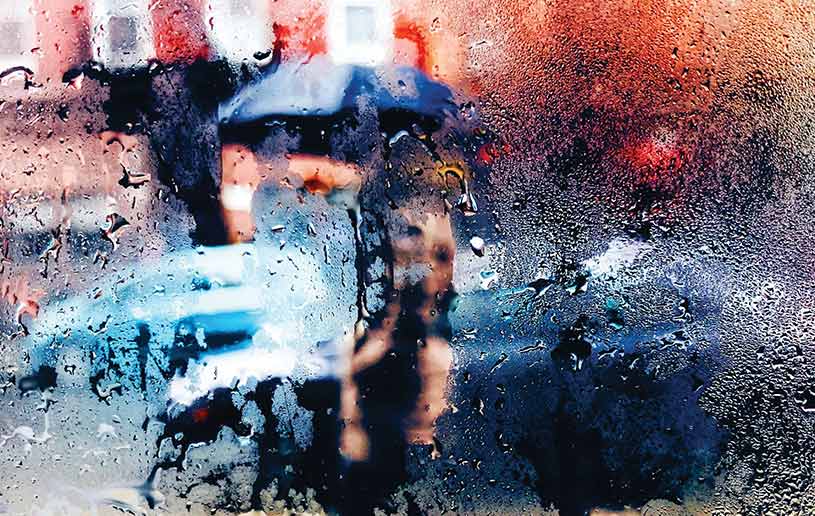 While Jesus was indeed gentle and kind, He also took a bold stand against sin. In fact, when confronting evil dressed in the garb of religion, His formidable anger took many by surprise. He sharply rebuked the religious leaders in Israel for turning their privileged status into an opportunity to gain wealth and power. And from the example of Jesus, we learn how to stand up for the truth, even as we lose popularity and suffer persecution for doing what is right.

Very often, people portray Jesus as the meek and mild teacher who taught His followers to love others as themselves, to avoid retaliation by turning the other cheek, to pursue peace, and to avoid judging others. While Jesus did indeed possess these qualities and teach these values, the picture is incomplete. These passages reveal that Jesus was more than the pale, languid figure often portrayed in art, on television, and in movies.

Many centuries before the earthly ministry of Jesus, the Jewish people were conquered by the Babylonians and carried off to Babylon as slaves. With their temple destroyed and their homeland colonized by other cultures, the Jews looked to the Law of Moses to sustain their national identity and to maintain their distinctiveness as God’s chosen people.

In order to help them apply the Law to everyday life in their new and unfamiliar home, teachers of the Hebrew Scriptures wrote very careful, specific instructions for the people to follow. However, what began as a practical aid for Jews became a sacred tradition that took on a life of its own.

The body of sacred traditions developed by “the elders” eventually supplanted the very Law it was intended to uphold. And by the time of Jesus, failure to observe tradition was regarded as disobedience to the Law of God. Furthermore, this man-made religiosity became the means by which many Pharisees maintained the illusion of moral superiority over others. Ironically, their religious zeal put them at odds with God. Not only were they motivated by a lust for power, their traditions often violated the very Law they supposedly cherished.

During the time of Jesus’s earthly ministry, worship in the Jerusalem temple had become big business for religious leaders. The chief priests refused to accept any currency except shekels minted in Israel. Money changers within the temple precincts gladly exchanged any currency for Jewish shekels at an inflated rate and then pocketed the difference. Furthermore, the Law of Moses stated that any animal offered to God had to be flawless; only the best would do. So the men running the temple would inspect the animals brought for sacrifice, ostensibly to verify that the offerings were worthy.

However, this was nothing more than a ruse. They arbitrarily rejected animals so that they could offer a suitable replacement in exchange for a fee. Ironically, the “suitable” animal offered for exchange had, only moments before, been the unsuitable sacrifice of another worshipper!

At the end of His ministry, Jesus publicly condemned the religious system in Jerusalem and exposed the moral bankruptcy of the men who ran it (Read Matthew 23:1–33). Jesus punctuated each count of His indictment with a “woe,” and then He addressed the scribes and Pharisees directly. In the original language, woe is an interjection that expresses the outrage or the sorrow of the speaker upon seeing the suffering of another.

While Jesus had a soft spot in His heart for people who had been trampled by the world’s system, He had little patience for those in religious leadership who neglected or abused others. They had direct access to the truth of God, yet they used their privileged position to hoard wealth and power. Make no mistake; they knew what they were doing. And when Jesus boldly exposed their rebellion, it put Him on a collision course with evil.

Obviously, not every encounter with wrongdoing should be met with such passion. Jesus encountered evil in many different forms, and He often responded with compassion for the sinner. Nevertheless, even when Jesus took a more gentle approach, He was always fearless and direct. God is not impressed by religious fervor or hollow adherence to rules. He wants people to do what is right because they are motivated by love for Him.

As we determine to take our own stand against evil, four principles emerge from the example of Jesus.

1. Remembering your mission helps you navigate through any storm. Stay focused
It’s not enough to know what’s wrong with a situation; we must also define what is right. Once we have determined the correct course of action, we must then keep our eyes focused on following it, even if others discourage or persecute us.

2. Encountering evil requires sword-like confrontation, not peacekeeping compromise. Stay alert
One early Christian writer likened God’s Word to a two-edged sword, “able to judge the thoughts and intentions of the heart” (Hebrews 4:12). In other words, God’s truth has a way of cutting to the heart of a matter. When a clear moral issue is at stake, people-pleasing compromise will tempt us to lay aside the sword of truth. However, we must remember to keep our sword pointed at the issue.

3. Being bold when there’s a principle worth fighting for is worth the risk, even if it offends and results in misunderstanding. Stay strong
Misunderstanding is the occupational hazard of leadership. Others will certainly misunderstand or even deliberately misconstrue your intentions, cutting to the heart of your (and every person’s) basic desire to be liked. Nevertheless, the moral stand you take will be ultimately worth the sacrifice.

4. Speaking up for what is right is no guarantee you’ll win or gain respect. Stay realistic
Jesus took a strong stand against the outrageous evil of the religious leaders in Jerusalem and a storm quickly gathered around Him. He understood the risk. In fact, He knew it would lead to His death. He said to the disciples on the eve of His arrest,

“If I hadn’t come and told [the religious leaders] all this in plain language, it wouldn’t be so bad. As it is, they have no excuse. Hate me, hate my Father—it’s all the same. If I hadn’t done what I have done among them, works no one has ever done, they wouldn’t be to blame. But they saw the God-signs and hated anyway, both me and my Father. Interesting—they have verified the truth of their own Scriptures where it is written, ‘They hated me for no good reason.’” (John 15:22–25 MSG)

Sometimes the evil we face is so firmly entrenched that we will not see its defeat in our lifetime. In fact, the fight may even require us to sacrifice everything, including our lives. But the Lord does not call us to be successful. He calls us to be faithful. Success or failure is ultimately His responsibility. Ours is to be sure we stand on the correct side of the issue.

When faced with taking a stand for what is right, our greatest temptation is to remain neutral, to forfeit moral leadership for sake of popularity. Certainly, we should choose our battles wisely and be sure of our motives before we take a stand. But we cannot allow the approval of others to outweigh faithfulness to God and the truth He loves so much. Like Jesus, we must stand up for the truth, even if we lose popularity and suffer persecution for doing what is right.