Forgive...and Sing the Song of the Soul Set Free 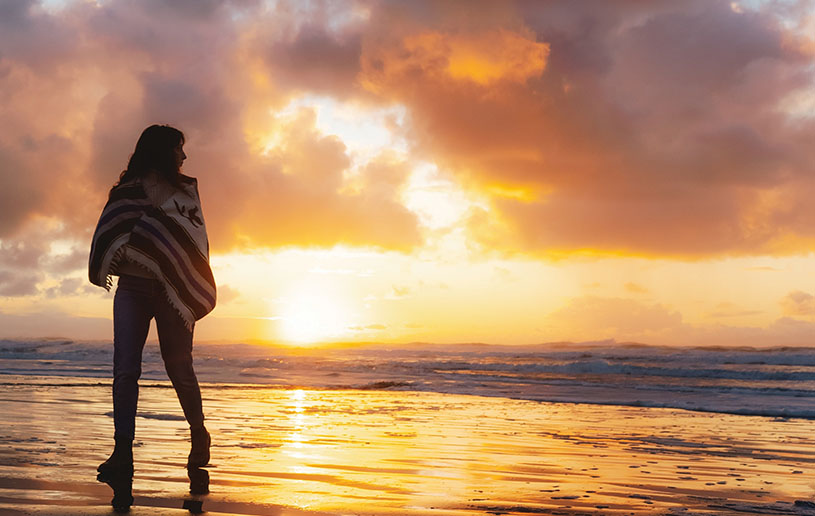 I haven’t been able to get the subject of forgiveness out of my mind.

Perhaps the reason is that there is so much unforgiveness in our world. Violence headlines our news with the same revengeful message: “You hurt me, so I will hurt you.”

Tragic, isn’t it? The cure to conflict is so obtainable. Yet people would rather hold a grudge than reconcile, “get even” than forgive.

It’s a problem that permeates every culture. One experience comes to mind. I was travelling in another country, riding in a car driven by a man from that country whom I’d known for years. As we rode along, I heard him mumble a prejudicial slur at an individual from a hated ethnic group. Taken aback, I asked frankly, “What is it going to take for you to forgive these people?”

He looked at me with an angry frown and said, “We don’t even have a word in our vocabulary for forgiveness.”

What place does forgiveness have in your world? What about unforgiveness? Is there someone you need to forgive...or ask forgiveness from? Whether you’re the offended or the offender, the cure is the same.

Jesus prescribed forgiveness as a prerequisite for worship. Remember when He instructed the people to leave their sacrifices and go and be reconciled to anyone who had something against them (Matthew 5:23–24)? Jesus saw the need to be forgiven as a problem big enough to interrupt one’s worship!

Jesus also taught the other side of the coin. He warned of the consequences of unforgiveness through a story about a king who forgave his servant who owed him “millions of dollars” ...but then, incredibly, the forgiven man refused to forgive another’s debt of less than $20 (Matthew 18:24).

Jesus’ story contrasts God’s forgiveness of us versus our forgiveness of others. His point? It’s hypocritical to draw from the riches of God’s vast account of grace while pinching pennies toward others. Don’t do it!

The consequence of such duplicity? The one who refuses to forgive will be handed “over to the torturers” (Matthew 18:34 NASB). Think about that. You will be turned over to torturous thoughts and the misery of agonizing unrest.

If a grudge has a hold on you, you know what I’m talking about—that constant, churning feeling. Even when you’re on vacation, the image of your offender haunts you. You can hardly hear the crashing of the waves on the shore because you can’t silence the sound of that person’s voice in your head.

It’s time to stop dragging this anchor. Release the past! Forgiving will free you from the torturers...and set your heart to singing! Really, it will. Scripture proves it!

We hear voices throughout the Bible singing the freedom song. Remember Joseph? His brothers sold him into slavery, where he was falsely accused and left, forgotten in prison. If anybody ever had a reason to keep a record of wrongs, Joseph did! But God helped him erase those offenses. Joseph commemorated that freedom with his first child.

Joseph named his older son Manasseh [which means forget], for he said, “God has made me forget all my troubles” (Genesis 41:51).

Joseph must have smiled every time he called Manasseh’s name.

Isaiah’s hopeful prediction is another voice of freedom:

You will no longer remember the shame of your youth
and the sorrows of widowhood.
For your Creator will be your husband. (Isaiah 54:4–5)

Do you want to mentally erase your shame and sorrow? Bring your pain to the foot of the cross and be healed at the deepest level. Nowhere else is this kind of healing available. At the cross, Jesus joins us in our suffering. His tears mingle with ours. We feel His mistreatment, betrayal, rejection, and beatings...and He feels ours. Out of this healing connection with Jesus, forgiveness is born. He forgives us and sets us free to forgive others. Forgiven and free, our souls sing!

Is there an offense you can’t forget? Write down that hurt, bring that paper to the cross, and etch FORGIVEN across it. Ask your Lord to fill the holes in your heart and help you “press on” (Philippians 3:13–14).

Do you need to be reconciled with someone? Log your offenses. Bring the paper with you to the person, confess, and humbly ask for forgiveness.

It sounds too simple to be true, but forgiveness is that powerful. It’s not easy, but it is wonderfully true.

Forgive...and sing the song of the soul set free!