Fighting with The Spirit’s Sword 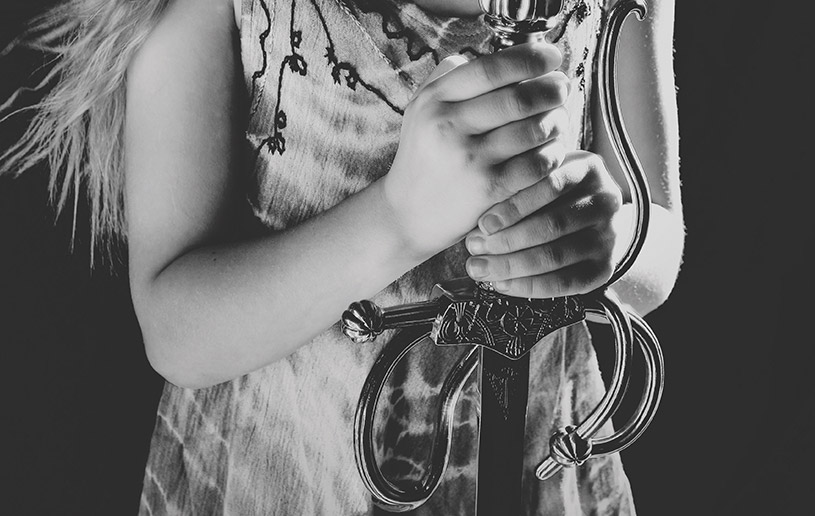 “Put on salvation as your helmet, and take the sword of the Spirit, which is the word of God.” (Ephesians 6:17)

In recent decades, opposition to Christian views and values have come from more sources and become increasingly accepted. Differing non-Christian ideologies dressed up as truth are more prevalent in our society now than ever. The result is a clash with biblical truth to which Christians have responded in a variety of ways.

One approach is that of isolation from the battle. These folks say, in effect, “the world is going to hell anyway. It is prophesied in Scripture. There is no point fighting it. Hope the rapture is soon. Hang in there as best you can till then.”

A second approach is trying to be neutral in the battle. These folks don’t withdraw from the conflict of ideas, but they don’t get involved either. Some in this group are wilfully unaware of the clash with divergent views. Others, though aware, simply choose not to engage in the fray. They’re “just trying to get along.”

The final approach taken is that of engagement in the battle. These Christians pattern themselves after Elijah who confronted the prophets of Baal at Mount Carmel (1 Kings 18). They engage like Paul when he confronted the secular humanists of his day, the Stoics and Epicureans, on Mars Hill (Acts 17). He understood their views and was able to demonstrate their weaknesses (2 Corinthians 10:5). Things have not changed much since then. There are those who seek to destroy the knowledge of God, and there are those believers who fight to withstand them.

I wish all I had to do is urge us all to be more engaged in this battle. But there is an issue, which threatens us with our own undoing and is more critical than the opposing ideologies. It is the issue of the biblical illiteracy of Christians today. Not only are too many believers ignorant of the belief systems opposing them, many do not even know their own belief system! How can we confront error if we don’t know the Truth?

Gary M. Burge, professor of New Testament at Wheaton College, writes about this lack of biblical knowledge as seen in the first-year students entering Wheaton.

When asked to complete a test in which a series of biblical events must be placed in order, our students returned surprising results. One-third of the freshmen could not put the following in order: Abraham, the Old Testament prophets, the death of Christ, and Pentecost. Half could not sequence: Moses in Egypt, Isaac’s birth, Saul’s death, and Judah’s exile. One-third could not identify Matthew as an apostle from a list of New Testament names. When asked to locate the biblical book supplying a given story, one-third could not find Paul’s travels in Acts, half did not know that the Christmas story was in Matthew or that the Passover story was in Exodus....1

Some Christians say that a working knowledge of the Bible does not matter. The Christian faith, they argue, is a matter of faith and the Spirit—not reason or theology. The facts of the Bible are the stuff of academic exercises, reserved for leaders of the church.

But it does matter. The Bible is the Word of God, the sword of the Spirit, the source of the Truth by which we attack lies and error and “…demolish arguments and every pretension that sets itself up against the knowledge of God…” (2 Corinthians 10:5 NIV).

By disregarding the Bible we surrender the chief authority for our faith. The solid footing upon which we evaluate our or another’s experience turns to the quicksand of relativism. And the chief weapon of our warfare is lost.

How do we respond to this situation? Not with despair, but with resolve. First, resolving to constantly remember that we are in a battle for Truth and for the souls, and minds of people. In coming to Christ we were not called to be isolated or neutral. We were enlisted in the conflict. We were given the Bible as our main weapon and being ignorant of it is as foolish as going to war unarmed.

Second, resolving to personally “…make every effort to add to your faith goodness; and to goodness, knowledge” (2 Peter 1:5). Turn off the tube more often and instead make time to read, study, and learn what your Bible says.

Finally, by resolving again not only to learn, but to live, the Truth. Yes, God’s Word is our weapon, but its truth must permeate our own lives too. The greatest argument for, and against, the Truth of Christ is the way we, His followers, live.

We are given the Sword of the Spirit to wield in the battle for Truth. How’s your swordsmanship?