Experiencing the Book, the Land, and the Lord | Insight for Living Canada
Skip to main content

Experiencing the Book, the Land, and the Lord 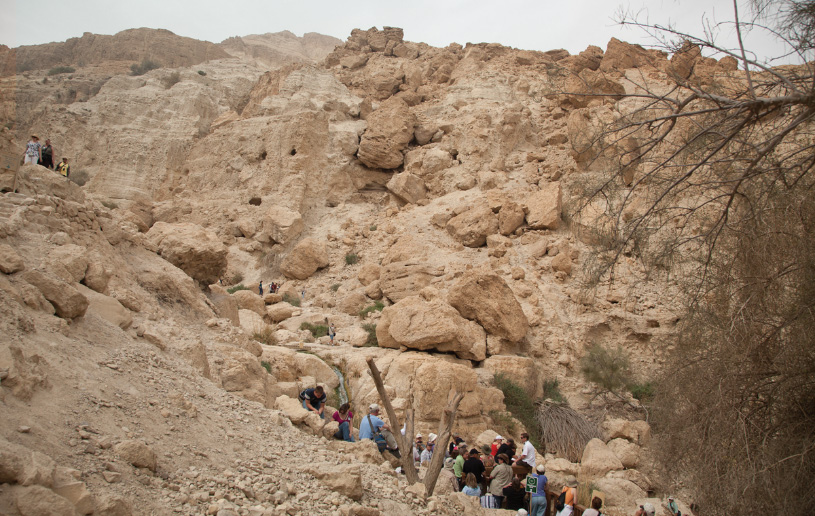 It was the final night of the Insight for Living Israel tour with Chuck Swindoll. I had journeyed many miles, examined countless ruins, and taken in much information. My head and heart were full.

I turned to one of the 40 other Canadians travelling on my bus and asked, “So what did you think about the tour? Was it what you expected?” He thought for a moment and replied, “We didn't come on this tour to see piles of stones, we came to have an experience…and this has exceeded our expectations!”

He summed it up well. A tour of the Holy Land is not just about what you see, it’s also about experiencing God and His Word in a whole new way. As I reflect on my own experience in Israel I note three things that occurred for me.

First, my understanding of God's Word was deepened.

One problem I’ve encountered when reading the Bible is trying to imagine the actual settings. After all, we are talking about events from thousands of years ago, on another continent, in a different type of civilization. Having grown up in Sunday school it is hard not to be stuck with a Sunday school imagination fuelled by Sunday school images.

Being there helped me ground the stories in their geographical reality. Standing on historical sites like the Jordan River where Jesus was baptized, sitting on the eastern steps of Jerusalem where Jesus walked, or sailing on the Sea of Galilee where Jesus taught put me there as a participant instead of a spectator.

My understanding of the Word was deepened as I learned to appreciate the imagery of the Bible. Travelling throughout Israel I gained a whole new appreciation for how important water is to the people. References to water and rain take on more significance and I realized how meaningful it was when Jesus declared, “Anyone who is thirsty may come to me!” (John 7:37).

Second, my trust in the Lord Himself was increased.

Viewing recently excavated archaeological sites of Biblical places whose existence was once questioned by scholars helped verify that my trust in the Lord and His Word is well placed.

For example, scholars denied the existence of King David until the ancient city of Dan was excavated in 1994 and an inscription in stone with the phrases, “House of David” and “King of Israel” was found.

Visiting the excavation of Jericho reveals a once well-fortified city was levelled and burned but not plundered just as the biblical account in Joshua 2–6 says.

And consider the discovery of the Dead Sea Scrolls in 1947. The Isaiah scroll, dated at 250 BC, is virtually identical to the book of Isaiah, which Jesus referred to and is in our Bibles today.

The fact that God preserved His Word so well encourages me in my trust of Him and the accuracy of His Word. Having teachers explain God's Word while touching the stones where the ancients walked reinforced the truth of the Bible and the trustworthiness of Him who gave it to us.

Third, I identify a little more with believers of the past.

Israel is the birthplace of God’s people. That in itself makes it unique among all countries of the world. And so there is, as one travelling companion said to me, a sense in which we as Christians are coming home. It’s where it all started.

For thousands of years, believers have visited, lived, worshipped, and died in Israel. Now I have been where they had been, saw what they saw, and perhaps even felt what they felt. We are connected in our humanness in a way that goes beyond age, nationality, culture, or continent. Whether it is the Israelites of David’s day, the Christians of Jesus’ day, or pilgrims from Canada in our day, we share a common humanity.

At the same time, I feel a kinship with them in our common faith. It is a connection that transcends time because it is anchored in the One who is eternal. Taking in the landmarks of their faith and devotion left behind—the buildings and monuments—I feel oneness with the great cloud of witnesses who have gone before me.