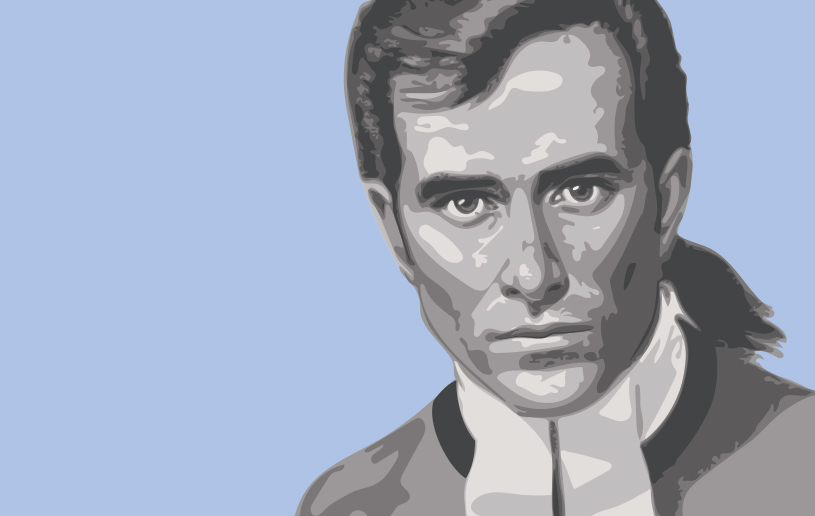 As we wait upon the Lord through many trials let us continue to find encouragement by looking to those who have overcome great obstacles in obedience to God’s call through the power of His grace. One man who demonstrated such faithful perseverance is David Brainerd.

David Brainerd was born on April 20, 1718, in Haddam, Connecticut. He became a believer at the age of 21 and attended Yale to prepare for a life of pastoral ministry. Sadly, due to disputes among professors and students arising from The Great Awakening, he was expelled when he voiced that his tutor had “no more grace than a chair.”1

Soon after, he was sent as a missionary deep into the wilderness to share the Gospel. He faced many challenges in ministry and often found himself discouraged while being socially isolated from other believers. He lamented, “I have no fellow Christian to whom I might unbosom myself and lay open my spiritual sorrows, and with whom I might take sweet counsel in conversation about heavenly things, and join in social prayer.”

Brainerd also battled recurring sickness and depression on the mission field yet, he endured the hardship and persevered. As he battled his ailments, he became more and more dependent on God and would spend whole days in prayer. In his diary he reflected, “Blessed be God, I had much freedom five or six times in the day, in prayer and praise, and felt a weighty concern upon my spirit for the salvation of those precious souls and the enlargement of the Redeemer’s kingdom among them.”

Brainerd’s life is a powerful testimony that God uses us even when we are weak, sick, discouraged, and lonely. Despite all his struggles, he never gave up his faith or his calling. Brainerd’s life was short, he died in the home of Jonathan Edwards at the age of 29 from tuberculosis. His faithful example made an immeasurable impact on the world for Christ inspiring many others to fight the good fight and finish strong.

Let us thank God for the faithful example of David Brainerd and pray that He would grant us a persevering grace as we pursue the mission of Insight for Living Ministries.

“Consider it pure joy, my brothers and sisters, whenever you face trials of many kinds, because you know that the testing of your faith produces perseverance. Let perseverance finish its work so that you may be mature and complete, not lacking anything.” (James 1:2-4 NIV)