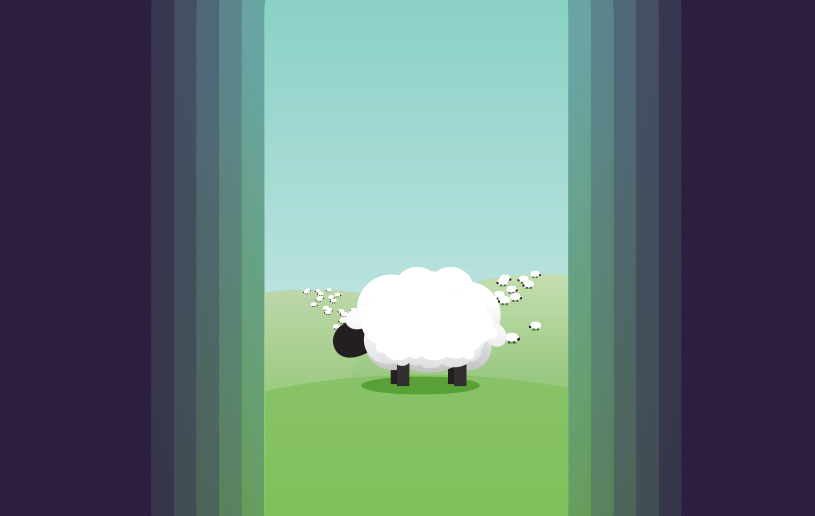 Obscurity is the state or condition of being unknown, inconspicuous, or unnoticed, not having prominence or fame.

It seems to be a method of operating that God chooses nobodies—people of no account living in obscurity. “God chose things despised by the world, things counted as nothing at all, and used them to bring to nothing what the world considers important” (1 Corinthians 1:28).

Noah, Moses, Joseph, Gideon, Amos, John the Baptist, Mary, and Joseph are some who come to my mind. And then there is David. He’s noteworthy for learning lessons in greatness first in smallness and obscurity. His renown began in being unknown.

David’s obscurity is first highlighted when Samuel went to Bethlehem to crown the next king. David was out tending the flock (1 Samuel 16:11). He was an unnoticed nobody. Even his own father didn’t invite him to the meeting of his sons with Samuel. But while the country of Israel was watching Saul front and centre in Jerusalem God was watching David tucked away in the hills of Judea.

“The Lord doesn’t see things the way you see them. People judge by outward appearance, but the Lord looks at the heart” (1 Samuel 16:7). God saw David’s heart that was cultivated in obscurity. His character and skills were developed when no one was looking. Living away from the externally-focused limelight allows for attention to be given to developing character and skills.

Faithfulness in the little things when no one’s looking.

This is one of the major character qualities God looks for and is a qualifier for doing bigger things. David obeyed his father and looked after the sheep as he was supposed to. He developed faithfulness because he stayed with the task through the years.

Even after David was anointed as the next king he didn’t go to the palace. He went back to the sheep and goats. Then Saul called on David to play music for him and elevated him to being his armour bearer. But because of Jesse’s advancing age, “David went back and forth so he could help his father with the sheep in Bethlehem” (1 Samuel 17:15). He stayed with the sheep because his father needed him to. He didn’t skip out and stay at the palace all the time. David sought to be faithful in his shepherding.

Then there is this interesting statement David makes when he volunteered to kill Goliath. It is packed with significant lessons learned in his time alone in obscurity and qualifying him to fight.

“But David persisted. ‘I have been taking care of my father’s sheep and goats,’ he said. ‘When a lion or a bear comes to steal a lamb from the flock, I go after it with a club and rescue the lamb from its mouth. If the animal turns on me, I catch it by the jaw and club it to death.  I have done this to both lions and bears, and I’ll do it to this pagan Philistine, too, for he has defied the armies of the living God! The Lord who rescued me from the claws of the lion and the bear will rescue me from this Philistine!’” (1 Samuel 17:34–37)

Dependence on and confidence in the Lord.

David knew the Lord was with him and rescued him in these fights with predators. He cultivated courage to attack enemies.

David gave God the credit for helping him kill the predators. So it was in the Lord’s name he came after Goliath.

David didn’t run from the danger or difficulty. He went after the problem and dealt with it.

David also learned skills that contributed to and enhanced his leadership.

David’s obscurity ended when his fame for killing Goliath spread. While on the run from Saul he continued to develop character and skills that would help him later as a leader and king. But all those were built on foundational lessons learned in obscurity.

May that also be true of leaders today.