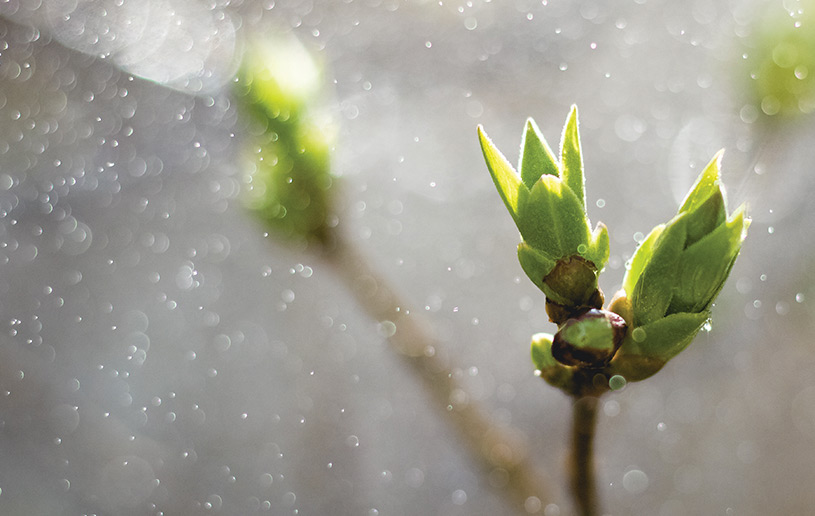 Terms in the Bible are specialized words of particular significance. In Coming to Terms we explore the significance of these terms to deepen our understanding of biblical truth through a question and answer format.

Unlike the regular dictionary meaning of “restoration,” which is to return something back to its original condition, the term in Scripture, at times, has the greater connotation of receiving back more than has been lost so that the final state is greater than the original condition.

Restoration takes many forms in the Bible, all of which can only be fully understood in the context of humanity’s fall into sin and sin’s presence in the world. Man’s disobedience then (and since then) results in a destructive fallout on multiple levels. When Adam sinned, he broke or distorted every relationship—to God, himself, others, and to creation.

What does God plan to do about what man ruined? God’s plan is restoration. The centrepiece of God’s restoration plan and promises is Jesus Christ. And the Bible is the story of the outworking of that plan and those promises in history.

When did God begin to work toward restoration? As soon as man sinned, God began the restoration process by pledging to destroy Satan and sin. “And I will cause hostility between you and the woman, and between your offspring and her offspring. He will strike your head, and you will strike his heel” (Genesis 3:15).

Based on that verse, what was the initial promise in God’s plan of restoration? God promised the offspring of the woman would be the one who would crush the serpent and, by implication, sin.

Humanity’s harmonious fellowship with God was broken when Adam sinned, resulting in hostility and fear toward God and hiding from Him. What did God do to restore their relationship? He provided atonement by sacrificing animals and giving their skins to cover the couple. Then they could fellowship with God unafraid and unashamed again. In this, God foreshadowed atonement through shed blood as part of His restoration plan.

God gave man dominion over creation but Adam relinquished it because of sin. How will that be restored? It is restored in Jesus Christ, the second Adam, who has been given all authority in heaven and on earth. Jesus is Lord and reigns over heaven and earth, and one day we will reign with Him (2 Timothy 2:12).

How was the creation affected by humanity’s sin? Creation was subjected to a curse by God under which it would experience death and decay (Genesis 3:17-19; Romans 8:20).

What is God’s plan regarding creation? God’s plan is to restore and recycle creation. “...On that day, he will set the heavens on fire, and the elements will melt away in the flames. But we are looking forward to the new heavens and new earth he has promised, a world filled with God’s righteousness” (2 Peter 3:12-13).

God made humanity in His image. But sin marred that too. Sin pervades every aspect of man’s being—mind, will, and emotions. Its pervasive presence is manifest in his posterity to this day.

How has God planned to restore the image of God in man, marred by sin? The image of God is restored by a new spiritual birth and through transforming individuals into the image of Christ (1 Corinthians 15:49). The Son took on human flesh and is thus the very image of God. By faith, and through God bringing us into union with Christ, we as Christians are being conformed to His image, thus fulfilling the original design of God’s creation.

This conforming to Christ's image takes place in our lifetime. Right now, we are in the already-but-not-yet period when redemption has come in Christ but is not complete. Through the power of God’s indwelling Spirit, we participate in God’s restoration of all things by gradually becoming more and more like Jesus. It is our responsibility to co-operate with the Spirit and put off those things that belong to the old creation (Ephesians 4:25; Colossians 2:11).

When will complete restoration all things occur? Complete restoration of all things, including God's image in us, must wait until Christ’s promised return. “Dear friends, we are already God’s children, but he has not yet shown us what we will be like when Christ appears. But we do know that we will be like him, for we will see him as he really is” (1 John 3:2). At that time God will give us bodies that will “be like the heavenly man” Jesus (1 Corinthians 15:49).

And so, dear friends, while you are waiting for these things to happen, make every effort to be found living peaceful lives that are pure and blameless in his sight. (2 Peter 3:14)

Subscribe to our monthly magazine
Date:
December 7, 2018
Type:
Topic:
Back to Top