Are Men Superior to Women? | Insight for Living Canada
Skip to main content

Are Men Superior to Women? 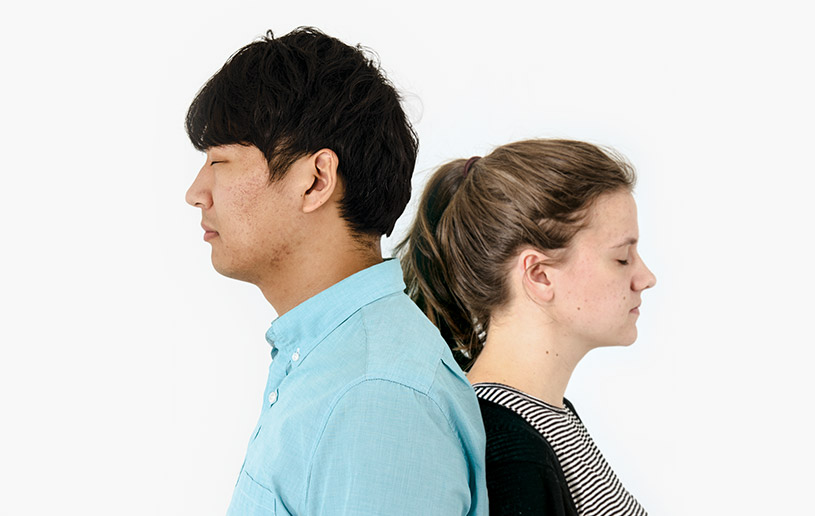 It was one of those lessons from my college days I will never forget. Like many of the significant things learned in life, it didn’t take place in a classroom.

I worked on a committee comprised of both men and women. Because the job cut into study time, above-average abilities were a prerequisite. I say this to emphasize the fact that these people, especially the women, were highly intelligent and competent.

One night after the work had finished, we were eating our late night breakfast. The usual jokes, laughter, and banter filled the air. But there was also an air of superiority—on the part of us men. Everything seemed fine to the guys and me but the women had had enough. They called us to task for our put-downs and belittling attitudes and comments toward them.

It landed like a slap across the face, but they were right. It was a wake-up call. We were guilty of holding demeaning attitudes toward women in general and these sisters in the Lord in particular. Consciously or not, we men conveyed we were superior to these women and they challenged us on it.

Since that experience 40 years ago, our culture, with respect to the roles of women in the workplace and church, has changed. But have the attitudes changed too? Are unbiblical attitudes and stereotypes that men are superior still prevalent among Christians today?

Some believe that the Bible teaches the superiority of men because of verses referring to women being in submission. I’m well aware of these passages but the question of the place of women regarding submission or leadership is not the issue here or in those passages. The issue is improper attitudes, regardless of the position a woman holds.

Whether women are at the highest or lowest levels in ministry does not necessarily change wrong or disrespectful attitudes toward them. And this is not just a male issue. Christian women are just as guilty of this. Many women have distorted views of their worth and dignity in Christ. They have bought into the cultural lie that men are somehow superior to women.

Jesus’ attitude toward women differed from the prevailing culture of His day, which placed women on the lowest rung of society. He didn’t view or treat women as inferior. How could He since He made them, male and female, in His image (Genesis 1:27)?

Throughout His earthly ministry Jesus affirms women’s worth as evidenced by the fact that women were always around and participating. On numerous occasions Jesus ministers directly and individually to them in sincerely respectful and gentle ways. His attitude was that women are persons to reach and serve. They are individuals with worth and dignity.

In the providence of God, women were the first to view the empty tomb after Jesus’ resurrection and entrusted by the risen Christ as the first to carry the glorious message to the disciples.

Jesus brings men and women to salvation and we are equally joint heirs together. “There is neither Jew nor Greek, there is neither slave nor free man, there is neither male nor female; for you are all one in Christ Jesus. And if you belong to Christ, then you are Abraham’s descendants, heirs according to promise” (Galatians 3:28-29). In heaven, Jesus told us, there will be no marriage, nor being given in marriage (Matthew 22:30). That means gender distinctions will be non-existent or irrelevant.

Finally, Paul exhorts us, based on the example of Christ, in a way that applies to our attitude toward women: “Have this attitude in yourselves which was also in Christ Jesus…” (Philippians 2:5).

If we claim that Jesus is our Lord and Master, His claims trump all others. It doesn’t matter what our culture, church denomination, upbringing, or tradition is. Just as Jesus’ attitude was counter-cultural in His day, we, His followers are to have counter-cultural attitudes in ours.

Christian men need to learn to see past the female exterior and, like Christ, look on the heart. We need to view women with dignity and respect. And conversely, Christian women need to view themselves through God’s eyes, not through the eyes of today’s culture. Men and women are different but neither is better than the other.

In retrospect I’m glad my female friends called me on my attitudes. It was a necessary rebuke and drew my attention to an outlook that dishonoured Christ.