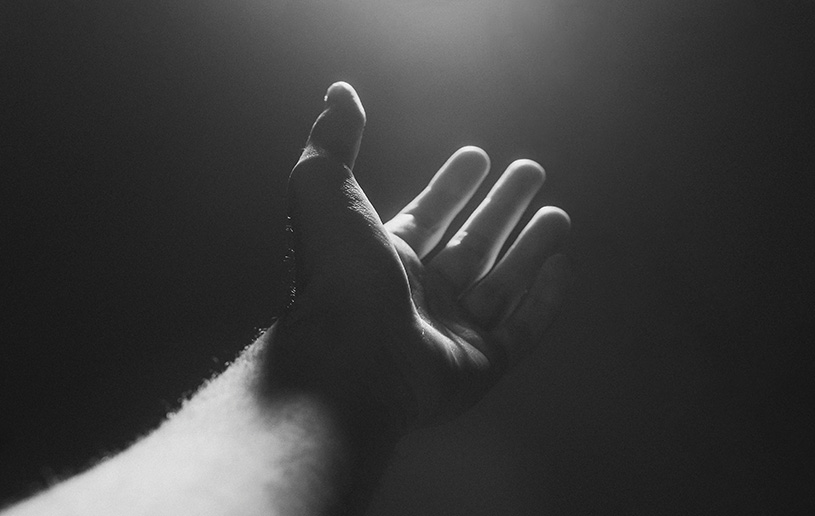 The word grace means many things to many people. We refer to a ballet dancer as having grace. We say grace at meals. We talk about the queen of England bringing grace to events she attends. Grace can mean co-ordination of movement, it can mean a prayer, it can refer to dignity and elegance. Most important, grace can mean unmerited favour—extending special favour to someone who doesn’t deserve it, who hasn’t earned it, and who can never repay it. Every once in a while we come across a scene in Scripture where we see a beautiful illustration of that kind of grace, and we stand amazed at such amazing grace.

We find one of those moments in the life of King David. It is, in my personal opinion, the greatest illustration of grace in all the Old Testament. It involves an obscure man with an almost unpronounceable name. Mephibosheth. It’s a beautiful, unforgettable story.

Before his reign as king over Israel began, David made a promise to his predecessor. David vowed that he would not destroy Saul’s descendants once he came to power (1 Samuel 24:20–22). When David consolidated his power and a time of peace came to the land, one of his first acts was to inquire about Saul’s descendants. Normally, ancient kings sought out descendants from the previous regime to kill them and prevent that family’s return to power. However, David made it clear that he sought a descendant of Saul so that he might show him kindness (2 Samuel 9:1).

One of Saul’s former servants answered the call and informed King David about a single son of Jonathan, who was “crippled in both feet.” David’s response was beautiful. He moved right on and said, “Where is he?” He didn’t ask, “How badly is he crippled?” He didn’t even ask how he happened to be in that condition. He just said, “Where’s the man located?”

That’s the way grace is. Grace isn’t picky. Grace doesn’t look for things that have been done that deserve love. Grace operates apart from the response or the ability of the individual. Grace is one-sided. Grace is God giving Himself in full acceptance to someone who does not deserve it and can never earn it and will never be able to repay. And this is what makes the story of David and Mephibosheth so memorable. A strong and famous king stoops down and reaches out to one who represents everything David was not!

Not surprisingly, Mephibosheth had been in hiding. He feared that David would be like all other kings, seeking and killing the descendants of the former regime. The last thing Mephibosheth wanted to see was an emissary from the king rapping on his door. But that was exactly what happened.

Can you imagine the man’s shock? After answering the knock at the door, Mephibosheth looked into the faces of David’s soldiers, who said to him, “The king wants to see you.” He most likely thought, Well, this is the end.

But it wasn’t; it was a whole new beginning! Taken before the king in Jerusalem, this frightened man threw aside his crutches and fell down before the king who had sovereign rights over his life. Mephibosheth had no idea what to expect. Surely, he expected the worst.

David said to him, “Do not fear, for I will surely show kindness [grace] to you for the sake of your father Jonathan, and will restore to you all the land of your grandfather Saul; and you shall eat at my table regularly.” (2 Samuel 9:7 NASB1995)

Can you imagine what Mephibosheth must have felt at that moment? Expecting a sword to strike his neck, he heard these unbelievable words from King David. Words of grace.

Dr. Karl Menninger tells the story of Thomas Jefferson, riding horseback cross-country when he and his group came to a swollen river. A wayfarer waited until several of the party had crossed and then hailed President Jefferson and asked if he would carry him across on his horse. Jefferson pulled him up onto the back of his horse and carried him to the opposite bank. “Tell me,” asked one of the men, “why did you select the president to ask this favor of?” “The president?” the man answered. “I didn’t know he was the president. All I know is that on some of the faces is written the answer ‘no’ and on some faces is written the answer ‘yes.’ His was a ‘yes’ face."1

People who truly understand grace have a “yes” face. I want to suggest that when Mephibosheth looked up, he saw a “yes” written across King David’s face. (Don’t you wish you could have been there at that magnificent moment?) From that time on, the crippled young man was treated as one of the king’s sons. King David restored to him all the land that had belonged to his grandfather Saul, along with Saul’s servant Ziba and all his household––15 sons and 20 servants. He was viewed by all with respect, and he enjoyed eating regularly with the family at King David’s table, all because of grace. They talked together and laughed together and ate delicious meals together because he was a member of the family...and the tablecloth covered his crippled feet.

Moments like that remind us that God will look at His children and say with that “yes” face, “You’re in My family. You’re as important to Me as all my other sons and daughters.” It will take eternity for us to adequately express what this truth means to us—that He chose us in our sinful and rebellious condition and in grace took us from a barren place and gave us a place at His table. And, in love, allowed His tablecloth of grace to cover our sin.

Grace. It really is amazing!