After the Avalanche | Insight for Living Canada
Skip to main content 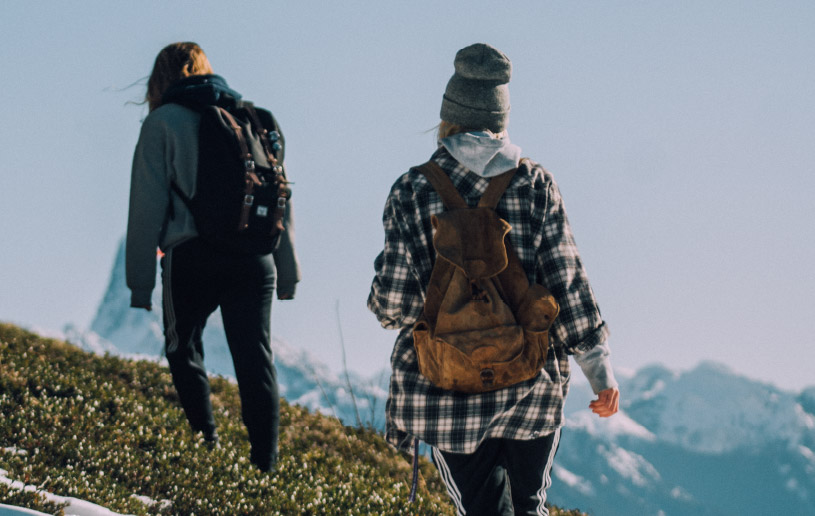 Job could write about wounds. His words were more than patronizing platitudes and armchair proverbs. He’d been there and back again. He could describe intense inner suffering in the first person because of his own sea of pain.

Step into the time tunnel with me and let’s travel together back to Uz (not like the wizard of ___, but like the land of __). This place called Uz had a citizen who had the respect of everyone, because he was blameless, upright, God-fearing, and clean-living. He had 10 children, fields of livestock, an abundance of land, a houseful of servants, and a substantial stack of cash. No one would deny that the man called Job was “the greatest of all the men of the east” (Job 1:3 NASB). He had earned that title through years of hard work and honest dealings with others. His very name was a synonym for integrity and godliness.

Then, without announcement, adversity thundered upon him like an avalanche of great, jagged rocks. He lost his livestock, crops, land, servants, and—can you believe it?—all 10 children. Soon thereafter he lost his health, his last human hope of earning a living. I plead with you to stop reading, close your eyes for 60 seconds, and identify with that good man—crushed beneath the weight of adversity.

The book that bears his name records an entry he made into his journal soon after the rocks stopped falling and the dust began to settle. With a quivering hand, the man from Uz wrote:

“Naked I came from my mother’s womb,
And naked I shall return there.
The Lord gave and the Lord has taken away.
Blessed be the name of the Lord.” (Job 1:21)

Right about now, I’m shaking my head. How could anyone handle such a series of grief-laden ordeals so calmly? Think of the aftermath: bankruptcy, pain, 10 fresh graves...the loneliness of those empty rooms. Yet we read that he worshipped God, he did not sin, nor did he blame his Maker.

Well, why didn’t he? How could he ward off the bitterness or ignore thoughts of suicide? At the risk of oversimplifying the situation, I suggest three basic answers:

First, Job claimed God’s loving sovereignty. He sincerely believed that the Lord who gave had every right to take away (Job 1:21). Stated in his own words:

“Shall we indeed accept good from God and not accept adversity?” (Job 2:10)

He looked up, claiming his Lord’s right to rule over his life. Who is the fool that says God has no right to add sand to our clay or marks to our vessel or fire to His workmanship? Who dares lift his clay fist heavenward and question the Potter’s plan? Not Job! To him, God’s sovereignty was laced with His love.

Second, he counted on the promise of resurrection. Do you remember Job’s immortal words?

He looked ahead, counting on his Lord’s promise to make all things bright and beautiful in the life beyond. He knew that at that time, all pain, death, sorrow, tears, and adversity would be removed. Knowing that “hope does not disappoint” (Romans 5:5), he endured today by envisioning tomorrow.

Third, he confessed his own lack of understanding. What a relief this brings! Job didn’t feel obligated to explain the “whys” of his situation. Listen to his admission of this fact:

“I know that You can do all things,
And that no purpose of Yours can be thwarted....
Therefore I have declared that which I did not understand,
Things too wonderful [too deep] for me, which I did not know....
I will ask You, and You instruct me.” (Job 42:2-4)

He looked within, confessing his inability to put it all together. Resting his case with the righteous Judge, Job did not feel compelled to answer all the questions or unravel all the burning riddles. God would judge. The Judge would be right.

Could it be that you are beginning to feel the nick of falling rocks? Maybe the avalanche has already fallen...maybe not. Adversity may seem 10,000 miles away...as remote as the land of Uz. That’s the way Job felt just a few minutes before the landslide.

Review these thoughts as you turn out the lights tonight, my friend, just in case. Consider Job’s method for picking up the pieces.

Cloudless days are fine, but remember: some pottery gets pretty fragile setting in the sun day after day after day.