Will the Real Antichrist Please Stand Up? | Insight for Living Canada
Skip to main content

Will the Real Antichrist Please Stand Up? 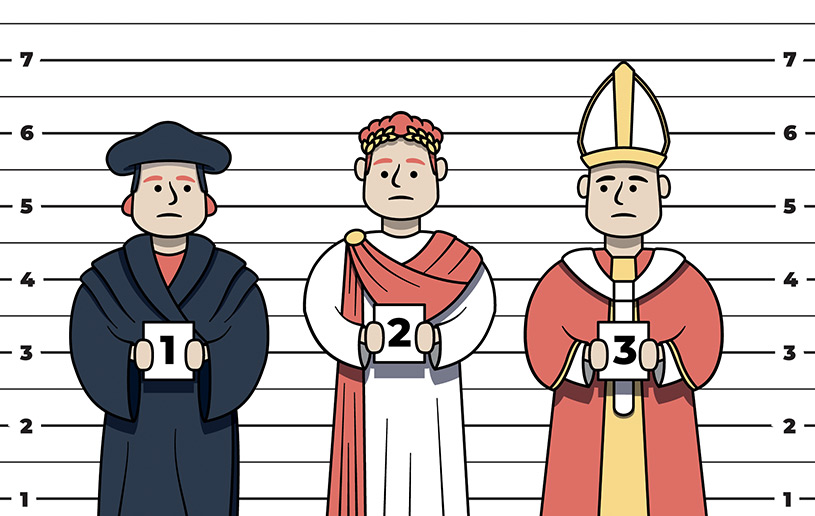 The exotic—even bizarre—symbols used to describe the Beast in Revelation 13 are not just frightening features conjured up to illustrate the monstrous character of the Antichrist. The vision of the Beast is drawn from specific images in the book of Daniel in order to communicate the reality of this end-times dictator.

In Daniel 7, Daniel had a vision of a series of four beasts rising from the sea—the first like a lion, the second like a bear, the third like a four-headed leopard, and the fourth “dreadful and terrifying and extremely strong” with ten horns (Daniel 7:3–8 NASB). J. Dwight Pentecost rightly interprets these four beasts of Daniel for us as the successive ancient empires who opposed Israel: Babylon, Medo-Persia, Greece, and Rome.1 If we add up the number of heads and horns on the four beasts in Daniel 7, they equal the seven heads and 10 horns of the Beast in Revelation 13.

John Walvoord explains the symbolism of the Beast: “In Revelation 13:2 the beast was seen to gather in the symbolism of the three preceding empires—Greece (a leopard, cf. Daniel 7:6), Medo-Persia (a bear, cf. Daniel 7:5), and Babylon (a lion, cf. Daniel 7:4).”2 This symbolism suggests that the Antichrist of the future tribulation will embody the sum total of all the world empires that oppose God and His people. He will be directly empowered by Satan himself, acting as the ultimate dictator and leading the ultimate evil empire.

But who is this beast, the Antichrist? Throughout history people have tried to identify the man behind the mark: tagging an individual as the Beast or False Prophet of Revelation 13. One commentator aptly notes, “The number of the beast down through the centuries has been linked with literally hundreds of different possibilities.”3 In Latin, Greek, and Hebrew, letters stand for numbers, so anyone with a calculator and some creativity can paste the “666” label on a number of prominent personalities. The following men have been seriously proposed as being the villain of the end times:

As it turns out, none of these men completely fulfilled the job description of Revelation 13. The truth is, we cannot know who the Antichrist will be until he is already in—and out of—control (2 Thessalonians 2:6–8).