When Faith is Dangerous 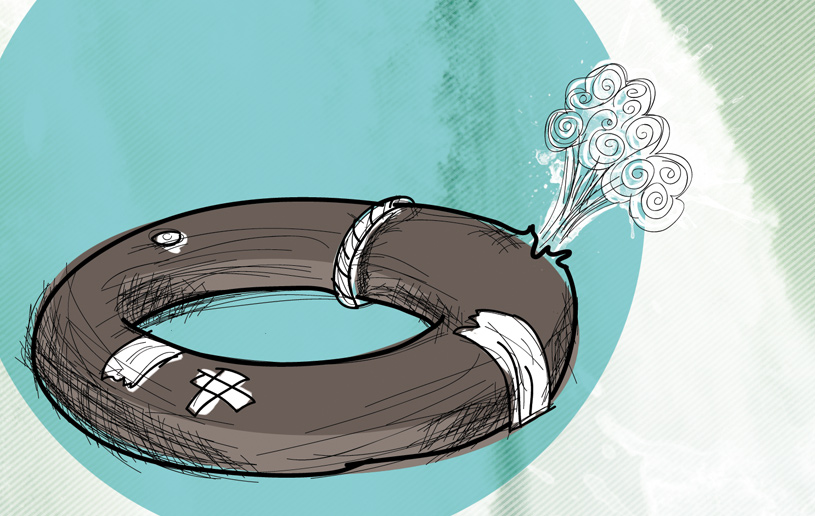 In Judges 10 and 11 we find one of the most shocking stories in all of Scripture. It is the account of Jephthah. Although often overlooked, it has an important message for us today.

Jephthah is a Judge in Israel at a time when Israel turns their backs on the Lord yet again and serves the gods of the nations around them with immorality and human sacrifice. God's Word and obedience to Him is ignored for many years. For that God judges them and punishes them with oppression by these same nations. The result is they turn back to God and God raises up Jephthah.

He is the result of a one-night stand between his father, Gilead, and a prostitute. As such he grows up under the scorn of his family. Finally his own brothers run him off. When forced out by his family Jephthah forms a gang and, because he is a great warrior, is approached by the elders to lead a campaign against their oppressors the Ammonites. On behalf of Israel as a whole and in reliance on the might of God the Judge, Jephthah challenges the Ammonites. But he makes a vow—should he be victorious, he will sacrifice to God whatever comes out of his house to meet him when he returns (Judges 11:31).

The victorious Jephthah is met on his return by his daughter, his only child. Jephthah tears his clothes and cries, “Alas, my daughter! You have brought me very low!” but is bound by his vow: “I have given my word to the LORD, and I cannot take it back” (Judges 11:35 NASB). The girl asks for two months' grace, “…that I may go to the mountains and weep because of my virginity” (Judges 11:37). And when she returns, Jephthah does the unthinkable, carries out his vow and sacrifices his daughter as an offering to God (Judges 11:39).

Jephthah is a man who feared God. In the account he uses the covenant name of the Lord, Yahweh. He was a man of personal faith. Hebrews 11:32 even mentions him as a hero of faith.

But despite his faith, his knowledge of God was lacking. Being a person of faith is essential but it isn't enough. The reasons he lacked knowledge were because he grew up in a dysfunctional home at a time when Israel was neither following the Lord nor giving instruction in the law. Had he known the Lord better he would have known that human sacrifice was contrary to the character of God.

His knowledge of God's Word was also lacking. He didn't know human sacrifice was forbidden by God (Leviticus 20:2-5). Had he read the Word of God he would have known that. He would also have known that for the sum of about $30 CDN he could have been relieved of keeping his vow (Leviticus 27). Instead he sacrificed his only daughter.

But they are only half right. It's true you can be a Christian and know very little about God and the workings of salvation. And one may be able to get by with that kind of ignorance for a while. But a Christian of personal faith and shallow theology, like Jephthah, will be misguided at best, and dangerous at worst.

Here's an extreme example: In 2008 Madeline Neumann of Weston, Wisconsin died of a treatable form of diabetes. Why? Because her parents, people of deep personal faith, denied her medical treatment, going instead with prayer. Other believers physically abuse their children or spouse in the name of Lord. They claim a verse or two out of context, failing to regard the teaching of Scripture and the character of a loving God whom they claim to follow and aspire to be like.

Hopefully your situation is not as drastic. But perhaps you make decisions based on a shallow or vague understanding of God's Word and will for your life. You end up making poor relationship, work, and life choices again and again, and then blame God because faith in Him doesn't seem to make things work out right.

The reality is, true biblical faith is based on knowledge of God and His Word. You can't believe in the promises of God if you don't know what they are or trust a God whom you know little about.

Jephthah's faith, like any faith without knowledge, was misguided presumption. He was sincere, but sincerely wrong and paid dearly for it. Faith that is not based on the truth of God's Word will always be misguided and possibly dangerous.