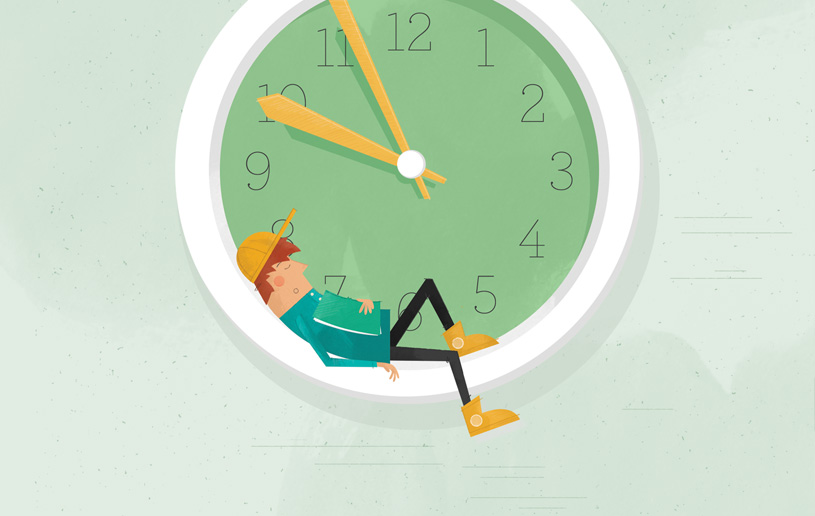 When I was a young man (and I use the term “man” very loosely here, I was still a boy at heart) in university, I wasn’t the most studious guy. In fact, I once had a professor diagnose me as possibly having some sort of learning disability. He even had me take a test to see if his theory was correct. So, I took the test and sure enough, he was right. It turns out I did have a learning disability—I believe the technical name for what I had was called lazy! To be honest with you, I didn’t finish the test. It was like four pages long—no thanks.

Anyway, even though I loved my university years and eventually got my BA in Anthropology at the University of Saskatchewan, there were some classes where I didn’t put in the kind of effort that I should have. One such class was statistics. I took the course because I always loved stats and thought it would be a fun way to get some of the credits I needed in the sciences department. Well, I was wrong, which statistically is something that happens quite often ironically enough. I didn’t enjoy the class much. Well, I’m assuming I didn’t, I didn’t actually attend very often. So near the end of the semester, when it came time for the final exam, I was in a lot of trouble. I had a really bad grade going into that last test and what’s worse, I didn’t know anything about statistics.

However, I did come up with a plan. I was going to ace that final exam, redeem myself, and prove to my professor that I had indeed learned all about statistics despite not being there half the time. Did I mention my problem with procrastination yet? I meant to, I guess I just didn’t get around to it yet. Well, I did (do) have a problem with procrastination, and I waited too long to start studying for this final. It was the night before and I literally had to learn an entire semester worth of work in one night.

Luckily for me I had a caring roommate who knew exactly what I needed to get me through the night…caffeine pills. I know it was a ridiculous solution but my roommate assured me they were safe and would keep me awake so I could study, ace my exam, and subsequently pass the course. To be honest I didn’t think it sounded like a good idea either, but I didn’t think I had a choice at that point.

So here is what happened. Well, actually I can’t really tell you much about that night, because I slept through most of it. I kept waking up and taking more pills hoping they would help, but the moment I started reading my textbook…it was off to la-la land once again.

The next day was test time and I do remember that day, way too vividly. I bombed my test sooo bad. I couldn’t even remember stuff I did know about stats. I also remember having the worst stomach ache of my life. FYI caffeine pills are horrible and they don’t work. Had I actually paid attention in my stats class I would’ve known it was statistically impossible for me to pass the course given my mark going into the final anyway. I think. To verify that I’d have to ask someone who’s taken a stats class because we’ve already established that stats is just not my thing.

It wasn’t just that I didn’t prepare well enough for that final, it was the whole semester of work (or lack thereof) that sank my ship. Not only did I waste my study time that night, but I did not use any of my class time wisely. That’s why I failed.

Colossians 3:23 says, “Work willingly at whatever you do, as though you were working for the Lord rather than for people.” We are to do everything as if we’re doing it for the Lord. I didn’t used to look at time this way, but I do now. And for full disclosure, this is two nights before the deadline to have this article written. So, although I didn’t learn stats, I did learn I needed to use my time wiser. And although I’m getting better I’ve still got a way to go…just not with caffeine pills anymore.