Paul: Living and Leading with Limitations 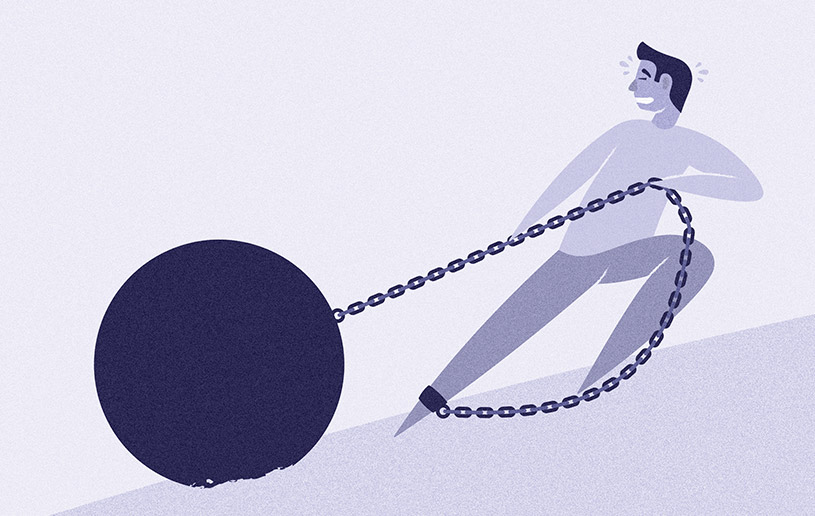 There is much we could focus on in the Apostle Paul’s life—his scholarship, missionary accomplishments, or even his authorship of letters to the churches. But we can’t relate in a personal way to any of those things because none of us will accomplish anything close to what Paul did. There is one area we can relate to though because it touches all of us and that is living and leading with limitations.

Having a limitation does not necessarily mean a liability. Paul illustrates five attitudes required for transforming limitations into assets and living and leading victoriously.

He accepted the measure of God’s grace in his life and thereby accepted himself. “But by the grace of God I am what I am” (1 Corinthians 15:10 NIV). Once we realize everything this side of hell comes to us by God’s grace there is no room to complain about who we are or are not, or what we have or don’t have. Accepting this brings tremendous peace and contentment.

Accepting the measure of God’s grace produced a continuous humility because Paul recognized His place in God’s economy. “By God’s grace and mighty power, I have been given the privilege of serving him by spreading this Good News. Though I am the least deserving of all God’s people” (Ephesians 3:7–8). This humility put him in a mindset to further lay hold of God’s grace to handle the limitations because “God opposes the proud but gives grace to the humble” (James 4:6). The limitations were a constant reminder of his dependence upon God.

Paul was completely surrendered to God’s will, glory, and call on his life right from the start (Galatians 1:15–16). He said, “For to me, living means living for Christ” (Philippians 1:21). And as unpleasant as his circumstances sometimes were, he could affirm “that everything that has happened to me here has helped to spread the Good News” (Philippians 1:12). Spreading the Gospel was more important than his limitations.

Paul’s greatest limitation was personal and called his “thorn in the flesh.” Although there has been much speculation about it, the exact nature of it is unknown. He handled this by first praying for its removal (2 Corinthians 12:8)—always a good initial response to limitations.

In the course of reflection and praying about this thorn He realized God wasn’t going to remove it. He realized God had another purpose in mind which was to keep him from becoming proud of his accomplishments. Paul also rested in the truth “that God causes everything to work together for the good of those who love God and are called according to his purpose for them” (Romans 8:28). In response Paul reframed his adversity into an advantage.

Instead of a cure for his thorn he was given grace to bear it. Giving Paul grace was God’s means for him to not only bear the thorn patiently but was and still is His means to superseding limitations and turning them into an advantage. Grace is God’s way to display His strength and power in us. Paul’s weaknesses then became a vehicle through which he would be refined to be more like Christ and with Paul’s ego and self-sufficiency out of the way the power of Christ could more readily work through a humble Paul. By reframing Paul transformed limitations into strengths.

Having understood how God’s grace works in view of limitations and reframing his limitations and weaknesses Paul then chooses a positive attitude toward them. His attitude was not one of passively enduring them but to actively glory in them. He valued them as instruments of humbling and channels of grace to Him which God made available (2 Corinthians 12:9). He chooses to boast about them and to take pleasure in them because of what God accomplished not in spite of them but because of them.

Our limitations may not be like Paul’s but none of them need defeat us. We too may transform them using the template Paul gives us. By understanding and trusting that God has His purposes in them, we too can be victorious and fruitful and, even because of our limitations, be strong.