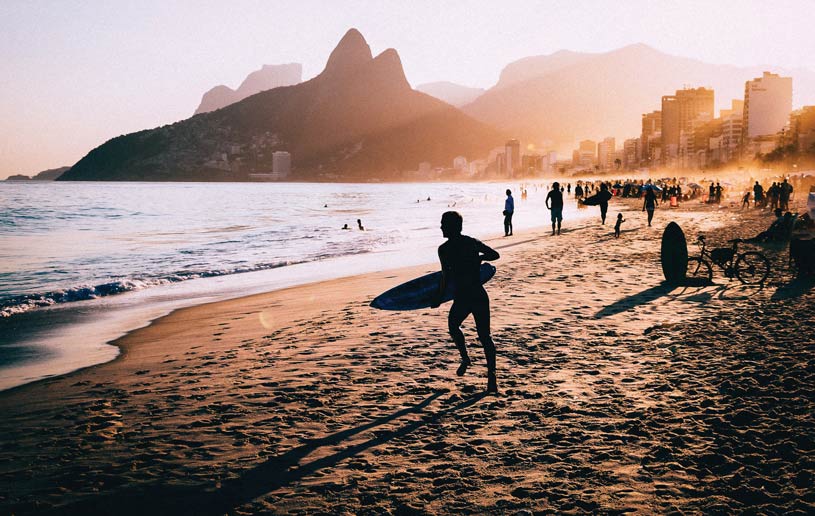 I’ll never forget the first time I held my first granddaughter. Born prematurely, she was tiny—her little feet only half the length of my thumb! She was malnourished because her umbilical cord hadn’t worked properly. My daughter-in-law had eaten a healthy diet and produced all the nutrients the baby needed, but the umbilical cord hadn’t passed them on. The baby had been starved.

When I look at my country, I see a similar story. Most people in Brazil call themselves Christians and have access to the Word of God. Nonetheless, Brazil is like an undernourished baby—spiritually starving. The church should be feeding God’s Word to Brazil’s hungry souls, but the “umbilical cord” is compromised.

A vast country, Brazil’s coast stretches 4,600 miles. Its inland sprawls nearly 2,700 miles north to south and east to west, making it larger than the 48 contiguous United States with a population of more than 200 million.1 In big cities like São Paulo and Rio de Janeiro, you’ll find some gospel-preaching churches. But outside the metropolitan areas, whole communities haven’t been reached. Entire groups of people have been excluded or forgotten, and we lack churches and trained leaders to teach them.

Even in the cities, churches often only serve spiritual “fast food.” What would happen if you fed your toddler a diet of hot dogs, chips, and soda pop? The toddler might appear well-fed, but his or her weight would disguise a dangerous lack of nutrition inside. In Brazil, many churches are like overweight but undernourished toddlers.

Many pastors offer easily accessible, appealing content. But it hides a weak gospel. The teaching may look tasty and easy to swallow, but it’s shallow—a meal with no nutrients. Worse, many preach a false gospel of prosperity, selling “miracles” and “blessings” to fill their own pockets. All the while, the souls of people remain impoverished, starving, and lost. Desperate for nourishment, people try to fill their empty “stomachs” with all sorts of other dangerous religions and spirituality. Truly, Paul’s warning could’ve been written about today’s Christians in Brazil:

A time is coming when people will no longer listen to sound and wholesome teaching. They will follow their own desires and will look for teachers who will tell them whatever their itching ears want to hear.  They will reject the truth and chase after myths. (2 Timothy 4:3–4)

Razão Para Viver (RPV), the Portuguese-language version of Insight for Living, offers a banquet of healthy spiritual food harvested directly from God’s Word. From São Paulo to the remote Amazon Jungle, we are serving God’s hardy, life-giving Truth to everyone, regardless of social, spiritual, or cultural background. In a world where false messages flood the religious markets in an array of appealing packages, we don’t change the Word or make its truth easier to swallow or digest. RPV offers God’s true bread for the spiritually hungry—Jesus, the “bread of life” (John 6:35)! Insight for Living Ministries is the healthy “umbilical cord” God is using to feed that starving nation.

But there is so much more to do! And right now, the table is set better than it ever has been. Through social media, the people of Brazil have exposed systemic corruption throughout the country on every level—government, public, and religious. As scandal after scandal has come to light, hopelessness has spread rampantly. Men, women, and children line the streets, banging saucepans and crying out, “No more!” They are starving and desperate for change.

RPV is committed to being the voice that rises above the clamour, shouting, “There IS hope!” Beyond the broadcast, we are travelling throughout Brazil, teaching pastors and lay leaders how to prepare for themselves and others spiritually nourishing meals using Chuck Swindoll’s personal Bible-study methods. These methods, which Chuck explains in his book Searching the Scriptures: Find the Nourishment Your Soul Needs, are designed to help people become spiritually self-sustaining.

Through partners who have joined us with gifts and prayers, we are equipping Christians in Brazil to feed themselves and others, speak up for truth, and be the change they long to see in their country. We are giving them the tools to rebuild Brazil from the inside out. Most importantly, we are pointing them to the only Hope that never fails and always satisfies.

Fernando Bochio is the pastor of Razão Para Viver