Not Buying Into the Hype 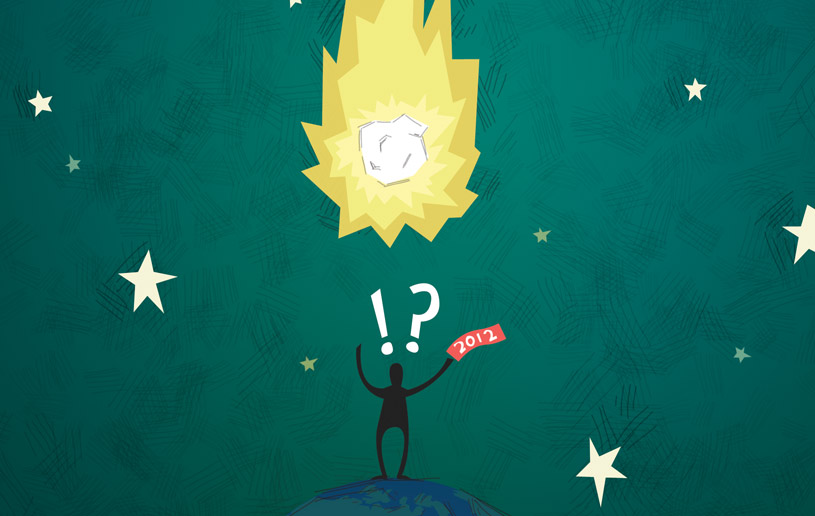 I remember it like it was yesterday, driving home early January 1, 2000 and gazing at the empty streets and closed businesses.

It seemed like a ghost town. Sure I knew I wasn’t witnessing the rapture in action or the end of the world. This was just a city recovering from millennium celebrations. So why was there a twinge of doubt in the back of my mind? My thoughts ranged from “Did Y2K really strike?” to “Why wasn’t I raptured with everyone else?”

Silly as it sounds, I know I’m not the only one whose theology got muddled with the hype of yet another “the end is near” scare. Look at all the attention Harold Camping’s End of the World 2011 predictions received, even though he had already been discredited as a prophet. And what about the 2012 phenomenon? When the Long Count Mayan calendar ended on December 21, 2012 some people predicted Planet X or solar flares or an asteroid would destroy Earth. And this is despite the fact scientists said any of those catastrophes were impossible.

The truth is end times and date setting is big business. People tend to have an emotional reaction when faced with frightening messages of doom and gloom and often their fear translates into large purchases lacking critical thought.

But this is nothing new. In the 1950s Wisconsin Senator Joseph McCarthy rose to power and fame by capitalizing on America’s fear of communism. He made hundreds of unfounded accusations of politicians, business owners, and celebrities sympathizing with communist ideals. Thanks to what is now known as “McCarthyism,” many of these people lost their careers and livelihoods even if the accusations were later found to be false.

McCarthyism reared its ugly head again after 9-11, when many Muslims were accused, arrested, detained, humiliated, and more without proof or cause. Even now there is a palpable distrust between people groups who differ religiously, politically, or racially. People are afraid to trust each other, lest they be fooled and terrorists strike again.

So should we be surprised when the Harold Campings of the world step up to make wild, unfounded predictions and people buy it? With fear as the propelling force for decision-making, and critical thought and biblical knowledge lagging behind, the line between truth and fiction becomes irrelevant.

In the face of these situations, how do we avoid getting swept up in the hype and losing ourselves to fear and doubt?

The key to keeping your head is Bible knowledge. A good contrast to the hype of end times is Matthew 24—it’s encouraging to know even the disciples wondered when the end would come (verse 3). So what should our response be when people tell us the end is near? What about when people tell us it will happen on an exact date?

More than once in the Bible Jesus warned against setting dates. Yet people continue to do so. Chuck Swindoll in his message More Seals Broken…More Lives Shaken and Taken says, “Let me give you a tip about that. Never follow a teacher who sets dates regarding prophecy. That person is not reliable. Jesus himself said not even angels know the precise moments. So believe me neither do we who are on this earth know the precise date or day.” Matthew 24:36 says no one knows when the end is. As well we can be assured that it will happen without warning (verses 40–44). Therefore, anyone who tries to tell us otherwise is incorrect.

But this “not knowing” shouldn’t be something to fear. In fact, we’re told not to be afraid of the end. When we put our trust in the Lord and as we live in God, 1 John 4 tells us our love grows more perfect. And “such love has no fear because perfect love expels all fear. If we are afraid, it is for fear of judgment, and this shows that his love has not been perfected in us,” (1 John 4:18). When we are filled with God’s perfect love, there is no room for fear.

We live in a time where fact and fiction are confused with feelings. People believe what they feel over anything else. In this light, it is more important than ever to remain rooted in God’s Word and in His love, so we will not be caught up in the hype of another prediction, or another impending disaster. We must not give into fear because, like Pastor John MacArthur says, “Our hope is not placed in the Antichrist. Our hope is placed in Jesus Christ.” And that’s not scary at all.